Nothing expresses love like a country song. As we scan the past few decades, I have come up with the top 20 greatest love songs ever made. I did massive research in making this top 20 list and it was very hard coming to this list as there are many songs to look at. Based on popularity, number one rankings, and fame, we now take a look at the first segment of top country songs beginning with the #20 song on the countdown. I hope you enjoy it as much as I did creating this amazing list. Thanks for your support. To the list beginning with #20.

DOLLY PARTON "I WILL ALWAYS LOVE YOU"

The number 20 spot on the list goes to legendary country singer Dolly Parton. "I Will Always Love You" was first wrote by Dolly Parton in 1973. The song was first released in April of 1974. It has been re-recording twice since then, once in 1982 and another time in 1995. The single was produced by Bob Ferguson. It was recorded at RCA Studio in Nashville Tennessee. The song is believed to be wrote to a former partner of Dolly Parton, Porter Wagoner. After being released, it hit number one on the Billboard Hot Country Chart a month later.

THOMPSON SQUARE "ARE YOU GONNA KISS ME OR NOT

The number 19 spot on the countdown is a recent hit song sung by Thompson Square called "Are You Gonna Kiss Me or Not". The song was written by Jim Collins and David Lee Murphy. The song was first released in July of 2010. It was produced by New Voice Entertainment. Upon release, it became very popular and was a "feel good song". It hit number one on the Billboard U.S. Country Songs Chart and thirty-two on the Billboard Hot 100 Chart.

KENNY ROGERS "WE GOT TONIGHT"

The number 18 spot on the list goes to another legend of country, Kenny Rogers. His hit "We Got Tonight" was recording in 1983 and released in the same year. Bob Seger had released the song in 1978, which was written by Billy Preston and Bruce Fisher. The song hit number 3 in the country chart and 18 on the Billboard 200. The song was Platinum in U.S.A. and Canada. Rogers worked with Lionel Richie on the song and many others. Rogers did do better then Seger on the charts, Seger held a 13 ranking on the chart. Shenna Easton also sung the song with Rogers.

BILLY DEAN "IF THERE HADN"T BEEN YOU

Number 17 on our list goes to Billy Dean for his song titles "If There Hadn't Been You". He is more so remembered for "Billy The Kid". The song was released as a single, the 4th single of the "Billy Dean" collection. The song hit number 3 on the Country Chart and reached number one on the RPM Country Track Chart. The song was written by Ron Hellard and Tom Shapiro. The label was SBK/Liberty. It was produced by Chuck Howard and Shapiro.

The number 16 spot on our countdown goes to Travis Tritt for his hit song "Anymore". The song hit number one both in the United States and Canada. It was also number 64 in the greatest music video program hosted by CMT. The song was written by Travis Tritt and Jill Colucci. It was produced by Greg Brown and it was under the Warner Brothers label. At the time, it was Tritt's second number one hit in the U.S. and fourth in Canada.

I want to thank you for reviewing the first segment of th greatest country love songs 16-20. Be sure to check out the second segment coming soon which will have songs 11-15. There were thousands of love songs produced over the last few decades and it has been difficult to analyse all the songs. Therefore, there will be an honorary segment for some of the songs that just missed the top 20. It will now be a five part series. 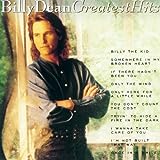 If There Hadn't Been You
Buy Now