Taylor Swift's New Reputation: My Review of the First Single From Her Album Reputation

Missy is a unique writer who enjoys inviting her readers into her thoughts through her poetry and other topics of discussion.

Welcome to the 2000s and the millennial era! Taylor Swift is one of these artists of this generation Y movement. Therefore, it doesn't seem so out of character that at times she acts like a spoiled brat who has narcissistic tendencies and displays that in her songs. However, it is the generation X audience, like myself, who takes these new-age artists as boring in their attitude, and whining little babies with how they sing their lyrics.

Speaking for myself and to give my opinion here a reason, the sheer unpleasant outpouring of judgmental behavior with these new-age artists has me constantly wishing music would take a turn back to the days where a song had a celebration or a brave purpose.

As a result, this is my observation of one of the most popular millennials of all; Taylor "just grow up" Swift. I think you will find that my review of this artist matches the description of her personality well. At the same time, I do finally give props to her for a bravery in her latest single, but don't get too optimistic while reading my kudos to her slight change of attitude. I doubt I will ever be a fan of hers.

Nevertheless, of course, the show must go on and this is the generation we are stuck with at the moment; Bieliebers, Swifties, and The Directioners. Hey, but all is not lost to this era. At least we have Lady Gaga and her Little Monsters, right?

Taylor and Her Loss of Innocence

I've never really been a Taylor Swift fan, but I can remember her original hit and watching her first video for the song “Tim Mcgraw.” I would also watch her when they did interviews with her as a new country artist, and Taylor was a sweet girl with a simple dream – to be a country music artist.

As time went on, her transition was disappointing, but not shocking as most young and old celebrities both seem to get caught up in the fame game. Therefore, I didn't like her so much when she did this as well. I never thought she had an excellent voice, not even when she came onto the scene, but she had an innocent want, and I respected that about her when she started out.

Look What You Made Her Do

Even though Taylor seemed to have lost her sense of beauty to a simplistic dream when she became famous, I must say that I do, again, respect this new Taylor, and her "Look What You Made Me Do" song as a brave and fearless clap back at her haters and most surprisingly herself. Do I like the song though? Well, again, I like the bravery and realization of her actions, and I am very pleased with the light bulb that must have gone off over her head, which finally made her see the actions of others, along with her own, as being silly and just wrong.

However, as I was standing at the banana cart in the grocery store today, and her new song came on over the loud speakers, I did envision the nagging image of cheerleaders doing a dance routine at a football game. For me to dance to this song, I would feel like a robot making stiff arm motions and claps; marching around to get ready for stunt time and dismount. Alright, alright...I know that's silly, but the song's beat, to me, is exactly that type of cheesy rhythm – that’s just my opinion.

Finally Finding a Strength From Her Adversities

Sadly, I still cannot claim to be a Tay Tay fan, and as I like her brand-new song for the rebellious bitch slap that it is, I cannot say that it will ever be one of my favorites on the pop chart. I believe if more of her songs on this album reach a new level of maturity, then who knows, I may be charmed enough to give Taylor her gracious due as an adult finally.

I Must Give a Smidgen of Respect to Taylor and a Few Other Young Artists, But I'm Still Not a Fan

In future listening ventures I take; I doubt Taylor Swift will be an artist whom I will want to plug my ear into, or even buy an album of hers, for that matter. Nevertheless, I did feel compelled to write a little review of this latest change she has made.

As a matter of fact, it is an interesting time in music that I must admit has captured my attention. From artists like Miley Cyrus and Katy Perry, it seems Taylor has joined in on the - out with the old and in with the new image type of outlook this year. I kind of like that these young artists are finding themselves in bold fresh ways. I respect change. I marvel at it, and feel that it is a necessary part of life. To find the final phase of who you will become, many changes must take place.

Therefore, again, I’m really satisfied to see such changes with Taylor and the other artists mentioned, and if they don’t fall back to judgmental persuasion and lyrics with the cry me a river themes; if they indeed stay on track to a creativity of growth and self-discovery, then I believe they will rise to the occasion in the music world. They will become great memorable artists for generations to come, and not just do you remembers…

Tune Into Your Favorite Itunes Radio Station and Tell Me Who You Are Listening to?

Who Is Your Favorite Millennial Singer/Songwriter? 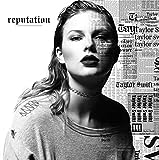