Stars in my eyes

I like a good movie as much as the next guy. In fact, I’ve been known to enjoy famously bad movies, including Howard the Duck and the Hercules flick starring Lou Ferrigno. Sitting in theaters mindlessly munching popcorn and sipping Coca-Cola as an action picture or drama unfolds before my eyes, certain actors and actresses eventually stand out for their charisma, grace, or beauty.

This is not a best actor and actress list. While some of these folks are Hollywood greats, all are not necessarily A-list performers. Other Hollywood stars might be wealthier, more attractive and more famous. This group comprises a list of stars I find intriguing and would enjoy meeting. They are mentioned here in random order, evinced by the probability that I would rather meet Jessica Alba than Richard Gere—no offense intended to Gere. 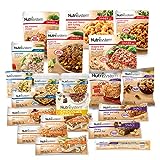 I'm pretty sure these folks want to meet me

Dustin Hoffman: The star of scores of films including All the President’s Men, Kramer vs. Kramer, Tootsie, Rain Man and the Graduate, I first noticed Dustin Hoffman in a small feature entitled Straw Dogs. He played a mild-mannered husband terrorized by a group of workers and thugs, and mustered an unsuspected ferocity in fending off his attackers with deadly finality. My favorite Hoffman performance, however, was as the tragic Ratso Rizzo in Midnight Cowboy. Why I’d like to meet him: He seems thoughtful and doesn’t display a lot of ego, a Hollywood rarity.

Kate Winslet: This beautiful actress first came to my attention as Rose Dawson in Titanic. Winslet walks an unusual path in Hollywood, starring in thought-provoking films such as Little Children, the Reader, Eternal Sunshine of the Spotless Mind and Revolutionary Road. She projects charm and sophistication in even the most unsophisticated of roles, and I will watch almost anything she stars in. I enjoyed her work as the repressed housewife in Little Children, but Kate Winslet will always be remembered for Titanic. Why I’d like to meet her: She is a soft-spoken, intelligent and classy lady.

Will Smith: Busting out in the television series The Fresh Prince of Bel-Air, Smith quickly moved on to blockbuster movies like Men in Black, Independence Day, I Am Legend, Ali and many more. There is seemingly no role Smith can’t excel in. He conveys a natural charm and wit on-screen, no matter what character he’s playing. Why I’d like to meet him: He’s a successful television and movie star, a rapper, and he’s married to Jada Pinkett-Smith. He comes across as one of the most likable guys in Hollywood.

Valerie Bertinelli: I have been in love with Valerie Bertinelli ever since her role in the 70s series, One Day at a Time. Bertinelli is cute and beautiful and funny and charming and I just love her. Gaining national fame as a Jenny Craig spokesperson after years of obscurity, she is much admired for publicly challenging herself to lose 40 pounds. She looks terrific, and I was in love with her even before she lost the weight. Why I’d like to meet her: I admire her for accepting a public challenge to lose weight, and then following through with it.

Jack Nicholson: The star of too many films to mention. If you don’t know what Nicholson has done, well—where have you been? He’s delivered some of Hollywood’s most famous lines, including “Heeeeeeere’s Johnny” from the Shining and “You can’t handle the truth!” from A Few Good Men. He also offered a surprisingly sensitive portrayal of Shirley MacLaine’s friend and lover in Terms of Endearment. Oh, yeah…he played the Joker in Batman and has been a fixture for decades at Lakers games. Why I’d like to meet him: Few people seem to enjoy life as much as Jack.

Miley Cyrus: Star of the Disney television series Hannah Montana and their feature film, Hannah Montana: the Movie. Cut me some slack on this choice, okay? I know she is a teen idol and many consider her lacking both as a singer and actress, but she has a presence about her that I like. She has a good sense of comedy (even if it is currently geared toward teens) and just seems like fun. If I was a teenager, I would be in love. Why I’d like to meet her: She’s cute, she’s funny, her Dad is funny and she has a secret identity.

Arnold Schwarzenegger: He played a robot from the future in the Terminator movies and a barbarian in the Conan flicks. In between he starred in Commando, Red Heat, the Running Man, Total Recall, Twins and Kindergarten Cop. He was also Mr. Freeze in Batman and Robin. Schwarzenegger was also a seven-time Mr. Olympia and currently serves as the Governor of California. Why I’d like to meet him: Bodybuilder, actor, and politician—how can you not want to meet a guy with a resume like that?

Gillian Anderson: A fantasy-figure for SF geeks everywhere, Gillian Anderson is most famous for her role as Dana Scully on the hit television series, The X-Files. Anderson is beautiful in an off-beat way, and her intellectual portrayal of Scully on the X-Files won the hearts of Science Fiction fandom. Her credits include work in The Turning and The House of Mirth and an abundance of theatrical work, but to most Americans she is Special Agent Dana Scully, and I wouldn’t have it any other way. Why I’d like to meet her: The Science Fiction geek still lurks within me.

Richard Gere: His best movies always seem to be films in which he dresses well, such as American Gigolo, An Officer and a Gentleman, and Pretty Woman. A personal favorite was Primal Fear, which stars Gere as a lawyer convinced his client is suffering from a multiple personality disorder. The ending is truly surprising, and Gere was memorable in his role. Why I’d like to meet him: He’s a former husband to Cindy Crawford, a practicing Budhhist and campaigns for ecological causes. As far as Hollywood goes, this guy is pretty deep.

Jessica Alba: The only actress to make my list just because of her beauty. She first appeared in the short-lived television series Dark Angel. She is not the best actress around, but this lady is stunning. Her credits are fairly lightweight with roles in Sin City, the Fantastic Four movies and Into the Blue, but this dazzling woman is sufficiently beautiful to capture my attention, regardless of what she is acting in. Why I’d like to meet her: She’s flat-out gorgeous. Did I already mention that?

Well, there you have it, my friends—ten Hollywood stars I’d like to meet. In fact, I have a great idea: maybe one or two of ‘em could swing by and pick me up for dinner sometime next week. If they want to pay for the meal, I’ll get the tip.

If you enjoyed this article, please read Ten More Hollywood Celebrities I Would Like to Meet. 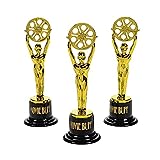