Ten Things That Should Happen in the Final Season of Smallville

The CW Network announced that Smallville will return for a tenth and final season.  Reminiscent of the final Star Wars movie, what’s supposed to occur next in Clark’s life isn’t a mystery.  Fans know what will happen; they’re tuning in to see how it happens.  The only way the Smallville writers will satisfy viewers is to anticipate what they want to see and give it to them.  Case in point:  Tom Welling said from the outset that he never wanted to wear the Superman costume.  That’s certainly understandable, but if he doesn’t put on the red and blue tights at least once, the viewers will be disappointed.  Perhaps that’s a moot point in a final season, but it shouldn’t be.

It has been suggested that the major villain for Smallville’s final season will be Darkseid of Apokolips from Jack Kirby’s New Gods.  Darkseid would make an intriguing opponent, but another alien foe in the tradition of Zod and Doomsday further removes Smallville from its “life on the farm” origins.  The transformation to superhero/action series was inevitable, but efforts should be made for the series to reconnect with its roots in the final season.  The show should not just be a look ahead toward what Clark is about to become, but a look back to where he came from.

I can’t speak for any other viewers, but to make it easier for the writers to keep me happy during this last season I will make a list of what I want to see take place in Smallville’s final year.  My list will include things fans of Superman comics should appreciate, and I’m sure viewers will support at least a few of my ideas.

Smallville and Superman merchandise from Amazon.com 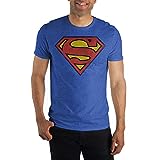 Smallville: the beginning of the end

Ten things that should happen in Smallville's final season

1. Clark should wear glasses full-time unless operating as Superman (costumed or not). Clark told Lois in a prior episode he was getting near-sighted, but only wore glasses around the office once. In this final season he should wear his glasses whenever he appears in public as Clark. It isn’t an issue if he’s hanging around with Chloe or Green Arrow but Lois Lane, Perry White and the rest of the Daily Planet staff should never see him without glasses.

The Daily Planet must be integral to Clark’s activities; currently, both the Planet and the Kent farm are little more than a meeting place for Clark and his gang. One has to wonder how Clark keeps his job.

2. Introduce Clark and Green Arrow to Bruce Wayne. Clark doesn’t have to encounter Batman, but he should meet the person who will become his greatest ally in the future. In fact, it might add credibility to the notion that it has taken Clark a decade to embrace his destiny if Bruce hasn’t yet created his Batman alter ego. It would be a nice touch if Bruce could somehow help the Justice League solidify their status as a super-group.

3. Clark should meet Wonder Woman. I know this is nearly impossible, but Batman and Wonder Woman are the two most significant heroes in Clark’s future. In some respects, it is a shame Serinda Swan has already appeared on Smallville as Zatanna. She is a rare actress with the physical beauty to play Diana Prince/Wonder Woman (without blowing the budget on a big-name guest-star). Similar to an encounter with Bruce Wayne, the Wonder Woman costume would be nice but not mandatory. Diana Prince would suffice.

4. The Justice League should operate in an official capacity. Martian Manhunter and Zatanna should be included as members, but Chloe shouldn’t be associated with them—they don’t really need her (and it has been suggested Chloe might not survive the final season, anyway). Seeing the Martian Manhunter in his green-skinned persona would be a nice touch. This episode should be longer than normal, similar to the ninth-season “Absolute Justice” episode featuring the Justice Society.

5. Bring back The Justice Society. The “Absolute Justice” installment was well-done and cries out to be reprised. It would be nice to see them interact with the Justice League, but only if a suitable opponent could be found. Icicle wasn’t really a match for the JSA, and it would take a special opponent to challenge both the Justice League and Justice Society. Perhaps Darkseid should be their adversary—it wouldn’t be far-fetched to require both the JLA and the JSA to defeat the Lord of Apokolips.

6. The Legion of Super-Heroes should return. Reprogram Brainiac and feature him in the Legion as Brainiac 5. This would give us a final update on both Brainiac and the LSH. It would be appropriate if they changed the past and brought back Jimmy Olsen, realizing his importance in Clark’s future and allowing Smallville to continue following the DC comics history of Superman’s future. The Legion could recruit Kara to join them in the 31st century, where she could become Supergirl and strike up a romance with Brainiac 5. This would offer Laura Vandervoort the opportunity to return for an episode, as well.

7. Let Brandon Routh guest-star as the Superman of Earth 2. Christopher Reeve and Dean Cain both made appearances on Smallville, so why not Brandon Routh? Let Routh wear the costume if Tom Welling won’t. Since there is literally no chance that would happen, let him tear open his shirt to reveal the “S” on his costume beneath it, as Superman used to do long ago in comics and television.

8. Martha Kent, Pete Ross and Lana Lang should return. It would be acceptable to bring them back under the guise of a reunion and have them appear in the same episode, but they should return as normal people—not the Red Queen, Elastic Lad and Lana-the-Kryptonite-infected-super-spy. This episode should be a nostalgic look back at how everyone has changed in the last ten years and an effort to inject a touch of normalcy to the show. A little Lois/Lana jealousy would also be appropriate as a salute to their competitive relationship in Superman comics.

9. Bring back Lex Luthor for at least half the final season. Superman needs a worthy opponent that doesn’t come from Krypton. Michael Rosenbaum has already publicly stated he wouldn’t reprise his role as Luthor, but it would be a shame for anyone else to play the part. Rosenbaum’s onscreen chemistry with Welling as Clark was a high point of earlier seasons. Luthor should be totally committed to evil, but retain a hint of regret for choosing the path he walks

10. Clark must put on the costume and fly. I realize this is actually two separate requests, but he really needs to do both. It is inconceivable that Kara, Zod and the Kandorians immediately knew how to fly, but Clark can’t get it after a lifetime with his powers. This is important: before the season ends, Clark needs to appear as Superman. All it would take to appease the fans would be for Clark as Superman to fly off into the distance at the end of the final episode.

It has been reported that Laura Vandervoort, John Glover and John Schneider will return in season 10. This is good news for fans of Kara, Lionel Luthor and Jonathan Kent. Now we need Michael Rosenbaum to return as Lex Luthor.

Never-ending battle for truth, justice and the American way

It would be easy for Smallville to maintain the status quo—fighting a super-powered villain each week and prevailing with the help of Chloe’s brains and Green Arrow’s unlimited resources. The suggested confrontation with Darkseid and Apokolips would certainly offer a wide array of colorful foes for Clark and his comrades to battle. A memorable final season should offer more than that, however—it should pay tribute not only to a decade of Smallville on the small screen, but to the iconic Superman of DC Comics and his creators: Jerry Siegel and Joe Shuster. Here’s hoping Smallville delivers.

Look! Up in the sky!

Smallville can be seen on the WB Network.  Episodes can also be seen for free online.  For more information about the upcoming season, you may refer to the Smallville Magazine available online and in bookstores everywhere.

Read more about comics characters and their creators