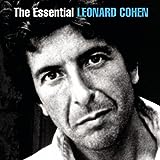 Hello viewers, in this hub I will write about the 10 best songs written by the master poet known as Leonard Cohen. Hopefully you will discover some new music that is guaranteed to change your perspective on what a good song is, but if you are already familiar with Mr. Cohen's oeuvre then this list could act as a nice compendium to revisit his work. Let's get started.

This might come as a surprise, perhaps you would have expected to see "Hallelujah" in the first position, but this song is by far the most inspired work by Leonard Cohen. This is a truly haunting song, its melody, which uses only major chords, manages to express longing and melancholy as only a great composer can. The lyrics are mind blowing poetic, and exquisitely performed, "Oh tangle of matter and ghost" he writes and when you listen to it you join him in a transcendental and sonic journey.

The manifesto on longing gets its second chapter and it is this song. Seemingly simple, but deep and honest. Every man will reach a point when this composition will speak directly to him, in a way he has written a soundtrack for all of us. This probably is amongst the best examples of pain and exuberance dwelling in the same song.

It's safe to say that this is perhaps the only song of Cohen's that people know of, most of them think it was written by someone else. The amount of covers that exist is just staggering, it seems as if every one with a guitar has created one, but at least it is easy to see why. This is a masterpiece of songwriting and poetry, it is indeed more than just a song, it is vitamins for the mind. Cohen's mastery of lyrical and musical composition make this song a lesson in music theory. The songwriters out there know the genius pun, but the musically untrained can enjoy it just as much, "The fourth, the fifth, the minor chord, the major lift" . Indeed we are truly baffled by this songwriting king composing Hallelujah.

A song about the life of a relationship, from courtship to a separation of ways. It is upbeat and soothing. It builds and builds until, by the end of the song, it reaches a climax of instrumentation that satiates and leaves one wanting more as all good relationships should.

Soft and mysterious sounds, and a hypnotic guitar picking accompany his poetry. Every word paints a world illuminated by a woman, Suzanne. You can feel the warmth of the moment, the excitement of the narrator and the love between two. "The sun pours down like honey" he says and you almost begin to get a tan.

There is no crescendo, no instruments beside his voice and his guitar, simple and sublime, songwriting at its best. At the end of the song you realize the genius of it all.

Spiritual, sacred, sensual, all at once. It is a song, it is a prayer, it is acceptance. What more can be said?

Sonic beauty. The poetry is second to none. At the beginning only Cohen sings, but when the second voice enters the song, there is no going back, it grabs a hold of you. The male and female voices seem to be caressing each other, complementing every sound and word to perfection, they sing: "Dance me to the children who are asking to be born" and you wonder, how can someone be this good?

His deep voice is accentuated by his guitar when each paragraph ends, a second guitar enters here and there and the ethereal voice of a woman appears and disappears, all of it placed just in the right moment to make this song ever interesting from beginning to end. Should I even point out the great lyrics?, The consistency is amazing.

A sad tune for a sad theme. Just befitting the end of this list. 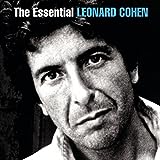