the Life of Brian 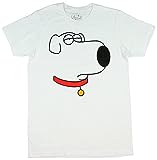 Who is the super hero?

THIS ONE"S FOR FUN!

No I didn't like Under Dog, Scappy Doo, or Scooby Dumb. So, they didn't make it.

The good old cartoons always had awesome dogs in them whether they were sidekicks or the main characters. Here are my twelve favorites.

I almost included the St. Benard from Looney Toons.I loved this nut! He would find a frozen person in an avalanche, dig them up, and make a Martini with the barrel he wore. Then he would drink the Martini! I couldn't find any footage on him though.

12. Bullseye from M.U.S.H. (Mangy Unwanted Shabby Heroes)- http://www.youtube.com/watch?v=gmPY8P9vbk8 He was a nut! This was a great cartoon from the archives.

11. The Dog from Foghorn Leghorn- The back and forth between those two was great. Great I say!

10. Charlie Dog from Looney Toons- He was 1/2 boxer, 1/2 pointer, 1/2 Doberman Pincher, and almost all Labrador Retriever. Show him a Labrador, and he'll retrieve her. http://www.youtube.com/watch?v=y06lW-odwAw

8. Frisky, the little brown terrier from Looney Toons, with long black ears. He barked all of the time and chased his cat to the ceiling with his "rawr, rawr, rawr, ". He was fun! http://www.youtube.com/watch?v=y06lW-odwAw&NR=1

6. Hong Kong Phooey- "The number one Super Guy." He was awesome and his theme music was too! The crazy janitor that knew how to kick butt!

5. Mutley, The Dick Dastardly Sidekick-Who could forget his laugh. He was awesome, though he was bad.

4. Brian, from The Family Guy-One of the smarter Griffins, he was always trying to talk sense into Peter and put the moves on Lois. His interaction with Mr. Herbert was hysterical!

3. Scooby Doo- He has his own snacks named after him! Riding around in the mystery machine all day, always put him in the mood for a Scooby Snack. I know that some of you are mad that he isn't higher, but come on, number 3 is "Row Kay!"

2. Snoopy- The lazy beagle that watched Charlie Brown bumble everywhere. He was the sidekick with a sidekick. That was new!

Courage the Cowardly Dog! What was up with that hole in his tooth? Whether he was battling the Chicken from Outerspace or a mattress demon, the episodes were creepy and he was cool! Whooooo!