The 10 best Cult Classics ever!

On the 8th day...God created lips!

What is a cult classic and which ones are the best?

A cult classic is usually a once obscure movie that has become very popular among certain "crowds".

They often have a big or recognizable cast and of course, the one liners that no one forgets.

This is a list of the best, and not necessarily my favorites. I do not write for Imbd, or A.F.I.. So this is just my list of the best as I see them. There are so many great ones (many were low budget) that this was a tough list. But, here it is!

Enjoy, and please leave a comment about my list. Also tell me what some of your favorites are and why!

Emilio at his best!

13. The Toxic Avenger- That's right! This is the messed up gem that started some careers like Billy Zane's. It was totally different, and over the top! Troma had some great ones!

12. Phantasm- A Tall, strange, man uses a morgue and some new technology to wipe out his "enemies". This was low budget and odd, but it caught on just like a cult-classic should!

11.Night of the Living Dead 1960-This was a low budget hit that ushered in many zombie movies. There was a lot to this story and the lessons in this flick seemed to fit the time and story like few movies do.

Let's do the Time Warp!

An original in American horror.

10. Taxi Driver- Robert De Niro and Sybil Shepherd come together in this legendary story of a vigilante that saves a little girl. Set in New York City, this tale takes you from a budding relationship, to a presidential campaign to a brutal showdown between to alpha males. Wish will prevail, good or evil? Harvey Keitel and Jodi Foster were also great in this one.

9. A Clockwork Orange- This was a bizarre, twisted tale, that shows how life can easily come back to revisit you. Before it shows that, it takes you on a trip through crazy land where no one can be trusted. Not even when the greatest efforts to change an evil and twisted mind like Alex's, are made.

8. The Big Lebowski- The Dude and his crazy friends are on a mission. I am not really sure that the mission made a lot of sense, but the journey there was fun! This also had a big cast and a wild story with a lot of crazy quotes, from crazy characters. Though he was psychotic, I loved John Goodman in this. He is great in so many supporting roles.

7. Repoman- Not that many have seen this one, but I always thought it was a great flick that draws the viewer right into the story. Emilio Estevez and Harry Dean Stanton were great together. As crazy and odd as this was, I could leave it out! The wild ending has a lot to do with it's appeal to generation X members from all parts of our universe.

6. The Man Who Fell to Earth - David Bowie's best work. With Candy Clark, Rip Torn and Buck Henry, this cast jelled well and carried this risk to prominence. David Bowie is sent here on a mission to save his dying planet, and well, he gets more than he bargained for.

5. Plan 9 from Outer Space (1959) - This was the ultimate Ed Wood classic! It was bizarre, loaded with mistakes and gaffes, and was just plain silly! Why do you this people love it?

4. Wild Thing (1986) - A family is destroyed by crime and drug trafficking. The criminals thought that they wiped out every member of that family who knew the secret. Thanks to some kind and generous homeless people, a young boy survived and is all grown up!

3. Nosferatu (1922) - A great horror classic that almost 100 years later, has a huge following! this was silent but very creepy. Screen legend Max Shreck brings this evil being to life and gives him a permanent place in silver screen history!

Many will want this to be number 1. It was close and has a huge following! I love the music and the acting. This story however, well. But, regardless of what any of us think, this movie brings in thousands of movie goers every year to see it and be part of the crazy crowd tradition, one more time!

Many will dis agree with number 1. , but think of the dialog, the story line, and the action. I love ....

A wild trip into a wild battle...The Warriors! 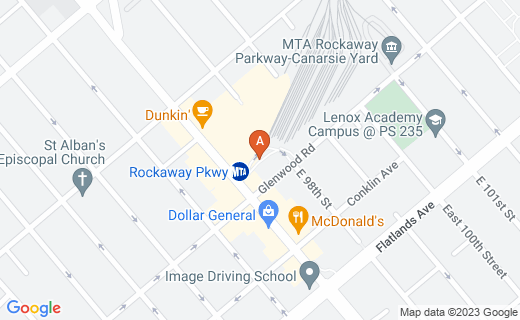 The Warriors- Come out to play-a. This was awesome and totally unique from beginning to end! The acting, intensity, and of course, the trivia makes this my favorite cult classic! Can you dig it

Who almost made it? Boondock Saints- A big cast and a cool story. This one was unique and very well done! Some of the characters in this are unforgettable.

I also like Basket Case, Reservoir Dogs, the Wraith, and so many more!