The Avengers Movie: Will It Live Up To The Hype?

Ironman, The Incredible Hulk, Ironman 2, Thor, and Captain America: The First Avenger. All of these have been leading up to one movie, The Avengers. I've never witnessed that kind of build up for one movie in my lifetime. That’s a lot of hype. And hype can be a double-edged sword. When a studio builds up a movie for that long, they better deliver, or the comic book/superhero core fans can be alienated and will never let you forget it.

I've realized that as long as a movie is looked forward to this much, it’ll make money. That’s not the issue. The trick is to not piss off your built-in audience that already loves the product. Indiana Jones and the Crystal Skull, Star Wars Episode I: The Phantom Menace, and Spider-man 3 were all huge box office successes, but each one noticeably tarnished the legacy set by the prior films in the eyes of hardcore fans. As long as The Avengers doesn't stray too far from what made all the other films leading up to it beloved, it shouldn't share the same fate. There’s an audience already there with each superhero represented. All they have to do is give them what they want.

I’ll just give a very brief synopsis of the Avengers-related movies that were made in the last few years. My apologies for not going into deeper detail with each of these, but do yourself a favor and take the time to watch and appreciate them yourself if you haven’t already done so.

In 2008, Ironman came out with Robert Downey Jr. and exploded on the scene. With arguably the least well known of the four heroes starting the series off, I’ll admit I was a little surprised by the immediate success of the film. It was, however, telling of the quality to come. This was an origin story, like many others here, with just the right amount of action and snarky humor that is Downey Jr.’s specialty. Tony Stark is an inventor that builds an iron suit to escape captivity in the Middle East. Then he decides to fight the bad guys with it who stole his old technology and supped it up. Bad guy loses and the good guy wins. Stark tells the world he’s Ironman to show that these movies wouldn't be the angst-filled superhero movies we’re used to. No one will be hiding behind masks and worrying about being found out. After an after-the-credits scene, which became commonplace for these movies, peacekeeping organization (S.H.E.I.L.D) leader, Colonel Nick Fury, propositions Tony Stark/Ironman. Fury exclaimed “we’re getting a team together.”

I never had the patience to sit and read comic books as a kid. I've learned everything I know from movies, cartoons, and video games. Even I knew right away what was going to happen, but I’d have to have some patience this time around. The payoff wouldn't happen until over 4 years later.

Later in the same summer, The Incredible Hulk came out starring Edward Norton as Bruce Banner/The Hulk. An actor just as perfectly suited for his character as Downey Jr. was for Ironman. This had nothing to do with The Hulk just a few years earlier. Most Hulk fans like to pretend like that movie never happened…it was a disaster.

A story most people are familiar with, Banner struggles with his ability to turn into a giant, uncontrollable, green rage monster when he loses his temper. The army tries to hunt him down, but Hulk is just way too powerful. Banner also tries to find a cure, but that ultimately fails. He ends up having to fight and beat another (different colored) rage monster made by said army with the same gamma radiation process that accidentally made The Hulk. We’re left with the image of a hidden Bruce meditating and looking up at the camera with green eyes, alluding to the fact that he’s beginning to learn how to control his power. Can he control his power and be a teammate in The Avengers, or will his inability to control his temper end up being an enemy in itself? There's another scene in a bar where the general is propositioned for Banner to join the team, seems a little out of place since the general doesn't necessarily control him...or even know where he is.

It was learned by the public soon after the movie that Edward Norton would not reprise his role in The Avengers after his and Marvel’s negotiations broke down. Norton actually recommended his real-life friend Mark Ruffalo for the role and Marvel ended up agreeing with him after the audition process. Ruffalo will be portraying Bruce Banner in the upcoming film.

In 2010, Ironman 2 came out and built upon the success of the first movie. Both War Machine and The Black Widow are introduced and will also be featured in The Avengers. War Machine was originally supposed to be played by Terrance Howard, who was in the first movie as Stark’s friend and Air Force officer, but he wasn’t interested in being in this movie as well. Actor Don Cheadle took over Howard’s role and got to put on the armor similar to Ironman’s…think less lasers and more guns. The Black Widow (Scarlett Johansson), is a martial arts specialist and Nick Fury’s right-hand woman. She adds some much-needed eye candy to the group in her skin-tight leather uniform. The movie centers on fighting a genius making new remote-controlled robots. And a Russian (Mickey Rourke) madman, also pretty smart, that uses Stark’s original suit plans to make laser whips.

The bad guys get beat by Ironman and War Machine. Big explosions and great action a plenty. Nothing else much to say about that except that Stark finds a video made by his genius dad that helps him upgrade his armor and save his life. We’re one step closer to the big payoff.

Thor came out in the spring of 2011, and like every other film mentioned here, was a huge moneymaker and critically-acclaimed. The god of thunder (Chris Hemsworth) shows us that what our ancestors thought was magic was just technology we didn't understand. Much of the names and places mentioned in this movie are "real" in Norse mythology. He’s from another planet named Asgard. He’s young, brash, and inexperienced. For these reasons, he’s cast out to Earth as punishment for attacking his enemies without his father’s approval. We also see for just a moment Jeremy Renner, the actor that will play another S.H.E.I.L.D employee and hero, Hawk-eye. The skilled archer will join the good fight in this summer’s blockbuster as well.

This movie gives us the main villain for The Avengers, Thor’s brother Loki (Tom Hiddleston)…also known as the god of mischief in ancient mythology. It turns out the Loki is a frost giant, their main enemy, that was adopted and raised without knowing that fact by their father Oden. The bridge between their world and ours is lost when Thor is forced to destroy it because Loki attempts to kill the planet of the frost giants, burying his new-found past in the process. Thor is stranded on his home planet. Loki then steals the frost giants glowing power cube and somehow teleports to Earth and hides there. The movie ends with Thor’s love interest, played by Natalie Portman, attempting to find a way to reopen the road between the two worlds. Since Thor is in The Avengers, I’ll take a wild guess and assume she figures it out between then and now.

Again, after the credits we’re treated to another scene. This time it shows the first preview of The Avengers. The whole team is showed, along with Loki, and tons of explosions. Oh Joy! Now the special group just needs a leader.

Captain America: The First Avenger came out in the summer of the same year of 2011. In my opinion, it was genius to save Captain America for last. This brings the anticipation to a crescendo leading up to the summer 2012 release. It turns out that this is kind of a period piece, set during the battle against the Nazis in World War II. A skinny nerd, Steve Rodgers (Chris Evans), can’t get into the army and fight for his country the normal way, volunteers to be a guinea pig for a top-secret government program. The experiment, headed by Tony Stark’s father, is injecting a super-soldier serum and seeing what happens. This turns Rodgers into a strong, fast, and exactly what the serum says, a super soldier.

It turns out that the never-ending, incredible, energy source shown in Thor wasn’t new to Earth after all. Captain America’s traditional nemesis, The Red Skull, is a former serum guinea pig that also happens to be an evil Nazi. Because the serum wasn’t perfected then, he’s got a scary red noggin, hence his nickname. After obtaining the glowing power source, Skull uses it to power his high-tech weapons and tries to take over the world. On their way to America, Cap kills The Red Skull, but in the process he gets crashes the plane and is frozen/buried under the ice in the Arctic. Fast forward for present day, Cap is found and thawed out…forced to come to terms with the death of everyone he knew.

After the credits, yet again we’re shown an extra scene. Nick Fury returns to ask Steve Rodgers to lead his team of superheroes. After really beating the hell out of a heavy punching bag, he seems to accept. Everything is set up and we’re again treated to a preview of The Avengers.

I’ll jump back to the beginning of this article. Loki will be the main villain of The Avengers, so it shouldn’t fall into the “too crowded” trap that’s captured a lot of movies in the recent past; at least it won’t with the enemies. The key here is successfully balancing all the larger than life superheroes with each other all in one story.

This movie will be huge, and there’s no doubt it will make bank. The only question at this point is will it be any good? In the fan’s minds years from now, will it be thought of in the same vein of Spider-man 3 or The Dark Knight. I, for one, can’t wait to find out.

A lot of information regarding The Avengers and its June 2011 release is out there now and has been for some time. In my opinion, it looks amazing to say the least. Check out the official trailer at the bottom, and vote and/or say what you think. 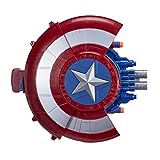 So do YOU think The Avengers can deliver what it's been promising for a couple years now?

Check Out Some Of Skinsman82000's Other Movie Hubs