The Best Acoustic Tracks of the 90's

The Nineties was a time full of great music with the Madchester Scene becoming part of Britains pop culture but it was not just about those bands there was lots of theres to choose from.

Acoustic tracks were common with some of the best songs having one or having an acoustic version released.

Here is my top 8 acoustic tracks of the 90's

This song is just so me and it sounds great played acoustically.

It was released in 1997 and the original released version uses Electric Guitars but still has an acoustic edge. 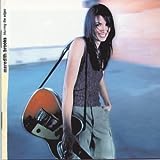 What's Up by 4 Non Blondes

This is a song that I still love singing along to today. 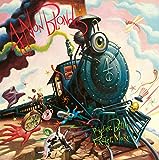 Wind Of Change by Scorpions

Released in 1991 this is a song about the fall of the Berlin wall and the changes it would bring.

I love the lyrics as well as the track that does have some acoustic guitar in it.

Losing My Religion by R.E.M

One of my all time favorite 90's songs that can be classed as an acoustic track.

One Week by Barenaked Ladies

Another one of my favorites, this one at times makes little sense.

Don't Speak by No Doubt

Not only is this a great Acoustic Rock track but it has some great Spanish style playing in it to.

This was the first 'real' song I taught myself on acoustic guitar. I love the track and Oasis in general.