The Dark Knight (Batman Movie) - A Ray of Hope for a failing franchise.

The Dark Knight - If you haven't seen it, see it soon

The Dark Knight represents the second ray of light in the Batman Movie franchise, and it is much needed! As bright as this bat-symbol of hope is, this movie is surprisingly dark, menacing, and just downright mad.

But this Franchise nearly died in the mid 90's ... Batman Begins and The Dark Knight have worked hard to save this dying franchise.

The star-studded cast (The Dark Knight) delivers an excellent performance; a performance deserving of its place in Heath Ledger's shadow, as he becomes the Joker in a quintessential display of what acting can truly do to a movie. Every scene involving the Joker is so captivating, and provocative, you lose the sense that you are watching a movie.

Batman Begins (the first ray of light for this franchise) was an excellent turning of the leaf for this failing franchise, and now this movie, The Dark Knight, has the potential to usher in a whole new generation of interest, fans, and quality.

What do you mean, Failing Franchise, this is Batman we're talking about!?

Burton's Batman was a breath of fresh air. It was a total re-envisioning of Batman and his portrayal to the masses on the silver screen. It was the first real attempt at a dark, gothic, and menacing Gotham City.

Batman returned, with an unenthusiastic Burton, a hopeful Warner Brothers, and a 1992 release titled: Batman Returns. While enjoying decent critical acclaim, a mixed review from fans, and a berating from concerned parents, it failed to generate enough money to make Warner Brothers, happy and in many many ways ushered in the beginning of the end for the franchise.

Warner Brothers made a critical mistake.

Warner Brothers decided that Batman Returns did not make enough money. They wanted a blockbuster slam-dunk. So they decide to take Batman more Mainstream. And the general rule of thumb is that anytime the suits in a 40 story building decide to take an artistic movement more "mainstream" it is probably going to be crap.

Tim Burton reviewed their ideas for Batman Forever. So did Keaton.  Neither agreed with the direction Warner Brothers wanted to take with the franchise, and declined to be involved.  So in the absence of these talents WB turned to Joel Schumacher to direct, and Val Kilmer to lead as Batman. In 1995 WB released Batman Forever.

Batman Forever was a financial success but was met with panned critical reviews.  The movie was more cartoonish, less dark, and more comical (no pun intended).  The cast was star-studded, but the roles and the scenarios were relatively weak.  The Riddler (Jim Carry) and Two-Face (Tommy Lee Jones) make their appearances as the Villains.

This movie signaled the decline of the franchise.  They were no longer portraying Batman as the dark knight, but more as a commercial superhero.  The inclusion of Robin felt like a sitcom's attempt to boost ratings by desperately trying to introduce new primary characters. While Batman, and Batman Returns were both somewhat grounded in reality, Batman Forever crossed the line into unbelievable supernaturalism, and over-the-top schemes.  This destroyed any chance at a realistic suspension of disbelief.

Sadly, this was only the beginning of the end.

After Batman Forever it actually gets much worse ...

Okay, so Shumacher's 1995 Batman Forever was not the worst movie we've ever seen. It had actor's that we all like in it, it was a high-budget film, Seal wrote and performed that amazing song Kiss from a Rose for the soundtrack, but we all knew in the back of our head that it was way over the top. The Riddler was creating magic mind-control machines while Two-Face piddled around in his strange half-suit and even more cartoonish facial features, while Schumacher looked for ways to showcase the hard plastic wrapping on Kilmer and O'Donnell's asses and packages (you all know what disgraceful scene I'm talking about!). And worst of all ... we all knew that Kilmer was definitely NOT Batman.

While Batman Forever was not the worst we've seen, the next movie Batman and Robin certainly was.

Most of us remember that movie as being so pitifully terrible that finishing it, to see the super-lame ending, was a feat to be applauded. Shumacher maintained his directing role (although his days were numbered), O'Donnell clung to his role like grim death, and Kilmer said ... "Yeah ... Mr. Freeze? I don't think so," and had the brains (and good agent) to walk away. So, the brilliant minds in the casting department somehow sold the job to George Clooney. My goodness. What could they have possibly been thinking?

WB released Batman & Robin in 1997. It was done shooting 2 weeks ahead of schedule and was met with harsh critical reviews, hostile fan reviews, and is now contending for the "Worst Superhero Movie Ever Made" title in many forums and polls around the world. If you haven't seen it, yes it is that bad. 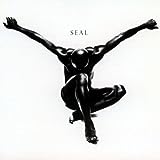 Kiss From A Rose
Buy Now

Many know much of what I've written thus far. But few know what I'm about to tell you. It may be shocking, but it is true: It was about to actually get worse than Batman & Robin!

About five ideas were pitched to Warner Brothers after the "movie" Batman & Robin.

I'm not going to get into all of them. You can click the link and review them if you're in for a good laugh, and terrifying shudder of realization, but I am going to talk about one idea that was pitched. It is so reprehensible to think about that I almost didn't even believe it when I read it. In fact, I laughed out loud as I was reading it. I thought "This can't be real." I'll paraphrase in a block quote below.

Batman vs. Superman (no, I'm not kidding)
Bruce Wayne had given up crime fighting. He hung up the cape. Gave up the mask. Everyone he loves is dead: Alfred, Gordon, etc ... All dead. He is struggling with depression. But then, an illustrious beauty sweeps him off his feet and he decides to bury his feeling in a contract to commit. All the while, Bruce Wayne ad Clark Kent are long-time best friends. They lean on each other as Kent struggles through a recent divorce with Louis Lane. Kent is asked to be the best man. A wedding ensues.

The Joker shows up during the honeymoon and kills Wayne's fiancee. Wayne loses his mind and plots a revenge scheme. Kent, being a beacon of good, tries to stop him from plotting revenge, but Bruce Wayne can't let that happen and ends up blaming his dead wife's murder on Clark Kent.

The movie is set to take place in several locations, one being Smallville, and the two eventually learn that Lex Luthor was the brains behind the Joker's plot to pit them against each other.

Christian Bale and Josh Hartnett had turned down the roles of Batman and Superman (thank god!). The idea was eventually canned by WB, and in 2003 WB discovered their Batman franchise Excalibur ....

Batman Begins, again, with WB's reboot of the franchise

These two men realized, once again, that Batman is not a silly action-hero, Batman is drama. Batman is symbolism, that humanity can transcend our mortal barriers and stand for something more.

Nolan's 2005 release, Batman Begins, made waves in the industry, was critically acclaimed, and redeemed Batman fans all over the world. Once again, a whole new generation, and dedicated (and patient) generation, got to experience the Batman we've all been waiting for. Compelling story arcs, quality acting, AAA Cinematography, and scenarios that allowed you to suspend your disbelief long enough to enjoy two hours of Batman as a dark knight.

This was the first ray of hope that franchise had seen in twenty years.

The knight in dark armor

Nolan and Bale stayed on board for a second installment in the rebooted franchise. In 2008 the world experienced The Dark Knight. A brilliant display in the intriguing dark-arts of storytelling.

This movie reinforced the fan base, and created a new one, that Batman could still be the symbol he needs to be. The movie was released to extreme critical acclaim, major financial success, and showed the world a role they would never forget; Heath Ledger's Joker.

Ledger's untimely death stole away an incredible actor (and to those close to him, a dear loved one) and cast a pall of morbid curiosity over the movie before its release. Did the role drive him mad? Did he become a twisted, psychopathic killer in his mind? Did the wreckless chaotic behavior of the Joker infect his mind to the point where he lost control, and ultimately lost his life? These were the obvious thoughts of millions. All that energy flowing into the movie, building expectations ... and somehow, ironically, he did not only live up to them - he exceeded them by more than many could have thought possible.

Ledger is dead, but the Joker lives. And I fear his plots against Batman are still very much alive and well ... but I'm not talking about a Hollywood storyline. The pangs of Ledger's death, and the shadow his performance cast on the role of the Dark Knight extend both forwards and backwards in time. Jack Nicholson's, 1989, Joker feels like something out of a cartoon in comparison. And now not only does the next Batman installment have to face a weary Nolan, an uncertain Bale, but must somehow crawl free of the immense shadow cast by the passing of the Joker.

Will The Dark Knight, our ray of hope for the Batman franchise, actually usher in the biggest blockbuster disappointment anyone could have ever imagined? Or will the cream rise to the top?

With no story written, no cast, and no production schedule - everything you hear is unsubstantiated rumor. But one thing is certain ... there will be another Batman installment.

And millions all around the world, just like me, can't wait to see it.

Be peaceful on your way,