The Fountainhead and Ed Wood: Two Sides of an Idea

The Fountainhead and Ed Wood: Two Sides of an Idea

The Fountainhead is a 1949 drama based on the Ayn Rand novel. It is about an architect who won’t compromise his designs. Ed Wood is a 1994 comedy about movie producer, director, writer, and actor, Ed Wood. These movies seem to have little in common but together they give the viewer a good perspective on an idea. The movies also have much more in common than one might suspect. This article contains spoilers for both movies. 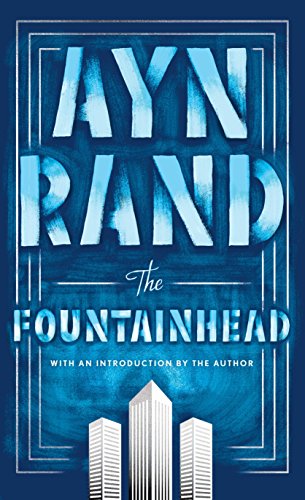 The Fountainhead begins with Howard Roark (Gary Cooper) being expelled from college because his architectural designs aren’t consistent with what the school is teaching. Then Roark gets rejected by a number of architectural firms. He decides to ask Henry Cameron (Henry Hull) for a job. Roark’s contemporary, Peter Keating (Kent Smith) who believes it is best to go along to get along, advising him against working for Henry Cameron. Henry Cameron hires him as he warns him it would be best if Roark finds another place to work. Cameron’s business folds and he dies. Cameron’s final request is for Roark to burn all his designs.

Roark gets a chance to design a building but backs out of the deal when the company wants to put a Greco-Roman style façade around the building. He gets a job as a laborer in a rock quarry instead of compromising on his design. Dominique Francon (Patricia Neal) is engaged to Peter Keating. She knows Peter is marrying her because of her father’s money. She considers him a third rate architect. She goes to her father’s place for a holiday and meets Howard while he is working in the rock quarry. She purposely damages the fireplace in her room and asks Howard if he is interested in making some money by repairing the fireplace. While they are both interested in each other neither is willing to yield the advantage.

Roark gets an offer to design a small project and leaves the rock quarry. Roark’s career takes off. Gail Wynand (Raymond Massey) is a self-made man. He owns a newspaper, The Banner. He offers to have Peter Keating build his newspaper’s new building on condition Peter break off his engagement to Dominique. Peter agrees and soon Gail and Dominique marry. Wynand wants a unique dream house and commissions Roark to design it. This throws Dominique and Howard together.

Keating’s mediocrity catches up with him. A company wants to build a profitable low-income housing project. Keating knows it’s beyond his capability so he begs Roark for help. Roark agrees to design the building and Keating can put his name on it. All Roark wants is for his design to remain untouched. When Keating presents the design the company wants to make changes. Keating, out of character for him, opposes them and points out they are contractually obliged not to make changes. The company officers point out a lawsuit against them would go nowhere and the building would be built as they want it. Ellsworth M. Toohey (Robert Douglas), The Banner’s architectural critic, assumed Roark made the building’s design. Keating admitted it was Roark’s design and Roark demanded the project retain his design without alterations. The company also refused his demand.

Since a lawsuit would go nowhere Roark decided his only option was to blow up the project under construction. He asked Dominique to help him by having the watchman leave the area. Dominique readily went along with Howard’s plan. Howard blew up the project and waited for the police to come. Dominique seriously injured herself to make her alibi as an innocent bystander more convincing. This apparently fooled the police but didn’t fool Gail. The movie didn’t point out her injury would make Roark’s crime more serious.

In a move normally reserved for comedies Roark was his own attorney. He called no witnesses. His only defense was his final summation. His summation included these statements:

The judge’s jury instructions seemed designed so the movie’s audience wouldn’t dwell on the legalities. As in comedies the jury returned a not guilty verdict. Wynard gave Roark a contract to build the tallest building in the world. Wynard conveniently killed himself. The movie ends with Mrs. Doninique Roark taking an elevator to the top of the tallest building in the world to meet Howard.

The movie’s statements are interesting for 1949 when the United States, and many other countries, had military conscription. In August 2015, Rep. Tony Cárdenas (D-CA) and Rep. Ruben Gallego (D-AZ) petitioned the Department of the Interior to prohibit Donald Trump from putting his name on the Old Post Office, which he was converting into a hotel. They had no objection to Mr. Trump risking his money on converting the Old Post Office into a hotel.

Roark overstates the movie’s themes but the movie brings up some interesting questions. Is a person’s capabilities an; “object of sacrifice” that can be “subordinated to the needs, opinions, and wishes of others”? Does a person have a “duty to serve” others? Can self-sacrifice be destructive? The movie didn’t have any likeable characters. It’s understandable the antagonists being despicable characters and Peter Keating being a sniveling worm. Gail Wynand was a happy manipulator. Dominique Francon and Howard Roark were cold, self-centered characters. Howard Roark’s points may be more receptive audience if he were a likeable character. The audience may be more sympathetic to the main characters if they all weren’t wealthy. When Ed Roark worked as a laborer his poverty was by choice. The advantage of Roark not being someone the audience can easily love to hate is it calls on the audience to weigh Roark’s philosophy on its merits not on their sympathy for him.

Someone invents or designs something that would greatly benefit the public but the creator won't release it.

Ed Wood begins with a scene from an Ed Wood (Johnny Depp) play. A critic gives the play a scathing review but Ed Wood prefers to focus on the one good thing the critic wrote. The critic wrote the uniforms were authentic. Ed Wood uses this favorable comment to get a job to make a movie. He makes the movie Glen or Glenda. When a producer tells him it’s the worst movie he ever saw Ed Wood retorts, “My next movie will be better.” Ed Wood starts his own movie production company. He needs backing for his movie project Bride of the Atom. Loretta King (Juliet Landau) leads Ed Wood to believe she would finance the movie so he gave her the female lead. His girlfriend Dolores Fuller (Sarah Jessica Parker) flies into a rage when she learns Ed Wood gave someone else the lead. When Ed Wood tells her the parts available to her she shows him her great aim with a frying pan. On the set when Ed Wood asks Bela Lugosi (Martin Landau) to take his position near a Tesla Coil Lugosi refuses so Ed Wood has him take up a position on the opposite side of the set. When the studio owner comes for the rent money Loretta King reveals she didn’t have any money. The studio owner throws them out of the building. Ed Wood tries a fund raiser at The Brown Derby. He sees Vampira (Lisa Marie), who he hadn’t previously met, at The Brown Derby and asks her if she would do him the favor of coming over to where he was doing his fund raiser. She refuses and his fund raiser raises no funds. Ed Wood finds someone who would finance the movie under condition it end with a big explosion and his son play the male lead. Ed Wood agrees and he completes the movie. Dolores leaves him at the movie’s cast party. He calls Vampira to ask her out on a date. During the conversation he explains the title was changed to Bride of the Monster. Ed Wood can’t pay the rent. When he learns his landlord’s church wants to make a religious movie but doesn’t have enough money Ed Wood sees a chance to make his movie. He proposes to his landlord they let him make a Science Fiction movie, using some film footage from the late Bela Lugosi, and then the church can use the profits to make their movie. Oddly the church accepts his proposition. Vampira lost her job as a horror movie host. Ed Wood offers her a part in his movie, Grave Robbers from Outer Space. She agrees to act in the movie as long as she didn’t have any lines. Ed Wood agrees so he has a movie where one main actor wouldn’t have any lines, another main actor, Tor Johnson (George ‘The Animal’ Steele), speaks with a thick Swedish accent, and stock footage of another main actor. The church elders challenge his film making skills. They point out the props were obviously fake. Ed Wood retorts movies aren’t about the small details but the big picture. The elders ask him to change the movie’s title, and tell him the leading man would be their choir director. Ed Wood storms off the set. He goes to a bar and sees his idol, Orson Welles (Vincent D’Onofrio and the voice of Maurice LaMarche). Ed Wood tells Orson Welles the problems he is having on the set. Orson Welles tells him about similar problems he encountered while making movies. Orson Welles finishes by telling him to make the movie he wants otherwise he will spend his life making other people’s dreams.

A reenergized Ed Wood returns to the set. He tells the church elders they will make a lot of money but only if the movie is done his way. Ed Wood completes the movie. The one concession he makes is to change the title. Plan 9 from Outer Space premieres and at the end Ed Wood proclaims, “This is the movie they’ll remember me for.” The movie ends with Ed Wood and his girlfriend, Kathy O’Hara (Patricia Arquette), driving off to Las Vegas to get married.

The movie’s characters are laughable rather than likeable, good qualities for a comedy. The characters have financial and other serious problems. This makes a good counterbalance to The Fountainhead. Are the high minded ideals of The Fountainhead only for people who can afford them? Ed Wood made his movie his way with other people’s money. Throughout history those who The Fountainhead called “creators” often made and discovered things with other people’s resources. While Ed Wood thought he was a great producer, director, writer, and actor he didn’t have talent for any of these professions. People often overestimate their abilities. Cases where people correctly believe they are right and almost everyone else is wrong are rare. Ed Wood admitted Plan 9 from Outer Space is a better title than Grave Robbers from Outer Space. Would Howard Roark admit any changes to his design would actually make it better?