The Futility of Perfectionism in the Arts

If you’re like most people, you’re in awe of a true artist. Whether the medium is music, visual art, literature, drama...we’re entranced by a person’s ability to captivate our minds through his self-expression and interpretation of the world. And, if you’re a member of the human race, you have a creative spark within you as well. A spark that’s yearning to jump out from inside you and scream, “I’m alive and I have something to say about the world.” A spark that earnestly wants to fuel an expression of poignancy and beauty.

But we often squander that flickering creative spark with the attitude of perfectionism. After we’ve carefully wrought an idea out of the intricate needlework of our psyche, we’re all too likely to think:

- Nobody will appreciate it

And too often, we come to the tragic conclusion: why bother?

What we don’t get is that perfectionism has no place in art! Yes, a true, hard-working artist deserving of acclaim won’t be satisfied until she refines her work and makes it as clear, clean and honest as it can possibly be. But that doesn’t mean that the expression itself, even in its cruder original form, was invalid. There is, indeed, perfection in imperfection when it comes to art.

Here are a few good reasons why you should always follow your creative inclinations without bending to the fear that you’re not on par with established artists:

1. Even the greats make mistakes – the only thing they have over us is that they know how to cover them up.

Let’s talk about the live performing arts, particularly music and theatre, for a minute. Professional performing artists flub their routines all the time. Seasoned actors forget their lines, and road-worn musicians get a few notes wrong. The thing that makes them so great at what they do is their self-confidence, coupled with the ability to cover up their mistakes so that you never catch them!

Check out these famous musicians in live situations, for example (Note: I'm not picking on these people, just admiring their ability to smooth out the bumps in their performances):

John Mayer with jazz guitarist Mark Whitfield. John is soloing with his guitar out-of-tune. I bet he never even realized it until the gig was over; even if he realized it mid-performance, his confidence and guitar skills more than made up for it.

Ray LaMontagne, “Trouble.” After an awkward start, he seemingly forgets his own lyrics. At 1 minute into the video, he apparently forgot the lyrics “Worry just will not seem to leave my mind alone” and, thinking on his feet, replaced them with the words “Sometimes I swear this worry won’t leave me alone.” The improvised lyrics are more similar to a line from the second verse: “Sometimes I swear it feels like this worry is my only friend.”

(NOTE: I know that sometimes a musician may deliberately change the lyrics to one of his or her songs when performing live; that happens all the time. But the above seems like a genuine flub.)

Joe King, guitarist of popular rock band The Fray, singing “Heaven Forbid.” Joe King here acknowledges that he's a little out of his element. He’s clearly nervous, which most likely contributes to his somewhat out-of-tune singing here. His great vocal tone helps to make up for it. On the album, however, he sounds awesome.

John Frusciante singing and playing his rendition of the Bee Gees’ “How Deep is Your Love.” 1 minute & 24 seconds into the video, notice his frustration when he gets a chord wrong. He apologizes to the band at the end. Nobody will deny that he’s an iconic guitarist, but even the greats make little mistakes sometimes.

The point of the above videos is not to point out flaws, but to encourage any aspiring performing artist with the fact that the greats are human as well. The crowd still loves the performance. Why? Because it’s the heart, the sincerity, the immediacy of the art that matters the most. Arguably, the errors have a “human touch”—perfection in imperfection—which lends even more authenticity (more on this later).

Here’s an interesting project: listen to a lot of live performances given by your favorite artists. Especially if you’re musically inclined and have a trained ear, you’ll see and hear that “human touch”—out-of-tune singing or guitar playing, flubbed notes, nervousness on stage, etc.—more often than you might think.

2. Sometimes perceived “flaws” are what confer greatness upon artists, as popular tastes fluctuate.

If you know even a little bit about the history of Western (particularly, American) pop and folk music, you know the name Bob Dylan. More musicians than can ever be counted are indebted to him and his influence on music and pop culture. Yet, he has what early reviewers and even some modern critics call a “gravelly” voice, not necessarily well-suited to singing. But sing he did, and he sang such powerful, poignant songs that the whole world stood up and took notice.

The Other Side of the Mirror: Bob Dylan Live at Newport Folk Festival 1963-1965
Buy Now

A modern rising star that is, in some ways, following in Dylan’s folk footsteps is Conor Oberst. He writes such incredible lyrics that one barely pays attention to his conversational, “plain” singing tone. Check him out singing his song “Milk Thistle”:

Let’s turn our attention to literature for a moment. Mexican-American author Sandra Cisneros wrote a landmark novel called The House on Mango Street. It’s a powerful and moving series of vignettes about good times and bad times, painful realities and personal responsibilities, all told through the eyes of a Hispanic girl growing in an ethnic Chicago neighborhood. The “perfection in imperfection” here can be found in Cisneros’ prose styling. The narrative often reads like disjointed, child-like speech—but that’s the appeal of the novel. That makes it a very quick and easy read. It reflects both a cultural esotericism and the unique perspective of the central character.  Not everyone will relate to the narrator, a young Hispanic girl from Chicago, and the broken-English prose won't be to everyone's tastes.  However, if you allow yourself to be absorbed by the story, you'll be rewarded with a great reading experience. 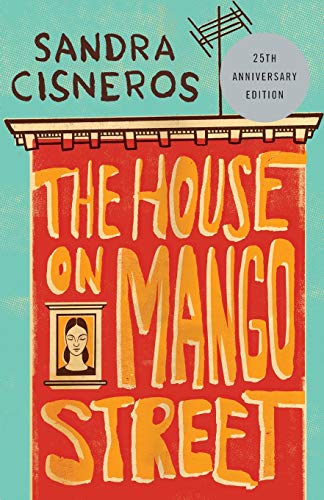 3. The greats have performance anxiety too.

Don’t fall into the common trap of thinking celebrities and the “elite” are immune to anxiety and self-doubt. Barbra Streisand is well known for her struggle with performance anxiety, which kept her from performing in public for almost thirty years after forgetting her lyrics in a New York concert in 1967. In the book The 101 Habits of Highly Successful Screenwriters, renowned Hollywood screenwriter Ronald Bass remarks that Dustin Hoffman once expressed self-doubt and fears of inadequacy.

That, of course, means celebrities are human beings like me and you. It also means that through hard work and perseverance, some of us will get to where they are.

4. Many artists who achieve great success aren’t necessarily the most talented—they are simply willing to take action and persevere.

Woody Allen’s famous words come to mind: “80 percent of success is showing up.” Some of the most prominent people of the world rose to the top through simple initiative. They aren’t always the best or most talented, but they’ve burned a strong work ethic into the core of their character. Imagine what you could accomplish if you were willing to sharpen your creative skills and muster up a good amount of old-fashioned determination.

All of this said, when your creative spark presents itself, don’t let it die out—follow it, nurture it, take a risk, create some art. The instructor and assignment in Langston Hughes’ renowned poem “Theme for English B” may be fictional, but the proposed task is a worthwhile one: “Go home and write / a page tonight. / And let that page come out of you— / Then, it will be true.”

Start doing something today, when you are alive and well and you have the time. You have nothing to lose, and only a sense of accomplishment and purpose to gain.