If there is a “holy trinity” of jazz guitar over the last thirty years, then Jim Hall is the father, Pat Metheny the son, and Bill Frisell the holy ghost. Metheny and Frisell both credit Hall as a major influence on their style and approach to playing guitar. Though there are huge differences between all three guitarists, close examination reveals important similarities. Sometimes the similarity shows up in their phrasing or choice of notes. In a more general way, these three have expanded the range of jazz guitar and refused to stay with expected limits and boundaries while still remaining true to the traditions of jazz. 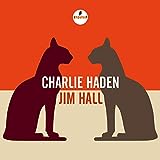 Jim Hall passed away in December, 2013, at the age of 83. Throughout his career Hall played with atypical combinations of instruments. In the late 1950s and early 1960s he was a sideman in several groups that performed and recorded without piano or percussion, forcing him to expand his harmonic and rhythmic approach to guitar. He explored “third stream” music, merging classical and jazz, in the 1960s and has written for and recorded with string ensembles. His extensive list of duet recordings include guitar in combination with other guitars, piano, trombone, percussion, and voice.

Notable examples are Undercurrent and Intermodulation, recorded with pianist Bill Evans in the 1960s, Live at the North Sea Jazz Festival, a 1999 release with trombonist Bob Brookmeyer, and Charlie Haden-Jim Hall, a 2014 release of a 1990 concert with bassist Haden.

Pat Metheny was one of the first jazz guitarists from the generation that grew up listening to The Beatles and other rock-pop music, as well as jazz. Though jazz remained his primary interest, the other influences show up in various places in his music. His early records from the 1970s had a distinctive and unique, for the time, guitar tone. Metheny embraced synthesizers and other tools that helped him expand and explore the tonality of the guitar. While this earned him criticism from some jazz purists, there is no denying the extent of his technique and musicianship.

Over 40 years into his career, Metheny continues to record and tour in trios and with the Pat Metheny Unity Group. These recent efforts have a more obvious mainstream jazz foundation than his work with his most famous ensemble, The Pat Metheny Group, which has been on hiatus since a 2005 world tour.

Following just a few years after Metheny, Bill Frisell also presented a distinctive sound at the beginning of his career. In early recordings, the sounds from his guitar often swirled and floated, creating ethereal waves of music that could suddenly shift into clusters of distorted notes and feedback. Over the years Frisell has embraced bluegrass, country, folk and African music, incorporating all of these into a sound that remains unique and authentic.

Frisell also continues to maintain an active recording and touring schedule with several different ensembles. His recent records have continued explore various styles of American music, yet his presence and sound remains distinctive and recognizable.

While Metheny and Frisell are widely known by lovers of jazz and guitar, and even have name recognition beyond those overlapping circles, Jim Hall is still too often overlooked, especially by younger music fans. Following is additional information about his career and music. 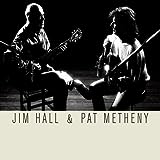 Jazz guitarist Jim Hall (1930 - 2013) began recording in the late 1950s. He continued to record and perform into his early 80s, with several performances in 2012. Hall is frequently listed as a major influence on the large number of jazz guitarists a generation younger, including Pat Metheny, Bill Frisell, John Scofield, Mick Goodrick and Mike Stern.

Early in his career Hall was a sideman in piano-less jazz groups, working with Sonny Rollins, Jimmy Guiffre and Art Farmer. He was heavily influenced by these horn and reed players, especially Rollins. The experience of working in a group setting without a keyboard player helped to form Hall's unusual and inventive style, which relies heavily on note clusters, strategic use of open strings and rhythmic patterns. 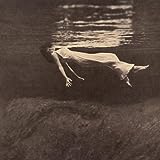 In the mid 1960s Hall recorded a pair of records with pianist Bill Evans. These duo records, Intermodulation and Undercurrent, served to strengthen Hall's reputation as a unique and original voice in the world of jazz guitar.

Beginning in the late '60s and continuing through the decades since, Hall has made an extensive series of records under his own name, leading both small and large ensembles. He has continued to collaborate with other well known jazz musicians recording duo records with Ron Carter, Red Mitchell, George Shearing, Pat Metheny, Bill Frisell and others.

Though firmly grounded in mainstream jazz, Hall has continued to evolve and explore rather than remaining stuck in a particular era or style. His catalog includes sessions with third-stream jazzers and classical musicians, orchestral arrangements and unusual duo combinations, sometimes pairing the guitar with only percussion or trombone.

Pat Metheny and Jim Hall live: All The Things You Are