The Boy in the Striped Pajamas

I just watched the movie, “The Boy in the Striped Pajamas.” Although quite disturbing, I highly recommend it. The movie itself is based on a novel so it is not a true story. However, it is set during an actual event - the Holocaust. What I found disturbing about the movie was not what actually happened to the Jews during this terrible time in history (although, yes it is very disturbing but the movie did not focus on that), instead it was the mindset behind the atrocities that really got to me.

Without giving too much away, the story tells of a father, a mother and their two children. The father is a soldier in Hitler’s army and after his promotion in the military, they must move from Berlin to the countryside. The little boy discovers what he is told to be a “farm.” He (Bruno) meets another boy his age (Schmuel) who is behind an electric fence on this “farm.”

The boys have many questions for one another not really understanding all that is going on in the world around them. Schmuel tells Bruno that he is a Jew but unknown to them, they are not really supposed to be friends.

Throughout the movie, Bruno learns from those around him that Jews are “vermin”, “not really humans” and “the reason that Germany lost WWI.” Despite what people were telling him, Bruno decided to remain friends with Schmuel, which ends with tragic consequences.

After I watched the movie, I began to think how different our country should be because of what happened during the Holocaust. You would think it would have caused all Americans to want to remove any prejudices or racism that they had in their hearts. You would think we would have learned from the mistakes of the Nazis, or even from the mistakes of the slave owners and early settlers in our own country. Isn’t that one reason we study history - to not repeat mistakes in our pasts?

The problem is some people feel they are justified in their racism, in their prejudices, their hatred and in their disrespect for life. They don't realize that it is this way of thinking that propelled the genocide of the Jews and with or without knowing it, they teach these same prejudices to the most vulnerable of learners, the children. 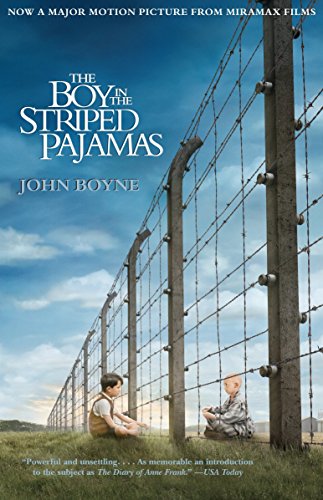 Could it Happen Again?

I remember learning about the Holocaust in school. It shocked and upset me. I wondered how our country could not have known what was going on. I was also somewhat relieved because I thought something like that could never happen again - because our country simply wouldn't let it. But now, I'm not so sure. With everything going on in the world I really believe it could happen again.

Our society has cultivated such a strong disrespect for life. There are people who believe that those who are "weak" and not contributing anything to society should not be allowed to live. Since the election of the first black president, racism in this country is actually getting worse than getting better. Our leaders in Washington do not help things by constantly playing the race card. After all this time, does race really have to be an issue?

Leaders and teachers must be careful they are not indoctrinating children. In the movie, instead of sending them to school, Bruno and his sister Gretel's father hired a tutor to teach them in their home. The only thing he taught them was that Jews were evil and must be done away with.

This was obvious indoctrination, not to the children of course, but Hitler's agenda was being carried out through the people who taught his ideas to children. Most often, indoctrination of children is much more subtle, so we as parents must be careful what our kids are learning in school and from others around them.

It is crucial children learn about the Holocaust in school. As we get further and further away from when this horrific event took place, it is easier and easier to forget. Children must know that this was an actual event that took place, especially in light of those who are denying it ever happened.

The former Iranian President Mahmoud Ahmadinejad sponsored a conference in 2006 to debate whether the Holocaust really took place. He has since said repeatedly that the Holocaust is "a myth." There is also a group of anti-Semitic people who call themselves Holocaust Deniers. This movement is active in the U.S., Canada and Western Europe. They began their propaganda movement by placing ads in college newspapers and now run mainly over the Internet.

It may be easy for some to deny it ever happened simply because we do not want to believe it ever happened. Not learning about it and denying it ever took place will lead us down the dangerous path that could cause it to happen all over again.

Six million Jews were killed during the Holocaust. There were also many other groups of people who were killed during this time including ethnic Poles, Soviet civilians and prisoners of war, the disabled, homosexuals, Jehovah's Witnesses and other political and religious opponents. If these groups were to be included in the number of Holocaust victims, the number would be between 11 and 17 million people.

People in this country, and in many other countries find these numbers staggering. They believe the act of the Holocaust to be unacceptable - that we make sure it never happens again.

What Americans don't realize is a type of genocide is happening right in our own country. The killing of unborn babies is over 50 million since abortion became legal in 1973. Are we not discriminating against the weak by allowing this to happen? Do we not have any respect for life? If we continue to allow this, what else will we allow?

Our Declaration of Independence declares us to be CREATED equal--not born equal. I believe this includes the creation of life inside the womb and when we don't protect the rights of the most innocent we are allowing genocide.