The Hunchback of Notre Dame

"The Hunchback of Notre Dame" is a French novel written By Victor Hugo. The story is set Paris around the Notre Dame de Paris. Written in 1831, the story features a young Gypsy girl and a mis- shappen bell ringer.

Hugo wrote the story with the hopes to save the Notre Dame Cathedral from modernization.

In 1996, Disney did a remake of the classic novel. Now, famous for the child's animated cartoon movie, the Hunchback of Notre Dame is a classic in the eyes of children as well as their parent's and grandparent's who once read the novel.

You'll quickly fall in love for Quasimodo, the deformed bell ringer who is by far the star of the novel and Disney remake. In the plot, Quasimodo is elected as the Pope of Fools during the Parisian Festival of Epiphany.

Quasimodo is the Hunchback of the Notre Dame Cathedral. He is the town's joke, so to speak.

The Hunchback Of Notre Dame by Victor Hugo 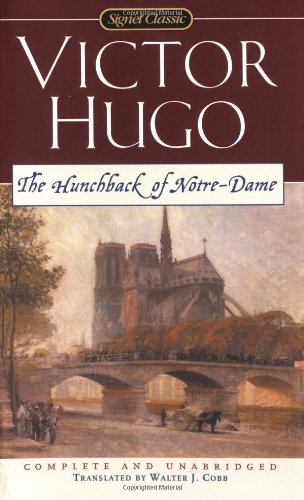 The Classic Hunchback of Notre Dame

Follow Quasimodo as he attempts to kidnap Esmeralda, the poor gypsy girl, and finds himself on trial, and then in the stocks for the attempted kidnapping charges.

In the meantime, Esmeralda, falls in love with her savior, Captain Phoebus and attempts to stay away from her stalker, Frollo.

This interesting Disney remake, follows pretty closely to the book with a few differences in interpretation, making it a child's favorite.

There is a lot of drama as Frollo stabs Phoebus out of rage for Esmeralda's affinity towards him. She faints, and is thought to have been the one to commit the crime against Phoebus.

She is tried and convicted of murdering Phoebus, even though he survived the attack. In jail, Frollo visits her to confess his love and admiration to her, but she confesses that without Phoebus, her life is not worth living.

So, this tragic love story has a compelling tale to tell.

Frollo saves Esmeralda right before she is hanged.

Quasimodo takes her, once again, and storms into the cathedral as a sort of sanctuary. There she finds out that Phoebus is alive, and uses poor Quasimodo to help her get to him. 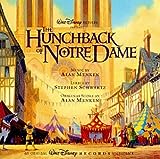 The thieve clan of Paris raids the cathedral in attempt to save Esmeralda from the Parliament, which leads to a riot.

Quasimodo doesn't realize that they are trying to save Esmeralda versus harm her, and throws stones, molten lead, and timber down on them from the cathedral.

In the end, Frollo disguises himself to save Esmeralda from the sanctuary, but instead, finds himself being pushed off the balcony by Quasimodo.

I thought so. This drama filled, love story/ tragedy, is all in the attempts to save the Notre Dame Cathedral from being modernized. I never would have thought that was the meaning behind the story.

Hugo portrays his views and concerns about social justice and religious fanaticism throughout the story.

I'd love to hear what you thought about "The Hunchback of Notre Dame."

The Hunchback of Notre Dame Trailer