The Lady and The Highwayman: Starring Hugh Grant

The Lady and The Highwayman, a Lord Grade movie released in 1989 and based on the novel with the same title authored by Barbara Cartland, is a fictionalized and loose representation of the late 17th century. There are very little historical facts to this piece. In spite of this, I enjoyed this historical-romance. It was as light-hearted as Alexandre Dumas's

The Three Musketeers. Hugh Grant and the rest of the all-star cast were delightful in their roles; flawless in their performances. Even the crew did an expert job in the creation of the costuming, props, etc. that transported the viewer back to the late 17th century. Lord Grade knew what he was doing when he put this cast and crew together.

The Lady and The Highwayman begins with King Charles II (Michael York) being ousted by the English Commonwealth and a good friend of his, Lucius Vyne (Hugh Grant) pretends to be his king by switching cape and hat so King Charles II can escape to France. Richard Vyne (Adam Whyte), Lucius cousin also present in the royal party, rallies to ride with Lucius to make the pretense seem real to those following, but makes Lucius promise to look after his sister, Panthea (Lysette Anthony), if he gets caught by the English Commonwealth's men. Lucius agrees to protect and look after his cousin Lady Panthea Vyne. Then they leave in the opposite direction, leading the English Commonwealth men a merry chase, giving King Charles II time to escape to a boat that will take him to France.

Then the scene changes to Lady Panthea Vyne and the plot becomes about her life; portraying the horrors that noble women experienced during the English Commonwealth period (1649 - 1660). Shows how Lady Panthea is forced into a loveless marriage to an English Commonwealth supporter Lord Christian Drysdale (Ian Bannen) believing it will save her brother, Richard, and how despicable he treats her right after the wedding in the carriage. While she is screaming and trying to fight off the advances of her newly wedded husband, the Silver Blade (Hugh Grant), a highwayman of ill repute, rescues her by dueling with Lord Drysdale. The Silver Blade wins the duel, killing Lord Drysdale and pays Drysdale's men in the front of the carriage to keep the entire thing a secret, then on his horse takes Panthea back to her mansion with money found in the carriage, a considerable sum. The Silver Blade informs Lady Panthea of her brother Richard's death that happened days earlier, pointing out she cannot trust the English Commonwealth supporters.

Then the movie skips to four years after this event, when King Charles II returns as King to England, marries and introduces his queen, Catherine of Braganza (Lamya Derval), to court where the King and Queen both meet Lady Panthea Vyne. The Queen readily likes Lady Panthea; makes her a Lady-in-Waiting. The King also positively notices Lady Panthea and comments upon her youthful beauty in front of the entire court. This causes the King's mistress, Barbara Castlemaine (Emma Samms), to become extremely jealous and plot against Lady Panthea with the help of Lady Panthea's and Lucius's cousin, Rudolph Vyne (Christopher Cazenove) who believes he should have been the one to inherit Richard Vyne's title after Richard's death, instead of Lucius Vyne who no one has seen since the King left for France with the English Commonwealth men hot on this trail. Both, Lady Barbara and Rudolph secretly delve into Lady Panthea's past and find out one of the King's guards was one of the men in the carriage who witnessed what happened to Lady Panthea and her husband Lord Christian Drysdale. While the King is away, Sir Philip Gage (Oliver Reed) arrests Panthea for the murder of Lord Christian Drysdale.

Panthea's only hope is for the Silver Blade to come forward in court and give up his identity, confirm or deny what the guard claims about the event that happened four years ago. The problem with the Silver Blade coming forward in court, is that her cousin Lucius is the Silver Blade who is secretly working on behalf of King Charles II as a highwayman; doing some "cleaning up for the realm". The rest of the movie portrays how horrible court intrigue truly was during King Charles II reign and how a person can win even when the odds are completely against it.

The Lady and The Highwayman is rated PG-13 and on DVD. This film is 1 hour and 33 minutes in length. Do recommend viewing. Especially if you are a fan of Hugh Grant, Oliver Reed and Michael York. Great having them in the same movie!

4 stars for The Lady and The Highwayman

More about this movie, time period and Hugh Grant

Note of Interest: This was not the only movie Hugh Grant starred and did an expert performance in during the 1980's. He actually held primary roles in several films before receiving status and recognition as a bonafide "movie star" in the 1990's. 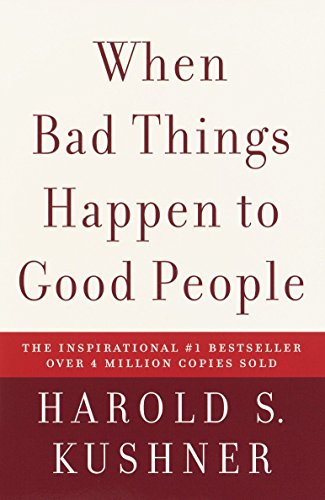