The Lighter Side of Vampires

The hip Black Dracula of the cartoon “The Grim Adventures of Billy and Mandy” disagrees. “Dracula don’t suck,” he says. “Dracula scrape—and lick. Scrape—and lick.” This is closer to what vampire bats do. With the help of an anticoagulant in their saliva, they keep the blood flowing with the fast action of their long tongues, not touching their lips to their victims.

Okay, maybe the bit about the bats wasn’t funny, but I thought it was interesting. Vampires can be a lot funnier than those bats. 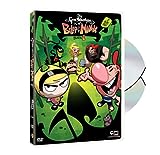 The Grim Adventures of Billy and Mandy: The Complete Season 1
Buy Now

The Most Meticulous Monster

As a child, my first introduction to the lighter side of vampires came from a book called How to Care for Your Monster, by Norman Bridwell. It portrays the vampire as a finicky neat freak, which isn’t hard to imagine. The traditional vampire is obsessive-compulsive. He can be stuck in his grave for years untying knots or counting rice...which is probably where Sesame Street got its idea for its own Count. What could be more natural than a caped nobleman with an Eastern European accent who can’t bear to see more than one of something without taking up the tally? My college German teacher told us to pretend we were this Count so we would practice our numbers in Deutch. “Eins—Drei—Trei…” I think that’s how it goes. I once knew those numbers well.

Count on the Count!

Flicks to quench your thirst

I remember the movies “Love at First Bite,” “Once Bitten,” and, vaguely, “Blackula.” Not to mention “The Little Vampire,” and some humorous moments in “The Lost Boys,” in which the lead vampire seeks to form a “bloodsucking Brady Bunch.” The latter now has a sequel, "The Tribe."

Books to Cut Your Fangs On

I’ve sunk my teeth into some great vampire books, some of them brimming with humor. In Vampires: A Collection of Original Stories,edited by Jane Yolen and Martin Harry Greenberg, I recall a tale called "Curse of the Undead," by Chuck Rothman. It's from the point of view of a boy who died and wakes up in the morgue, where the cleaning lady says, “Oh, Lord. Not another one.” The new vampire, chasing off an uncle who comes after him with a stake after his funeral, has the good taste to quote from the Warner Brothers cartoon: “Bleah Bleah.” A novel called Thirsty,” by M.T. Anderson, describes a world where changelings are born at random, and begins with an almost whimsical account of “the vampires of autumn” arriving every year by course. The conclusion of this book is actually sad, but the near poetry in the beginning really touched my funny bone.

Teens and adults enjoy the manga (Japanese graphic novel) series, “Vampire Doll: Guilt-na-Zan,” by Erika Kari, in which a vampire so evil that “Guilt” is part of his name is forced by an eccentric exorcist to live as a pretty, helpless girl and work as a maid.

For more adult tastes, try Andrew Fox’s Fat White Vampire Blues and its hilarious sequel, Bride of the Fat White Vampire. Del Rey books sells them as fantasy rather than horror. Their main character, Jules, is crazy about the blood of victims who have just devoured banquets. I’d like to tell you some of the twists of the second book, but it would require giving away the conclusion of the first. Other must-reads are Blood Sucking Fiends: A Love Story, and its sequel, You Suck: A Love Story by Christopher Moore. I discovered Moore when he was featured in Writer’s Digest magazine. Both books are hilarious, though I thought the second one was better. In Bloodsucking Fiends, nineteen-year-old Tommy makes up a list to check off with traits he's read about vampires are fact and which are fiction, a list similar to that in my Hub, "Vampires: Folklore vs. Fiction," except in this case he tries them out on his girlfriend Jody, who is a real vampire. In You Suck, she has turned Tommy into a vampire as well. This book is so full of humor it’s hard to decide what to mention here. Do go and learn what this means: “I AM HOMELESS AND SOMEONE SHAVED MY HUGE CAT.” The funniest parts were the chronicles of Abby Normal, clueless Goth minion of our vampires Tommy and Jody. Abby thinks these young fledglings are a lord and countess hundreds of years old. Why she chose to name herself Normal is never explained. In this book nearly everyone cusses up a storm, but for some reason it didn’t bother me because it seems natural and it’s part of the humor.

UPDATE! Christopher Moore has done it again! He has added a third book to his vampire series. Bite Me: A Love Story delves deeper into the characters of the earlier two books, especially into Abby Normal, when all must challenge a HUGE VAMPIRE CAT set on revenge. Incidentally, I was recently watching the movie "Young Frankenstein" for the first time since I was a teenager, and I heard something that may have been the inspiration for Abby's name. I'll leave you to dig out the old classic video yourself and see it you catch it. (Information added July 14, 2012)

Even a more serious author like Anne Rice has her moments. In The Tale of the Body Thief, LeStat borrows a mortal body and finds that he can’t aim his pee.

Vampire romances are the rage these days. According to romance agent Steven Axelrod, quoted in Writer’s Digest (March 18, 2008), “The vampire is the new alpha male.” (What about female vampires? Read about Jody in Moore’s books.) If you read Kerrelyn Sparks, you’ll get very steamy and very funny at the same time. What else would you expect from a writer named Sparks? Her "Love at Stake" series starts with How to Marry a Millionaire Vampire, in which the heroine is a dentist who can’t understand why he wants her to implant a “dog’s tooth” in his mouth, and the hero’s a vampire who can’t understand why it bothers her that he has a harem. She continues the tales with Vamps and the City, Be Still My Vampire Heart, The Undead Next Door, All I Want for Christmas is a Vampire, and more. Maybe I should advise not to overdo it with her books. Too many sparks can bring about a cremation, and that’s the last thing a vampire needs.

Why care? Well, at a zine symposium I attended recently, I saw a series of little comic zines called Vampires Need Love, Too. 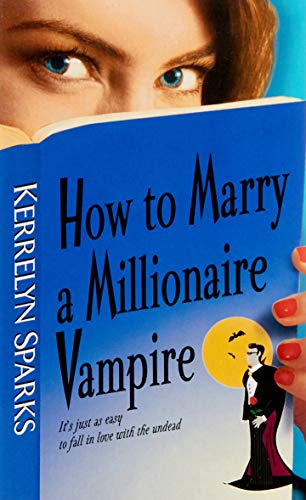 How to Marry a Millionaire Vampire (Love at Stake, Book 1)
Buy Now