Holiday traditions may come and go and the world's celebration of Christmas may be becoming more secular, but one tradition still remains since the year 1741, and that is the performing of George Handel's great and majestic oratorio, the "Messiah". Like a beacon in the night, there is hardly a church, town, or city around the world that does not, at sometime during the holiday season, perform the "Messiah", and people around the world gather to hear it performed. The performing of "Messiah" has become the most frequently performed choral works of its kind. Nearly every well-established choir I know of tackles this piece of finely written music and scriptural text. It is not an easy piece to perform and requires much time and practice to perfect.

One of the holiday traditions that is practiced and performed the world over is George Frideric Handel's oratorio, the Messiah. I sing for a community choir here in Naples, FL called the Voices of Naples, the premiere community choir in Naples, and we are performing our 9th annual Messiah concert on November 20, 2011. We are practicing and perfecting our singing for one of the world's best-known and most frequently performed choral works in western music. In the United States we tend to perform the "Messiah" during Christmastime to commemorate the birth of Jesus Christ on December 25. But, Handel originally wrote the "Messiah" to be performed in the spring during Easter time to commemorate the resurrection of Jesus Christ. In Europe and elsewhere in the world, Easter is the time of year the "Messiah" is performed. The music and the words are simply majestic and my heart and soul soars every time I sing anything from this great oratorio.

Voices of Naples has been practicing this oratorio since October and we are now fine tuning our performance. It not only takes practice at our weekly choir practice, but also at home every day to hit those high pitch notes Handel wrote for nearly every part of the work. We offer our performance to the Naples community on Sunday, November 20 and it will be the ninth year our choir has performed this. It will be the first time I sing the "Messiah." I'm a bit nervous but also confident in my abilities to sing this and I am looking forward to the experience.

The Background of the "Messiah"

The Messiah is an English language oratorio composed in 1741. The music was composed by George Frideric Handel and the scriptural text by Charles Jennens. He took his text from the King James Bible, used in England at the time, and the Book of Common Prayer. The text was written first by Jennens and completed in July 1741. He gave it to Handel at the end of July and Handel composed the music in a surprisingly short time - just 24 days! Handel began his composing on August 2, 1741 and completed it on September 14, 1741. Remarkably, the number of errors was small in a composition of this length. Despite what many think, composing something of this magnitude in a short time was not unusual for Handel. He was a very intense composer of music. What was unusual was that this was written in English as Handel was used to writing in Italian for the Italian operas he was used to writing. In fact Handel's reputation in England was based on the Italian operas he had composed. In the 1730's Handel began composing oratorios in English because of the change in public taste at the time. Surprisingly, Handel wrote the "Messiah" for modest vocal and instrumental forces which is probably why community choirs can take on the challenge of singing this.

The Messiah was first performed by Handel in Dublin, Ireland on April 13, 1742, as his tribute to Christ's resurrection at Easter. The Irish gave the "Messiah" a very warm reception as the written critics attested to at the time. It was not performed in London, England until a year later and it was coolly received by the British. The "Messiah" grew in popularity in England and throughout the world, eventually becoming the best-known and most frequently performed choral works in the western world.

Charles Jennen's text, from the King James Bible and the Book of Common Prayer, extended the reflection on Jesus Christ as the Messiah, moving from prophetic utterances of Isaiah and others to the Incarnation, Passion, Resurrection, and Ascension of Christ and his glorification in heaven. Jennens did not want to be dramatic in his text but to acclaim the "Mystery of Godliness."

When Handel received Jennen's scriptual text, he then had to construct the oratorio and compose the music to go with the text. He decided to go with a three part structure like a three part opera which he was so used to writing at the time. Each part was then subdivided into scenes by Jennens. Each scene is a collection of individual members or "movements" which take the form of recitatives, arias and choruses, however, there is no dramatic acted presentation given. The three parts were organized with the following content:

The "Messiah" can be enjoyed for the incredible music, in and of itself, but if one is not familiar with the biblical accounts it can be difficult to understand. I have had to go to the Bible to research and an recheck my biblical facts. So, between the "Messiah" and Hyphenbird's biblical hubs, I have returned to reading the Bible.

Some of the particular choruses inspired by Handel's Italian operas were: "His yoke is easy", "And he shall purify", and "Unto us a child is born." These three Handel had already written into his Italian operas.

After the "Messiah's" Dublin and London debutes Handel continued to revise and recompose the individual movements from 1742-1754. The first published score of the "Messiah" was in 1767, eight years after Handel's death.

The Voices of Naples performs the "Messiah" with four guest solo singers: a soprano, alto, bass, and tenor. These individual people sing the arias and recitative parts. The Voices of Naples choir sings the choruses. We are backed by an orchestra. Between the three, a powerful piece of music is performed for the Naples community that will be remembered for a long time. Come and hear us! 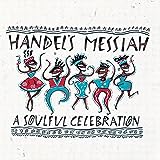