The Daizies. Part 1: The Rise and Fall and Rising Fall of the Rock Legends.

The Daizies. Part 1: The Rise and Fall and Rising Fall of the Rock Legends.

In the first of a four part interview, Wayne Starlight, lead singer of 'The Daizies' , one time crack-head, drinker, gambler, strip-club patron, sheep rustler and environmental activist introduces us to his career.

He gives us a fascinating insight into the highs and lows, trials and tribulations, joy and despair , drink and drugs of the rockstar lifestyle.

"Yeah! It was strange at the beginning in the 60's, you know, free love, the pill, flower power, black and white TV, loose tea, milk in glass bottles.

I was working as a trainee Quantity Surveyor with Lewisham Council, and boy was I good, great attention to detail.

But I wanted to be free, I wanted to roam, no 'Cathie Come Home', I wanted to chase the dream and get away from the purgatory of that 9-5 straitjacket Man.

I wanted to rock n' roll, see the world, get chicks, get laid and rake in the money, then get drunk, get high, spend all the money, go bankrupt and start all over again. I couldn't sing but who gave a monkeys? Anything was possible, cos it was the 60's man, Man on the Moon, man, freedom, Jack Kerouac, Jack Daniels, Jackanory, fame and glory. So I saw this band ‘Dale Dingle and the Ding-a-Lings’ at the local night spot, man they were truly awful but the guitarist was real cool, that was Jacky Jackson.

So Jacky and I got together and looked around for a bassist. Jacky worked in a maggot farm and said one of the other poor sods there could play. That was Oliver, a sensitive guy who was an art student but worked night-shift at the weekends for some extra dough.

He fed those bugs milk and bran and rotten meat. He didn't half smell. Not that he needed the money, his family were well off as his dad introduced heroin to the UK and had never looked back, except when the pigs were on his tail.

Our drummer, Ben 'The Bash' Bassington came from Camden.

He worked in demolition, swinging one of those huge balls, quite ironic I suppose, he was born for that, knocking the crap out of masonry.

Sometimes when he was in the mood he would smash a house to pieces with a sledgehammer.

It helped him develop that huge drum sound on our records.

Legend has it that he ripped a whole maisonette apart with his bare hands. If he got bored he would reconnect the water, gas or electricity to make it more interesting. He was blown up twice, spent 8 hours under rubble one night but still claimed 5 hours overtime. Wow Man! he was mean. He was crazy, but hey it was the 60's Man, Vietnam, Saigon, Cuban missiles, Paris, Prague, civil rights, revolution, race riots, Malcolm X, Harold Wilson. It wasn't all fun"

"But we had our band, all we needed was a name, of course I came up with 'The Starlights' but the lads weren't having it. They said I was just on an ego trip. Jacky said we would get called "The Stairlights" or even worse "The Stairlifts" when we got older.

I mean look at the hassle ‘The Stones’ have had to put up with. So I guess he was right and pretty forward thinking as well. Funnily, Wayne Starlight isn't my real name, as I was born Sibelius Abergavenny, but to me that sounded ridiculous and too showbizzy, so I decided to tone it down"

"We liked the sound of 'The Monkees' , thought they were a bunch of tossers but liked the sound of the name, we came up with 'The Fozzees', 'The Hazees', 'The Muzzees' , Bash suggested 'The Crankees', but thank God we talked him out of that. We were gonna settle for 'The Crazees' until Oliver came up with ‘The Daizies'’ although I tried to get the band to use the correct spelling ‘Daisy’ since it was named after his favourite auntie but more because my mum would have thrown me out the house.

"We used to rehearse in a local Scout Hall, which had just been built, I had done the costing for it. Mainly sub-contract formation, forecasting of costs and values of the project and cash flow forecasts. I was quite proud of that but the lads weren't very impressed. Bash claimed he could flatten the place in 5 minutes as he said the council couldn't build up a decent fart"

"Interesting the relationship between the two of us. I was the methodical, fastidious arithmetical type, he was the deranged, maniacal lunatic, although soft at heart under the psychosis. It created an intensively creative friction that was reflected in the music, combining delicately intricate melodies and meticulous guitar arrangements interspersed with the Guns of Navarone.

The creative and the destructive, ying and yang, light and dark, poppies in Flanders Field. But Hell! it was the 60's after all, The Cold War, The Bomb, USA vs USSR, Beatles vs Stones, Pete n' Dud, Rowan and Martin, Geoff Hurst and Sunday Night at The London Palladium"

"Jacky and Oliver chucked the maggot farm. Thank God!, we didn't miss the stink, and they started getting more attention from the girls. We rehearsed like demons for months until we felt ready to buy some instruments. It was time to play some live gigs. Now we had to face the crowds.

It's a long way to the top

We were on our way, our first ever gig was at 'The Truck and Hedgehog' in Peckham. It was packed out, with all our family and friends, and after a few more gigs they disappeared faster than a priest from a brothel raid. So much for loyalty and family ties. It's a long way to the top if ya wanna rock n' roll"

"Anyways-up!, one night at 'The Donkeydrip Inn' in Brixton we actually outnumbered the audience , and the bar staff.

That was the worst gig ever.

At least nobody booed us cos' they knew there was more of us.

Bash was too intimidating all by himself anyway, he spent the whole set staring out the pub cat until the poor old moggy had a nervous breakdown"

"But things picked up and we started to make a name for ourselves, as the worst band in London.

Things changed pretty quickly though when Oliver started to take a more active role in the song-writing process. I happily agreed as I knew his Dad had arranged for someone to break my legs if I didn't. Admittedly, it was for the best as Oliver came up with some great tunes as well as top of the range drugs.

Things then really took off, the crowds started to build up and over the next couple of years we became one of the hottest properties on the scene.

I got so nervous I started some gigs with my back to the audience, but half of them had their backs to us anyway" 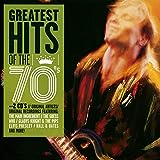 "Crazy times for us, but it was a crazy world man.

"To help build up my confidence I asked if we could play Wagner's 'Ride of the Valkyries' as an intro to the gigs.

Oliver thought this was too pompous and bombastic, he preferred 'Los Toreados' from Carmen's 'Bizet'.

Jacky was quite partial to a bit of Beethoven or Shostakovitch but wasn't too bothered either way.

Bash intervened with the casting vote screaming "If you lot start playing bleedin Opera at our gigs I'll haul you up by the goolies with yer own guitar strings" He had a convincing argument and that settled the matter. "

A chart hit and Top of the Pops

"And then the breakthrough, our first real single 'Grate my Cheese' hit the Top 20 and so we had to get ready for a performance on 'Top of the Pops', the single went straight to No.14. The big day came and we played 'live' in the studio. The audience hadn't a clue but they did what they were told by the Floor Manager.

We had a great time afterwards meeting our heroes, Jimmy Saville, Marc Bolan, Noddy Holder, Mud, but we couldn't get a hold of Gary Glitter, he was too busy chatting up Lena Zavaroni. Bash disappeared in a mini-bus with Pan's People. At last we had arrived"

"Next week, the single plummeted to No.74, a record fall in the annals of the music charts in Britain. Maybe playing live had been a big mistake, but we suspected it was because Jacky had set fire to Roy Wood's beard and the BBC didn't want us back. The truth was that Oliver's old man had framed an official at the BMRB and blackmailed him into falsifying the chart position.

But hey!!! It was still the 70's man, Watergate, Nixon, Jeremy Thorpe, John Stonehouse, bribery, corruption, disruption, Mr Benn and The Double-Deckers. OK! we got there by false pretences but we proved ourselves after that, with our hit singles 'Slut Cake', 'Melon Farm' and 'Ted Heath Jive'. We had made it big"

Back on the road again

"The next tour was a storming success, packed houses, screaming kids and the hype got even bigger. So did Bash's drum kit, it was expanding, we didn't think it was humanly possible to play it. He had the biggest bass drum in the business, it was enormous. We thought he was going for a massive sound but one night we discovered the truth.

One if his favourite groupies, Ella Labium, would sneak inside the bass and service him through the gig. She was a lovely girl, she still is, but stone deaf. She helped him deliver some blinding drum solos though. We should've gave her a credit on the live album. No wonder he forced us to play an acoustic set after he was finished. She eventually married a Tory M.P. in secret, luckily for him he had friends in the newspapers, or else he would never have made Minister for Culture and Internal Affairs"

A new man in charge

"Things got so big that we decided we had to get a real manager, Jacky's Uncle Walter had kept us going but we felt we needed somebody in the business. So we gently and respectfully told him to 'Get lost!' and we took on Bill Hardick, a well known character in the scene with the clout and the guts to help us deal with the cut-throat music business.

We knew his reputation already.

He had been a disgraced Sergeant-Major in the Guards after swearing at the Queen.

He even got thrown out the French Foreign Legion for criticising the food.

He was court-martialled by the Catering Corp.

Later he was sentenced to 5 years in Wormwood Scrubs for being a loan-shark for small-time gangsters.

His defence was that he wasn't working for the local hoods but actually lent them the money.

But he did enforce late payment with extraordinary violence. He was released after 6 months for bad behaviour to give the prison warders a quiet life. He then joined the music industry and we even heard a rumour that he beat up Peter Grant and Don Arden over a late night game of cribbage. Boy! Was he tough. He sounded perfect for us when we decided we wanted to take a crack at America................"

The Milestones of Rock & Roll: The Events that Changed the History of Music
Buy Now