The Mismanagement of MBLAQ

When MBLAQ debuted on Rain's stage more than five years ago, Korean entertainment thought they found the next DBSK. Although Mblaq obviously had a different style, it was obvious that the reference was on DBSK's commercial and critical success, not musical identity. It was not a long shot, to be honest.

Looking at the raw talent of each of the then five members, they had a real chance at making it commercially and bigger artistically. After all, the group had better raw talent than DBSK. Let me say that again. If we talk raw talent, Mblaq had more than DBSK. Of course, raw talent is never enough but more than later.

By this time in DBSK's career, they were in the cusp of a break up, exactly what Mblaq just went through.

Mblaq is nowhere near that. They have 1 full studio album and no major musical breakthrough.

They made their come back as a 3-piece group following the departure of Leejoon and Thunder but only did 2 weeks of promotion. Further, the much hyped direct participation of the members in the creation of the album seems to have been buried to oblivion.

What the hell happened? How could five, now three, guy with overflowing talent under the care of the once upon a time king of Kpop fail to achieve its potential.

The leader, Yang Seungho, is probably one of the most musically educated and skilled in the whole idol world. His piano skill is just ill and guitar skill is sick. For all the hype that other idols have with their musical ability skills, no one can hold a candle to Seungho's skills. 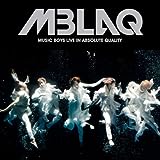 Further, his orientation is actually classical music. If there is anyone who can successfuly fuse classical sound to Korean pop, it would be Seungho. That will also be one breakthrough that will not only be unique but will undoubtedly evolve Korean Pop.

He also has one advantage over Yunho in dancing, he is a breaker. He has the physical raw material to make those breaks.

G.O. may not be able to reach the high notes Changmin can but he does not need to because in terms of voice quality, G.O. is actually more superior than any of the DBSK member. There is a certain sense of fluidity in his voice. He can belt it out without screaming and he can maintain the high notes with such consistency that many other broadway singers take years of training to achieve.

Then there is Mir who is one of the VERY FEW idols who can actually rap. Yes, he didn't train in the "streets" but he comes really close, so close that even some of my African American friends thought he is is half-African American half-Korean. It's not just his melody or rhymes but the actual substance of what he writes.

There is Leejoon who is an actual jazz and ballet dancer and Thunder who expressed desire to learn more about music production.

Put together, Mblaq had the talent to create their own music that will fuse together classic, street and pop sound. Each had enough intelligence to pen songs with lyrical substance and create performances that isn't just about tricks or sexy moves but actual performances that could elevate the standard of live shows.

10 Most Heartbreaking Korean Songs About Love

They were launched at a time when Rain was still at the height of his popularity. Being introduced as Rain's first boyband, it was natural for them to be identified with Rain. It helped them get initial surge of popularity but it proved to be a burden as they couldn't shake off Rain's identity off theirs.

J. Tune tried their best to alienate the group from Rain that Rain hardly mentioned Mblaq anymore. The problem was that the efforts to create an indpendent identity for Mblaq ended there.

Their choreography is still reminiscent of Rain, dominated by sexy movements and model-like walks from one position to another. Their hips are still used more than their feet. They grind instead of pop. They pose rather than lock. They sway rather than break.

Their dance steps are meant to make girs scream. There is nothing wrong with that but Rain-era fans are different from DBSK fans. Although fans expect their idols to look good, they also expect their idols to elevate their performances. Grinding hips will always have a place in Kpop but it does not hold its own pedestal anymore.

When DBSK came out with Something, they signalled their maturity and evolution. From pop songs, they were branching out to other genre. They were beginning to experiment with their sound and their identity and their future.

Mblaq followed the sound of Rain when they were launched and never moved on. Most of their songs are slow with highlights that feature the boys almost whispering... again, very Rain.

Big Bang was first introduced as the "elite" boyband. They rarely appeared in variety shows. It wasn't until they established their name did they actually started giving out interviews and appearing on different variety shows.

Shinee was packaged as articulate and smart group. They didn't shy away from talking in variety shows and were active in all their appearances. They were brave and didn't hold back.

The point is that their "brand identity" was well- established in everything they did including their variety appearances. Mblaq didn't have that brand building. Leejoon emerged to be a variety god and the agency overworked him. On the other hand, the other members were barely given anything outside of their music.

The one thing that worked for Big Bang is YG's decision to give each member individual projects. TOP started acting, Seungri was given a free reign to make his own album, Taeyang were let loose until he found his solo identity and music and Daesung were given the same freedom until he found his market in Japan. Of course there is G Dragon who was crowned the King even before he could rule.

Shinee is being given the same chance. Taemin was pulled out of his image so hard, it shook the whole industry with his unbelievable transformation. Jhonghyun broke away from Shinee's image too and explored his own music.

Mblaq, with all their individual talents, has not been given a platform to pursue something on their own.

Mir could have been given his own hip hop album. He is one of the few idol rappers who is very clear on what he does, he raps. He knows he does not want to venture into singing and could have explored hip hop.

The three rappers in Bangtan Boys were given the chance by their agency to further immerse themselves in hip hop by joining street battles and actually taking classes in the US. They are given a free reign on doing covers and creating their music to experiment even if they are not to release the music. The objective is to simply let the boys create.

He could have been the first idol to create an album that will truly fuse classical sound and Kpop sound. I could almost hear his 100-piece orchestra creating a danceable track. He could have gone acoustic or have a solo piano piece.

It is surprising that even Henry of super Junior has been allowed to release singles with him playing the violing and that's SM, supposedly the agency that does not allow their talents to make their own music.

Why can't J.Tune give Seungho the same support?

G.O. can belt it out. Better yet, he can sing. The guy has a golden voice and yet his vocals are buried into those dance tracks that require nothing from him but several lines. Why is his range not explored?

He could have been the modern Frankie Valli. He could have colloborated with established rock bands in Asia or do a mash up with other singers with a unique voice like LeeSsang's Gil.

Why are Mir, Seungho and G.O. not being given the learning opportunities and creation opportunities? Why are their individual talents not nurtured?

It is not yet too late. The boys still have their talents with them and they still have several solid years together before Seungho has to enter military. Lest we forget, DBSK took almost five years before becoming the undeniable kings.

J.Tune needs to allow them to grow and give them the utilities to grow. The boys is one of the most talented bunch in the whole of Kpop, it's just a matter of marketing them the right away and allowing the boys be themselves, musicians.