8 Songs That Are The Soundtrack To My Life.

Nell loves all kinds of music. You can find her by following the sound of the radio, CD or ipod wherever she goes!

The Soundtracks To My Life.

After turning on the radio yesterday and hearing an old favorite, I suddenly realized that there are so many records over the years that have totally influenced me, or have pointed to a specific time line when I was young. And in fact leading up until now.

Its amazing how just listening to a music track can make you laugh, cry or just dance because it reminds you of a particular time in your life. Either good or bad.

So I got to thinking. What records or music have been an influence in my life? And when did they start?

Well pretty much when I was a child. I think the first record was probably the Monkees. Yes I know I am showing my age!

I remember being at my grandmothers house and they had the TV on in the corner. The Monkees Show came on and the them tune was loud and catchy. Every time I hear that song I am taken straight back to that house in the 60's.

But even though that one is playing now in my head, it was the other Monkees song that defined my life as a tiny child. Its the one my mother always danced around to, and my gran would 'warble!'

If I take a deep breath I can taste the food, smell the cooking and hear my gran's voice. That is the power of music.

So here's my list of life records, starting with the Monkees.

The Monkees hit Daydream Believer got to number one in the charts back in 1967. Davy Jones was the lead singer and it was their last single that hit number one in the U.S. The track has been recorded by many artists since.

I was six years old and remember both my mother and gran singing along with it! So of course the words have been stuck in my mind ever since.

Those Were The Days

Mary Hopkin sang this version of an original Russian romance song adapted by Gene Raskin way back in the 1920s. He changed the lyrics and the rest as they say is history. Paul McCartney produced the Mary Hopkin version which went to the top of the charts. 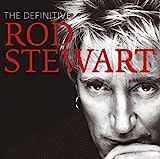 First Cut Is The Deepest.

The First Cut Is The Deepest was written by Cat Stevens. Its been widely recorded by many artists, but the most popular and famous is of course Rod Stewart back in 1976.

This song has a number of connotations for me, but the first one that shouts loudest is the school disco and my very first boyfriend at the grand old age of 15!

After leaving school I met a guy who I went out with on and off for a couple of years. His name was Dave. This is his song.

The Wonder Of You.

Good old Elvis! I love this song. Elvis hit the top of the charts with this track in 1970. Many artists have recorded it since, but none can do it justice like Elvis. That's why he was and still is the King of Rock and Roll.

This song reminds me of my hubby. He used to be an Elvis 'Sort of impersonator'! He sang this song and many other Elvis tracks down the local pub on a night out. he was always asked to get up and give a rendition!

And of course he would sing them to me too, whether I wanted him to or not!

Petula Clark sang this version, but the song is in fact an English translation of a 1959 German ' Seemann (Deine Heimat ist das Meer) roughly translated as 'Sailor your home is in the sea'.

This particular rendition brought Petula Clark her first no. 1 hit.

This is my birth song. I think we both sang this to my son for months after he was born, and it produced great results in the fact that he would nod off to sleep the second we started singing! Yes I know, was it the fact that the song was soothing or our voices being so bad he learned how to block us out? lol!

Alice Cooper. Don't you love him? Not everyone's cup of tea so to speak, but this song brings back many happy memories.

Alice recorded this track in 1989 from his album Trash. This was one of his biggest hits peaking at no. 7 in the U.S. and no. 2 in the UK.

Oh my! This song brings back many happy memories! Let's just say that love was around the corner! And fun times with my friends at the local pub too. It was a great time. Lots of music fun and laughter.

Don't Look Back In Anger.

These guys were geniuses. At least to me. Fabulous songs and lyrics. Don't Look Back In Anger was my very favorite back in the 90's.

Oasis released this single on February 19th 1996. The track was taken from their second album 'What's the Story (Morning Glory). Not only did it get to no. 1 it also went Platinum. I am not surprised, it was an awesome track, and one still played today.

I can't listen to it now.

I only have to hear the opening beat and I fall to pieces. This was a hard hard time for me. My friend Justin who I loved to pieces (my friends boyfriend) died. At the same time as my Dad, and my friends Dad too. The grief was overwhelming. I didn't know where one started and the other finished. My dad broke my heart, Justin broke my mind and my friend's dad just left me completely sad.

Since then I have also lost this best friend too who was dating Justin. So sad. And still today, I can't listen to this. Even though I love the track.

Trance Braveheart is one of my favorite Trance music tracks. To be honest I don't really know who to give the credits to on this. There are so many versions. All I know is that it makes me smile and dance.

So on a much happier noted I give you a tune that makes me dance, smile and remember those awesome vacations in Greece, Cyprus Majorca and well you get my point!

And on another proud note, this is the tune my son can play even better than this version on his keyboard.

Music To Live By.

So there you go. Whether happy or sad, funny or just down right bizarre, these are the songs of my life up until now.

Hope you enjoyed them. And thanks for reading!

What's The Soundtrack To Your Life?