The Queen of Gospel

Gone, But Will Not Be Forgotten

What a great loss to her love ones and to the world of gospel. A pioneer in the gospel industry is gone but will not be forgotten. Those of us who love her, her songs and praises will be with us forever to listen to and remember her. I often wonder what gospel would be today if it weren't for legends like Albertina Walker.

Talk about legends,Shirley Caeser and Dorothy Norwood are friends of the late Albertina; legends in their own time. It was Albertina who took them and others under her wing so to speak and encouraged them in their music careers at a young age.

Speaking of age, Albertina was four years old singing in the children choir at her church. I bet her parents never dreamed that she would one day become a successful artist.

The great Mahalia Jackson was Albertina's mentor. Mahalia knew that Albertina had what it took to be a legend in her own time, so she encouraged and mentored her to become a successful solo artist. Under the influence  and direction of Mahalia, Albertina's career in gospel music escalated when she was twenty two.

Albertina was a solo artist but she did not stop there. She formed a group from the men and women she discovered, The Caravans. She was later given the nick name "The Star Maker".  I wondered why too but take a look at the members of the group: Shirley Caeser, Dorothy Norwood, James Cleveland, Delores Washington, Cassietta George, Loleatta Holloway, Inez Andrews and Bessie Griffin.........All stars in the gospel industry!

During Albertina"s music ministry, many awards and honors were presented to her. There are to many to list here but I'll list a few just to give you an idea. The Heritage Fellowship was presented to her for her contribution to gospel music by former Pres. George Bush. Her album "Songs of the Church" earned her the Grammy for Best Traditional Gospel Album. Her achievements also include 3 Stellar Awards, Three Dove Awards and an induction to the Gospel Music Hall of Fame.

The Albertina Walker Scholarship Foundation was organized by her in 1988. The foundation offers financial assistance in the form of a scholarship to music students to further their education and the foundation also assist in the communities in her hometown Chicago, Illinois. 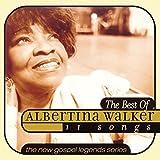 I Can Go to God In Prayer
Buy Now 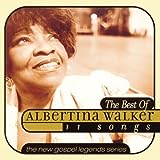 Best of The Caravans 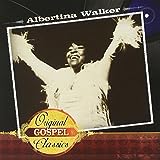