The Top 5 Strangest Cartoons from the 90s

Cartoons In The Nineties Were "Different"

I am a nineties child. I was born in the late eighties so a great deal of my childhood was spent watching cartoons during the wildest decade, in my opinion, for children's television. Sure there are some great shows out there that are pretty weird, one that comes to mind would have to be Adventure Time which appears regularly on Cartoon Network almost daily, but without these original pioneers in original television none of the shows enjoyed by this generation would have ever been given a chance.

Here I compiled a list of five of the strangest cartoons from the nineties. This list is not complete <cue the angry complaints that I didn't include your favorite cartoon> but these are some of my absolute favorites that I just had to tell the world about.

Shows that came close to making this list of strange cartoons from the nineties include Kablam!, Hey Arnold, Ren and Stimpy (left off the list because it was not originally created for children but you can read more about that on Wikipedia, I won't bore you hear), and lastly Doug.

What is your favorite cartoon? Let me know in the comments section. 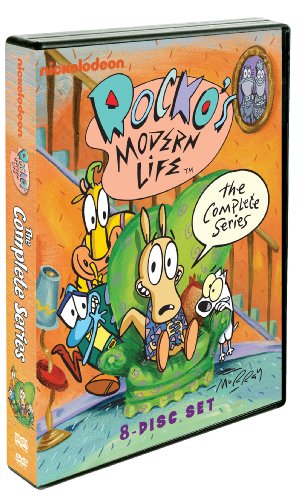 Rocko's Modern life first aired in 1993. It was created by Joe Murray.

I remember watching this cartoon on Nickelodeon all the time as a child. I loved how quirky the main character Rocko was.

Rocko is a wallaby that moved from Australia to some unknown city. There he worked with his turtle friend Philbert. His other best friend Heffer Wolfe is a steer that was adopted by wolves. Heffer's grandpa is old fashioned and always wants to eat Heffer but grandpa is also in a wheelchair and has no teeth. Everyone of the characters in this series is unique and like nothing ever seen in any cartoon I have watched.

I like Rocko's Modern Life now as an adult because of all the subtle jokes. I own the complete series on DVD and I pull it out to watch often. Rocko's Modern Life is one of those cartoons you wouldn't believe was ever aired on children's television. It seems like it was made completely with adults in mind. There are jokes I catch now that I never really got as a child.

This cult classic will make you giggle and at times you will find yourself on the floor laughing as hard as you can.

AAAAHHHH Real Monsters chronicles the life and adventures of three young monsters working their way through scare school. Scare school also happens to be constructed underneath the local dump which means you will encounter some of the most disgusting imagery seen in a children's cartoon.

The main monster, Ickis, has long ears and a timid personality. He is always being mistaken for a bunny rabbit and this drives him insane. He is a monster trying to find himself. Krumb his one of his pals and is utterly disgusting. He smells bad, has horrible habits and holds on to his own eyeballs. He also happens to be my favorite character. Oblina is the female that rounds out the gang and gives them purpose. She is much smarter than the other two in most situations and offers them logic and reason.

If you are looking for a sweet story of a monster trying to find a place in this world with some bugs and toenail clippings. Check out AHHHHH Real Monsters.

Courage the Cowardly Dog Show first aired in 1995. It really didn't gain popularity until 1999 when it started airing on Cartoon Network.

Courage the Cowardly Dog is about a pink dog that lives with an old couple out in the "Middle of Nowhere." The strangest most paranormal things always seem to happen to Courage. Even though his name is Courage, he is a scared pup. He can't really depend on his owners because they are stereotypical old people and really don't know what is going on. They mean well though. Inevitably it is up to Courage to save the day.

Courage the Cowardly Dog is one of those shows that I love to pull out around Halloween. It has a paranormal feel but I can watch it by myself with out having the heebie jeebies scared out of me. It's definitely more funny than it is scary, but it's dark humor. The 90's were a dark time for cartoons and dark humor is an underlying theme in all of these cartoons.

The conservationist in me just LOVES Captain Planet. The whole cartoon screams racial diversity and ecological responsibility from the very beginning. Saving the planet was a huge theme of the 90s and Captain Planet shows us how popular it really was. Sometimes I think this show is single handily responsible for myself and countless others deciding to go into Environmental Sciences field....with that said, it is still an extremely weird cartoon.

In typical 1990s fashion, Captain Planet fights some strange foes including Duke Nukem and Looten Plunder. Duke Nukem is radioactive and hates the planeteers and the good they do for mother earth. Looten Plunder is an evil business man who's activities attempt to destroy the earth.

The planeteers (his sidekicks) call him with their rings and the different elements of Fire, Water, Earth, Wind, and Heart. Captain Planet appears and cleans up the polluting mess of his wicked foes. 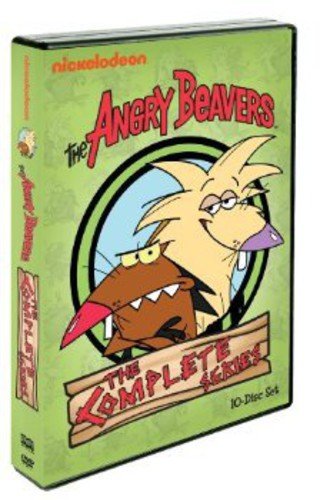 The Angry Beavers first aired on Nickelodeon in April of 1997. The show is about two brothers that have just recently left there families lodge to build their own. Their names are Daggett Doofus Beaver and Norbert Foster Beaver. As you can probably tell by their names, Dagget is a total spaz. Not many of the forest creatures like him. He has a tendency to get on his brother, Norbert's, nerves.

My favorite episode is a play on the movie Groundhog Day. Dagget is getting on Norbert's nerves, as always, and Norbert threatens to punch Dagget into last week. Well Dagget doesn't stop and Norbert fulfills his promise. The rest of the episode is about Dagget trying to figure out how to get his brother not to slug on the last day of the week. Due to Dagget's annoying personality, it was really hard for him to make it back to the present.

This one is tame compared to the some of the others but still a strange treat because of the personalities these brother possess.