The Women of HGTV

Tatiana Londono just opened The Property Shop. What a fantastic name. I love it. Unforgettable. And in one of the world's most premier cities, Montreal, Canada in the eastern province of Quebec.

She's known for her no-holds-barred and bold approach. This style was obvious in the previews, but once you watch the show, you realize that she's sweet, friendly and helpful. A very likable person that instantly grows on you. I'm hooked.

She loves business. She started as an agent a mere five years ago by cold calling and is now a broker who has earned sales in the six- and seven-figures. In her first year she reached the Top 10 Agents list.

For her new agency, the Londono Realty Group, she's negotiated a monthly rent of $3,000 for her dream office with some very cool and funky windows and got $23,000 of renovations thrown in with a two year lease.

She still hustles deals like she always did, but, now besides her devoted long-time assistant, Davina, she now manages her new team of agents. She calls them "the rock stars of real estate."

She loves family too. She attended McGill University and followed in her father's footsteps by becoming successful in the real estate business. She is the wife of Oren Londono and the mother of a son and a daughter. The son recently celebrated a birthday on the show.

She appears on naturallycurly for her incredible and very beautiful hair.

Experienced real estate broker, Sandra Rinomato, is the host of Property Virgins, a show in its third season on HGTV. She specializes in first-time home buyers, apparent by the show's name. She has a wonderful style, one which I like very much. She's honest and upfront and she will stick by your side.

There's a few special twists on the show. The traditional showing of a property to a potential homeowner by walking them through it and telling them the obvious, like "This is the laundry room," is foregone. Instead, she lets them discover the property on their own and form their unbiased impression. She waits outside and joins them later to go over their feelings and opinions. She also withholds the cost of the property and lets them guess before revealing the actual purchase price. She opens the show by walking with them through a neighborhood (they can't afford) and having them point out which property they like.

Sandra has worked in the real estate business for more than 12 years and is now a certified real estate broker and manager at a large international real estate company, Coldwell Banker Terrequity in Toronto, Canada, in the central province of Ontario. She has achieved sales within the top 5% of her company worldwide. She's won awards. She coaches other realtors within the company.

Unlike other shows like House Hunters, not all of the property seekers buy a new home. Some walk away in tears wanting to put the whole process off for awhile. Some have financing that falls through. Some find a home on their own. And some do that, but still come back to Sandra to get the deal closed.

Her first book is due to be released, Realty Check: The Real Scoop on Real Estate. She writes articles, In the Market with Sandra Rinomato. Some of the recent article titles include: "Thinking about buying your first home," "Tips for surviving the bidding war," "Who's buying condos these days?," and "Women love to shop—for real estate!" She has articles on technical issues too such as, home wiring, property surveys, and inspections.

Real Estate TV lists all episodes and a description in an extremely thorough and very readable format.

Property Virgins premiered on HGTV Canada in March 2006 and in the US during season two on Sunday September 23, 2007. It airs in the US on Saturdays at 8/7 pm Central and in Canada on Mondays at 9 pm Eastern/Pacific.

The lovely, free-spirited and barefoot Genevieve Gorder has a new show and it's on HGTV, not TLC, where she hails from with infamous shows like Trading Spaces and Town Haul.

Her new HGTV show, Dear Genevieve, allows homeowners to send a letter to her describing their design dilemmas. She will address the issues by showing up at the homeowner's house in person. At the end of the redesign, she will have the homeowner re-read their letter to her.

She can't be everywhere at once for all the homeowners who have fallen out of love with their homes, so she answers many questions for the homeowners on the show or on the internet. Viewers can post pictures of their design issues on Genevieve's HGTV page.

Genevieve Gorder is an interior designer from Minneapolis, Minnesota who lives in New York City and owns a second house in Jeffersonville, New York where Town Haul hosted its first segment. She fell in love with the town when they redid the entire town. The idea for Town Haul was hers. One of the first shows she is noted for is Trading Spaces, a well-known TLC home show. It features two families moving into each other's house and with the designer's help completely redesigning a room in the other family's house.

She attended both Lewis & Clark College in Portland, Oregon and the School of Visual Arts in Manhattan. She briefly lived in Amsterdam because of the studios there.

She is married to reality TV host Tyler Harcott and they recently started a family. They met when she was on Trading Spaces and he was on Junkyard Wars. Their first date lasted eight days and that said it all for both of them. He moved from Los Angeles to New York.

Genevieve says, "Designing a room comes down to finding out what gives you joy, and I'm there to help make yours visible."

She also states, "I think taking design out of the studio and really having a relationship with the people that you’re making it for really convinced me of how powerful a thing design is. It’s not just an aesthetic decoration. There’s a big difference between decorators and designers and the training is very different. It’s what I do from the time I wake up to the time I go to bed. Whether I’m on vacation or not, I see everything. Design can have such a positive impact on the way people live and on their relationships and moods. It was eye-opening and life changing for me."

She commends television for bringing design to everyone.

She's been on Oprah and noted that she's unlike any interviewer she's met. She says that Oprah has more of a caring and curious spirit than others.

Dear Genevieve premiered on New Year's Day just like The Property Shop and it airs on Mondays at 8:30/7:30 Central. 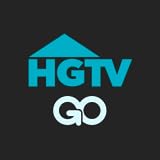