The best songs, sung by actors and actresses. 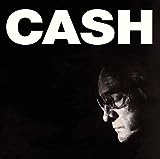 Sister Act / Sister Act 2 - Back in the Habit
Buy Now

I love it when an actor or someone famous that you don't expect to have a good voice, starts to sing, and blows the audience away. Sometimes, they are pretty good and that is enough to surprise me.

This list will draw some controversy as some may ask- "Where is Elvis, Bette Midler,Dolly Parton, Gene Kelly,and others. This list is just about Actresses and Actors that are not known for singing. I really wanted to add "Grow old with you" by Adam Sandler, but he put out a few albums before he did the wedding singer.

Some of these were so brilliant that they should never be forgotten!

Sorry, but William Shatner, Pierce Brosnan, and and Kevin Spacey did not make it! They were awful! Eddie Murphy came close, but I really got sick of that song!

Here is a list of songs that an actor or actress has nailed.

12.The Ballad of Bilbo Baggins- Leonard Nimoy- This one barely made it, but it is considered a classic theme to a great cartoon. I am not sure if the upcoming live action movie will be using it. Note: Leonard also went on to put out an album. A song on it called Highly Illogical made it to the top 40 in the U.S.!

11. Ben- Crispin Glover (Willard) He shocked me by remaking this awesome Michael Jackson smash hit! He was no Michael, but who is?

10. Winner Takes All- Meryl Streep (Mamma Mia) This was so beautifully done. ABBA is not easy to cover, but Meryl did this one so well!

9. Walk the Line- Joaquin Phoenix (Walk the Line) I like him as an actor, but didn't think he would pull off the Johnny Cash Classics. Well, I was wrong!

8. Wildwood Flower- Reese Witherspoon (Walk the Line) She learned how to sing quickly for this movie. June Carter could not have been easy to aim for. Reese did and hit the mark! I love her voice.

7. Cruising- Gweneth Peltrow (Duets) Not only is she beautiful and a good actress, but she can really sing. Note: She played Huey Lewis's daughter in this movie and nailed her part of the duet with him. That was an impressive debut and the radio stations still play it!

6. Oh Maria- Whoopi Goldberg (Sister Act) Whoopi belted it out when did a solo part in this old Catholic Hymn! She was wonderful in this movie franchise.

5. She's Like the Wind- Patrick Swazee (Dirty Dancing) He kicked butt, lead and carried some great movies, and then joined the great star party in the sky! Before he passed, Patrick left us with this timeless classic. If you haven't heard it, you need to!

4. Don't Stop till you Get Enough- Chris Tucker (Rush Hour 2). Chris is a nut, and I loved him in the Rush Hour trilogy. He walked into a karaoke bar and saw a guy butchering this song. So naturally, he grabbed the microphone, and the rest is history.

3. I Have a Dream- Amanda Seyfried (Mamma Mia). Mamma Mia was a great musical, and Amanda did such a beautiful version of this!

2. Slipping through my fingers- Meryl Streep (Mama Mia). This was so heart felt, and I almost put several of Meryl's performances on here. She was such a surprise in this mondern day classic!

Number one has to be heard to be believed. I never would have guessed that he could nail such a great song. He is gone but will never be forgotten! Long live the king of comedy!

1. Funiculi Funicula - Rodney Dangerfield (Easy Money). This one surprised me and was so much fun to hear.