The Celtic Songs of Loreena McKennitt

A refrain that haunts ...

Occasionally you get to hear some beautiful music used as a film score. Often it is a classical piece and you can track it down quite easily. Sometimes it is especially written for, and belongs only, to the film and the composer's name is in the closing credits.

And then, just sometimes, you hear a piece of music in a film which takes over your soul and you just have to know what it is. If you miss the closing credits all seems lost.

One such piece is the haunting music entitled Bonny Portmore in the video below. It was used on the soundtrack of the film Highlander Ⅲ - The Final Dimension (1994) and is by Loreena McKennitt, a Canadian singer/musician, who has the voice of an angel and the soul of a Celt. And it is not by lucky chance that her music is so often in demand for film soundtracks. 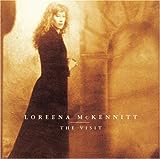 Whilst Loreena's crystal clear soprano voice speaks, or rather sings, for itself, it is obvious that she is a multi-talented performer. Not only does she compose and record her music on her own record label, Quinlan Road, but she is also plays the harp, piano and accordion. And, although she is often categorised as being in the Celtic/Folk/World music genre, she is all of those things and much, much more.

Despite being a Canadian Loreena has taken much of her musical inspiration from English classical literature and poetry such as 'The Lady of Shalott' by Alfred Lord Tennyson and 'Prospero's Speech' by Shakespeare. From such sources as these she has truly created a niche of her own and it is not hard to see why she was awarded the coveted decoration the Order of Canada for her services to music. 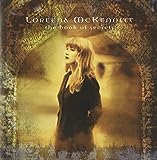 The Book of Secrets
Buy Now

So why does her music appeal to so many?

The appeal of Loreena McKennitt's music is not hard to see, creating as she does lyrical and unashamedly romantic music in an age more usually given over to aggressive lyrics laden with explicit expletives. It appeals to the mystic in so many of us, the sensitive side, the hidden side of even the most hard-nosed of us.

Record sales of over 14 million albums tells us something as does a career spanning over 25 years and that makes her so different from the mass produced, cynically manufactured, plastic singers we are offered as talent these days.

Because of her extensive body of work it has been quite a task to select the three videos I have chosen for this piece. If you are new to her work and like what you hear then you will find most of her work is on YouTube.

The following track is representative of her music. It is Dante's Prayer and it always, always moves me to tears ... no easy thing. I truly hope you find it as moving as I do.