Humans Are the Monsters: Frankenstein - Jonny Lee Miller as Creature

Meeting with cruelty wherever he goes, the friendless Creature, increasingly desperate and vengeful, determines to track down his creator and strike a terrifying deal.

National Theatre Live released films of two 21st century Sherlock Holmes actors each portraying Dr. Frankenstein and/or The Creature.They will never be released on DVD, so catch these in a theater when you can.

Halloween week has been a splendid time to view them. Both versions of the play outscore the Halloween horrors of Filmland in recent years. I think my mouth was agape the entire two hours of the show.

For those who enjoy both Elementary (CBS) and Sherlock (BBC), the NTL Frankenstein productions are an unusual treat, much like watching Steve Martin and Robin Williams in Waiting for Godot - or imagining both Sherlocks portraying Williams's madman of The Fisher King in his own way. All these actors are astonishing.

...the major thing that makes him Sherlock is his relationship with Watson - their friendship. For me, that, I guess, is the biggest side, the more interesting side than the genius. -- Jonny Lee Miller

The Two Sherlocks, the Two Creatures

For Jonny Lee Miller, the Creature portrayal is about learning to use a new body and about relationships and power. For the redoubtable Cumberbatch, the Creature is about other-worldliness and madness in a body and soul that do not function properly.

From 2010 - 2014+, Cumberbatch has portrayed the Great Detective in 21st century London. From 2012 - 2014+ Miller has been Holmes in New York City. Cumberbatch's Dr. Frankenstein is Holmes spouting scientific definitions and admitting he knows little of women and nothing of what "they are good at." His movements on stage are lyrical, long of line and flow, and I can see his Creature portrayal in them. This is perfect, since elements of each of doctor and creation are in the other's personality.

Cumberbatch presents the more believable Dr. Frankenstein of the two actors, and has taken his quirky characterization from and into his intriguing Sherlock Holmes, Kahn Noonien Singh, Julian Assange, and several others. He is strange and electric and one cannot stop watching his performance - with an eye toward running out of the theater if he gets too close.

The scruffy, unshaven, irritable Holmes of Mr. Miller translates to a more engaging Creature. He seems even a more convincing addict in his Holmes presentation than does Cumberbatch.

As the Creature, Miller stuns the audience as his man of corpse parts falls out of a dimly lit circle of beige cloth womb and onto the floor under a spot light. After the initial darkness on set, the ceiling full of copperish bulbs of several sizes blazes like a supernova.They produce lightning in other scenes and rain falls on stage.

This creature has strong body parts that do not work together. After birth, the bloody wretch vocalizes in grunts and nonsense syllables, shouts and wails, unable to control his speech or body, much in the manner of a stroke patient. His hands curl and although they lengthen and become elegant in balletic movements, they maintain a slight residual curl.

For 15 minutes, his right leg tremors more than the rest of his body convulses and this turns into a limp. He stands, falls, rolls, stands, runs headlong, and falls again. When he develops a walk, it is a toe-walk of the neurologically and muscularly impaired - I recognized it from working with these patients. It is brilliant.

Spring makes you happy WHY? -- The Creature to old blind friend.

Miller says he also put much of his then-two-year-old son into his performance and it is superb. It is a combination of toddler and neurological patient with a wide range of emotions.

Lonely, the Creature blackmails the doctor into creating a woman Creature for him. Then, Dr. Frankenstein destroys this actual girl of the Creatures dreams. The Creature howls in heartache and berates the doctor for abandoning him early on and for humanity for physically beating any opportunity for joy out of him. We see this several times in the forms of the villagers and fishermen - men and women with clubs and stones instead of torches.

Humans are the most frightening monsters.

Our rating for Frankenstein: Jonny Lee Miller as Creature

5 stars for Miller as The Creature

Do you know what's in those mountains? Snow and ice and a bit more snow and ice. -- Dr. Frankenstein's Housekeeper

On to the Pole! -- The Creature to Dr. Frankenstein

Monsters: A Celebration of the Classics from Universal Studios
This book is a moving and interesting tribute to the actors and stories of the Classic Universal Studios Horror Films of 1925 - 1956. iot is highly collectible, but affordable, including many photos never before collected together, along with essays written by family members of these stars. Personal histories of these actors are far larger and more intriguing than audiences expect. Meet Boris Karloff, Bela Lugosi, Lon Chaney Jr, the Creature From the Black Lagoon and several others.
Buy Now

Parallels to the 1930s Films

The wooden stage for NTL Frankenstein includes a center circular area that can rotate, or lift and descend with half a circle at a time, bringing scene changes. One scene descends from the ceiling as well. Grassy strips appear and disappear, as does a roaring fire. A steampunk-human train pulls up to the audience with a musical number. A grave opens up in an extra boardwalk over the audience.

For fans of the Karloff films, this play covers Frankenstein and the Bride of Frankenstein. Miller is humorous as he learns to speak, read, and recite Milton (Paradise Lost, of course). Cumberbatch is not funny to me in the part of Creature, but he is to some UK critics.

As Miller takes on the role of Dr. Frankenstein, individual frock coats that make Cumberbatch look elegant cause Miller to look as though he is wearing a knee length ripple-hem dress - he is 2" shorter and wider in musculature. The wig makes him appear boyish and a bit goofy, not scientific. However, a bit of his Creature's stuttering and balletic movements translate to his Frankenstein and we see the spot of emptiness and the abomination in them both.

When, as the bald and stitched Creature, he shouts "Frankenstein!" at Cumberbatch, it sounds like a villager in the old films shouting at the Monster. In this screenplay, it is the Creature that takes up a burning torch, rather than the villagers, and there is no Igor.

Slowly I learnt the ways of humans: how to ruin, how to hate, how to debase, how to humiliate. And at the feet of my master I learnt the highest of human skills, the skill no other creature owns: I finally learnt how to lie. -- The Creature in Nick Dear's screenplay 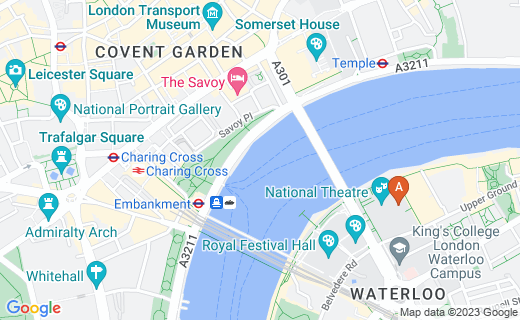