Library of Top 10 Hit Songs of 1982 with instant videos

The year is 1982. The president is Ronald Reagan. Price of a stamp is 20 cents. Loaf of bread is 50 cents. Gallon of gas is 91 cents. Tomatoes cost 39 cents per pound. Largest armored car heist happened to the tune of 10 million dollars. EPCOT center opened. Man of the year is “The computer”. First CD player released. Soviets land a spaceship on Venus. Michael Jackson releases Thriller. ET the movie opens. Elvis Presley’s Graceland home opens to the public.

This top ten list is comprised of several sources including Billboard and other charting networks popular vote, and sales histories over the years. I hope you enjoy this walk back in history and of a time where there was such positive youthful engergy.

John Mellencamp, also known as John Cougar Mellencamp, is an American musician, songwriter, painter, and an actor. In 1982 rose to super stardom and produced ten top singles one right after another. So far, he has achieved forty top ten hits in the United States alone. He has be nominated for thirteen Grammy Awards, and winning one. He is also a founding member of Farm Aid and helped raise over $50 million dollars for the cause.

Duran Duran are an English band that is known for its new wave/synthpop sound. They went from alternative sensations in 1982 to mainstream pop in 1984 and then in later years they transformed into a soft rock act. They have had 14 hit singles in the UK and and 21 in United States. They have sold over one hundred copies of their records. They have won two Grammy Awards, and a MTV Video Music Award for Lifetime Achievement. They also have a star on the Hollywood Walk of Fame.

Eye of the Tiger

Survivor is an American rock band formed by Jim Peterik. The band's biggest hit was their 1982 “Eye of the Tiger” which was also the theme song for Rocky III. The band split in 1988. The band changed its musical direction with a heavier sound in the song, “Too Hot To Handle.” but it barely made it to the Billboard 200.

Toto is an American band which started in 1977. Toto is best known for a style oe f music that combines pop, rock, soul, funk, progressive rock, hard rock, R&B, blues, and jazz. They were most successful during the 70’s and 80’s. There most famous hits are Hold the Line, Rosanna, and Africa. The band had released a total of 17 albums and have sold over 40 albums to date. They were inducted into the Musicians Hall of Fame and Museum in 2009.

Hot in the City

Billy Idol is an English musician, singer, songwriter, and actor. He achieved fame in 1970 when he was a member of the punk rock band Generation X. After that he branched out into a solo career which ended up for him becoming one of the lead artist in the MTV, Second British Invasion in the United States.

Billy Idol became a commercial success with his music videos for singles, “Dancing with Myself”, and “White Wedding”.

Peter Gabriel is an English singer, songwriter, musician and humanitarian activist who had his beginnings in the band Genesis in 1975. He launched his career with “Solsbury Hill” which went triple platinum in the UK and five time platinum in the United States. The album's most successful single “Sledgehammer,” won nine MTV awards and has been the most played video in the history of MTV.

Up Where We Belong

Joe Cocker was an English singer and musician. He had a deep gritty voice and body movements that were spasmodic which became iconic in his performances and during different versions of his popular songs’ He covered the Beatles song “With a Little help from My Friends” which reached number one in the UK in 1968. He also performed that song at Woodstock. Joe Cocker was ranked on the Rolling Stone 100 greatest singers list.

Back On The Chain Gang

Back on the Chain Gang was written by Chrissie Hynde and recorded by the Pretenders. It was released as a single in late 1992. It was later added to the Pretenders album called Learning to Crawl later in January 1984.

Back on the Chain Gang hit the Billboard charts and then reached number five on the Hot 100. At that point, it became the band's biggest hit in the United States. About the same time it also hit the Billboard Hot Mainstream Rock Tracks at number four.

Do You Really Want to Hurt Me

Do You Really Want To Hurt Me was written and recorded by the British new wave band, the Culture Club. It was released as a single from the band's platinum debut album, Kissing to Be Clever. It was the Culture Club's first number one hit in the United States. It became a widely acclaimed hit and remained in the number two spot for three weeks.

The song was picked up by radio stations throughout the world and featured in Cash Box magazine. The single sold over 900,000 copies in the United States. It became a number one hit in both Canada and Australia.

Maneater was performed by the American band, Hall & Oates. It was featured on their eleventh studio album, H2O. It hit the number one spot on the Billboard Hot 100 and remained up there for four weeks. Maneater was more successful than any of their other five number one hits.

Contrary to what many people originally thought, Maneater wasn’t about a woman. Maneater, in fact, was about New York City. The parallel of the feminine characteristics and the city was extremely well played.

Of these artist, who do you think is number one? 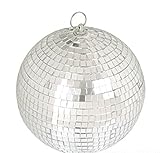 Thanks for stopping by to check out this Top Ten list. I hope you have enjoyed. Please feel free to leave comments, suggestions, or ideas for other music list below.

Hope you have a good one--keep on rockin!