Probably the biggest question regarding movies in the found footage sub-genre, is if this is actually a sub-genre at all. Obviously, the format is a technique for actual filming, and is often considered campy by some. Certainly, it feels as if its over-used at times.

However, the real question of whether or not it's sub-genre should be to define what a genre is. Various sources tell us that genre is a definition of art, literature, or other media defined by form, style, and content. If we can say that found footage films fits this criteria, I would likely classify it as a genre, but like any humanity, there can be many different takes on this.

I think form is the easiest criteria that found footage fits. It is a definite mode of cinematography, characterized by visualizations in the first person and attempts to make dialogue and action seem 'unscripted'. However, it should be noted that actual film with no blocking or advanced planning would seem a lot more chaotic and hectic.

Style is the second criteria, and I still think that found footage occupies this one easily. Almost all found footage films follow a very formulaic style. There is an initial introduction and build-up, usually where a person filming is attending a party or some other event and has a specific reason to carry around a camera. As they go, the build up in suspense is very quick, and the film usually reaches one or more climatic points that are characterized by cheap scares.

Lastly, we have content. In this, I would say that almost all found footage is horror, and in fact, I've never seen found footage films that are not. As a result, it is easy to understand that if horror is understood to contain its own archetypal content, then so should found footage.

Thus, with all of these portions in place, we come to three conclusions and a final resolution to our question. Found Footage has form, style, and content that is characteristic of that type of footage. As a result, found footage, if this definition is used, must be a form of genre.

The Blair Witch Project is a film about a group of college students who go missing while making a documentary about a local myth called the 'Blair Witch'. Their footage is later discovered, and reveals startling details about a mysterious force that was out to kill them during their filming. The film was marketed heavily, with a convincing mock-umentary produced and aired on the Sci Fi channel, in order to boost viewership.

The resulting phenomenon was startling to say the least. This film single-handedly proved to be the biggest financial coup of the 90s, pulling in close to $250 million in box office receipts off of a $22,000 production budget. The film successfully launched its own genre and chain of sequels. 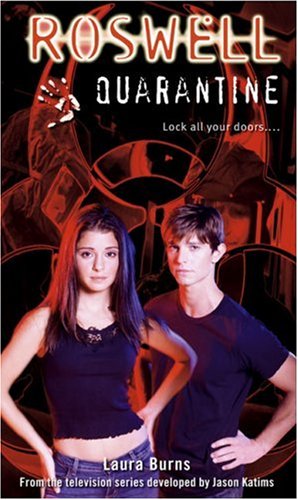 Quarantine is an atypical zombie film, which follows a television news crew on a regular night out with the Los Angeles Fire Department. Things go awry when the department is sent on a call to a local apartment building. Some sort of infection seems to be spreading through the residents, and worse yet, mysterious government forces quarantine them inside with the monsters...under threat of death.

Quarantine was a remake of a popular Spanish film called 'Rec'. Also a zombie film, while there are some minor differences, each film is relatively the same. Quarantine proved a commercial success, taking in 41 million at the box office off of a 12 million budget.

This film is an anthology of smaller horror shorts, built into a frame narrative. That outer narrative itself acts as a horror film that helps tie the other shorts together, albeit loosely. In total, the film is a found footage film that celebrates and defends the emerging genre.

While the film may not have been commercially successful due to its limited release it has gained a cult following strong enough to garner attention for a sequel. Critics generally gave the film an average rating, due to the nature of the anthology, where some pieces were stronger than others. While this may be so, it is still a great horror film, and I believe is designed to improve upon a new and emerging genre.

Cloverfield is the story of a giant monster that attacks downtown Manhattan. In the midst of it is Rob, a resident about to leave for Japan for a new job, despite his misgivings and regrets concerning a relationship he almost had. Rob and his friends struggle to survive while making their way deeper into the city to rescue the one that he was about to leave.

Released in 2008, the film scored 180 Million at the Box Office, off of a $25 million budget. The film was heavily marketed by viral means, with several leaks and a multitude of tie-in media, even going as far as a tie-in manga in Japan. Generally, the movie was viewed favorably by critics.

#5 Diary of the Dead

A group of students are in a rural part of the country making a student horror film when they hear new of mass riots and murders. Spurred on, the group loads into an RV and goes about to try to make a documentary of the events as they happen. Naturally, nothing ends up like they intended.

The film was successful financially, bringing in 5 million from a 2 million budget. It is astounding that one of the men who is responsible for pioneering our modern conception of Zombies could release a zombie film so far under the radar. However, disputes concerning rights over Night of the Living Dead may have cost him some of his prestige. Still, the film does well, and mixes a good bit of horror and suspense with Romero's trademark social commentary. Well received by reviewers, Romero is still acknowledged as a master of his craft.