They are one of those bands that I grew up with and continue to listen to. I know most of their songs by heart and can tell the title within the first bar or two of the song, they're just that distinctive. And real Southerners get really pissed off when people spell the name of the band wrong. Seriously. I could cost you life or limb, so don't do it!

I do know that Skynyrd has had some revivals, but I don't know much about their music after the 1977 plane crash that killed half the band. So all of the songs on this list were recorded prior to their deaths.

These songs are in no particular order. If I've left a song out or if you just have an ax to grind, feel free to comment. We can settle it with or without light sabers!

Note: That Smell is not on this list because I can't listen to it without cracking up. Even if it's not supposed to be funny.

I wonder if the dude that wrote this was bi-polar because, with the exception of leaving my woman at home (!!), I want to pick up and run off sometimes, too.

"Train rolls on I can't change, I can't change..." This is a recurring theme in Skynyrd's music, and one I can definitely relate to, even if I have done a lot of changing in the last few years.

Note: No, I still haven't forgiven Metallica for covering this song. I think that classic rock should be left the hell alone. Do you hear me, Limp Bizkit?

This is another great song and classic Skynyrd.

All his mom wants from him is to keep his life simple and be what the world needs him to be. She tells him not to be swayed by temptation and to do the right thing.

Maybe things would be different in this world if we all tried to live that kind of life? 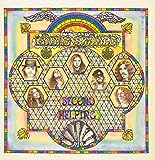 Call Me The Breeze
Buy Now

8. Call Me The Breeze

This is another song about being free and sticking to who you are.

Some people have said that these two themes appear too often in Skynyrd's music, but I think it's a message that the writer wanted heard. He is who he is and he isn't going to apologize for it. These songs say "Love me, anyway." And we do.

7. The Ballad of Curtis Loew

Curtis Loew was a black man that sat on the corner playing the blues for wine money. This is a great example of Lynyrd Skynyrd storytelling. It's a sad and sweet tale all at the same time.

"On the day old Curtis died, nobody came to pray. Ol' preacher said some words, and they chunked him in the clay. But he lived a lifetime playin' the black man's blues. And on the day he lost his life, that's all he had to lose."

I've often thought that I'd love for Curtis Loew to play for me once or twice.

Somebody's gonna get it on Saturday night. Especially if liquor's involved:

"Hand guns are made for killin'. Ain't no good for nothin' else. And if you like your whiskey. You might even shoot yourself."

Is this a story or social commentary? It seems relevant right now with all of the gun control and wrongful death stories in the media. Maybe Skynyrd were thirty years ahead of their time?

5. You Got That Right

This song just makes me feel good, but it isn't as "Skynyrd-y" as some of their music. In fact, the beginning of the song almost sounds more like the Eagles than Skynyrd. It also kind of smacks of what pop-rock would become in the eighties. It does make you want to get out of your chair and dance around the living room.

I still love the message, though.

"Seems so long I been out on my own, travel light and I'm always alone. Guess I was born with a travellin' bone. When my times up, I'll hold my own. You won't find me in an old folks home."

Here we go a wandering again.

Seriously, though, I don't want to be in an old folk's home, either.

Lynyrd Skynyrd You Got That Right Video (Non Official)

This song goes all the way from fishing for bream to "go on to the city, I'ma sit here and hang out."

"Well, I'd rather live with the hound dogs for the rest of my natural born life."

There aren't too many songs that can actually give the listener a sense of what it's like to love living in the country. I'll take the peace and quiet, too. Even if the dogs do get to barking once in a while.

This one and my number two song are the most well known of Skynyrd's songs. I think they really are imprinted on our DNA as Southerners, and I bet there are plenty of kids that learn to sing these songs before they can even form complete sentences.

"Well, I heard Mister Young sing about her. Well, I heard ole Neil put her down. Well, I hope Neil Young will remember, a southern man don't need him around anyhow."

This song did add a lot of fuel to the "Is Lynyrd Skynyrd racist" question but, if you listen to the lyrics, it's a lot more complicated than that. Just because they used the "stars and bars" didn't meant that they were skinheads. Quite the opposite, in fact.

A lot of us are Free Birds, we just don't recognize it. I'm one of those folks who thrives on change, and as much as I might bitch about it, I kind of like pulling up stakes and heading to another state or two (or five?). Maybe there is a little bit of Valkyrie in me.

"But, if I stayed here with you girl, things just couldn't be the same. Cause I'm as free as a bird now, and this bird you'll never change."

I wonder how many rednecks (and I mean this with love and respect) had or will have this song played at their funerals?

Before you start thinking you're gonna get on me because neither Free Bird nor Sweet Home Alabama were my number one song, remember who you're talkin' to, son. :P

"He said, 'Hey there fellow with the hair colored yellow - what you tryin' to prove? 'Cause that's my woman there and I'm a man who cares and this might be all for you.'"

Gimme Three Steps is one of my all time favorite songs. I can just see the dude shaking in his shoes while starting straight down the barrel of a .44. I can also see him running like hell when he finally does get the chance. I also have a few choice words for Linda Lou.

I think I love this song so much because it tells a story, and a funny one at that. Or, not so funny, if you're the guy asking for three steps!