Have you ever wondered why a lot of men in their late 30s and early 40s are such emotional hard cases? Why this particular age group are so stoic that you hardly ever see them cry? Well, it could well be because, in their formative years, television and cinema exposed them to the kind of idols who were all round, good old-fashioned tough guys. These idols were real men who had no time for Health & Safety issues, no feminine side, and, even when facing certain death, certainly didn’t cry. Below are a few examples of the kind of TV and screen heroes that impressed a generation of boys in the 1970s and 80s.

Bond is a cold, selfish, arrogant bastard; a typical Englishman. He is a secret agent paid by the British Government to travel the world in his rocket-launching submarine sports cars to assassinate sinister villains and sleep with glamorous women. Nice work if you can get it. He is well educated and knows the customs and language of every foreign locale. Bond is the very essence of “stiff upper lip”. Made impressionable young boys everywhere want to run around in safari suits with chainsaws for wristwatches.

Indiana Jones and the Raiders of the Lost Ark
Buy Now

Dr Henry Jones Jr. is an academic and adventurer in 1930’s America. From the outset, he is an average man, a college professor in fact. But, when the occasion calls for it, he becomes his whip-cracking alto-ego ‘Indiana’ Jones, acquirer of rare, historical artefacts. He’s a rough and tumble hero who takes his beatings and manages to look better for it, scruffy and shabby with cuts and bruises. To this day, men who were influenced by Jones can be seen wearing something akin to their hero’s outfit whenever they travel somewhere semi-exotic.

Rocky is a two-bit semi-pro boxer from the slums of Philadelphia who is given a shot at the big time. An uneducated slugger with a big heart, who by a blend of incredible self-belief, inspiring training montages, and some old-school coaching from the bloke who used to be the Penguin, goes on to become the Heavyweight Champion of the World. Twice. Inspired 1970’s kids to want to sprint up and down the steps of municipal buildings singing Gonna Fly Now. “Remember, you cain’t be hoi’t”

“Dirty” Harry Callaghan is a gruff Homicide Inspector for the San Francisco Police Department. Harry is the perfect stoic. The perfect stoic with the world's biggest gun. He doesn’t like anyone and doesn’t care if anyone likes him, much preferring to work alone. Believes whole-heartedly that the only way to get things done is to do it himself, constantly falling out with his superiors because of his unorthodox methods and non-conformist attitude. Dirty Harry is the original maverick cop who spawned a thousand imitators, the classic anti-hero. After Sudden Impact in 1983, males all over the world would reply to a potential fight with “go ahead, make my day”. Less intimidating without a .44 Magnum though.

Jack Regan from The Sweeney

The Sweeney is a gritty, British cop show from the 1970's. “Sweeney” is a cockney rhyming slang expression; “Sweeney Todd”, means “Flying Squad”, a branch of the London Metropolitan Police, who specialise in tackling armed robbery and violent crime. Detective Inspector John 'Jack' Regan heads up the department supported by his right hand man, Detective Sergeant George Carter. Like Dirty Harry, Regan is a maverick copper, bending the rules to suit his own ends and upsetting all and sundry along the way. Essentially, Regan and co. scream around 1970’s London looking for “villains” to beat seven shades out of to make the capital a safer place. Once these ‘slags’ have been subdued, usually lying in their own blood, Regan yells “You’re nicked, sunshine!" Proper police work. Jack Regan is a man who enjoys brutal violence, plentiful booze, foul language and brassy birds. 1970’s Britain in a nutshell.

Who’s the black private dick, that’s a sex machine to all the chicks? Who is the man that would risk his neck for his brother man? Who’s the cat who won’t cop out, when there’s danger all about? I’m talking about Shaft. You see this cat Shaft is a bad mutha. He’s a complicated man but no one understands him but his woman. Can ya dig it? You’re damn right! John Shaft. Right on! 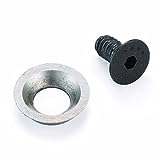 Bodie from The Professionals

The Professionals is a British buddy cop show similar in style to Starsky & Hutch. CI5 (Criminal Intelligence 5) is a fictional law enforcement department, with a mandate somewhere between the police and the secret service. Their two best agents are Ray Doyle, an ex-police detective and William Bodie, an ex-SAS sergeant. Doyle is a sensitive and thoughtful character with a short temper and a very dodgy perm. Bodie is a calm, confident ladies man who is stoically ruthless. Together they vanquish foreign and domestic threats to the UK by alternately speeding their Ford Capri around docks and commando-rolling through warehouses before meeting up with some air stewardesses for cocktails. Bodie was so popular at the time that the actor who played him (Lewis Collins) was hotly tipped to become James Bond when Roger Moore announced his retirement. That role subsequently went to Timothy Dalton, but not to be outdone, Collins went on to play a calm, confident, stoically ruthless SAS agent in the cult 1982 classic Who Dares Wins. Legend.

Every kid of the age loved Star Wars. The geeky kids wanted to be Jedi farm boy Luke Skywalker and play with a light sabre. Everyone else wanted to be cocky pilot Han Solo and play with Princess Leia. Solo is a self-interested, pragmatic smuggler who has no time for “hokey religions” like ‘The Force’. He is a charismatic rogue whose confidence makes him irresistible to women. And he knows it. When Princess Leia finally confesses her feelings and tells him “I love you”, Solo replies with “I know”. Smooth. Apparently, when you are an inter-galactic star pilot, this is roguish confidence; When you’re an Earthbound student, you’re an arrogant p***k. Women.