Trilogies that Are Actually Worth Watching

Starring Matt Damon, The Bourne Trilogy is a 342 minute long heart pounding movie marathon that will leave you on the edge of your couch the whole time!

The Bourne movies are what put a spotlight on young male actor, Matt Damon. Before Doug Liman came along and offered Damon the role of Jason Bourne, he was a wanna-be actor with short cameos here and there.

Then, in 2002, the box office got smacked in the face with Matt Damon in "Bourne Identity". Critics raved, viewers flocked to the theaters, and the buzz was hot!

The follow-up movies "Bourne Supremacy" and "Bourne Ultimatum" each topped the previous movie - making this trilogy a MUST WATCH back to back.

Yes, I know, there were more than three Indiana Jones movies. Quite frankly, I am ignoring them due to their poor quality and the fact that they are not worth watching.

When people talk about Indiana Jones, they are referring to the classics from 1981, 1984 and 1989. Anything after that is something else completely. I mean, who revisits a hit two decades later anyway? And "Kingdom of the Crystal Skull?" Really?

So for the people who think back to the 80s when they hear the name "Indiana Jones", I am talking to you. This trilogy is well worth watching back to back on a rainy day. Pop some popcorn, grab a good drink, and get ready for 360 minutes of action packed, pulse pounding cinema.

Summary of the Indiana Jones Trilogy:

The Indiana Jones trilogy, consisting of the first three original movies: Raiders of the Lost Ark, Temple of Doom and Last Crusade, is cinematic perfection broken up into thirds.

Raiders of the Lost Ark gets you hooked and leaves you wanting more. Then Indiana Jones Temple of Doom draws you in with its dark overtone but yet consistent quality and plot development. Finally, the Last Crusade ends the trilogy in a fantastic, comical way.

The Matrix Trilogy - A Journey into a Simulated Reality. Or Out of One?

Do you generally enjoy film trilogies?

The Complete Matrix Trilogy on Blu-Ray

Third on the list is The Matrix- a fantastic trilogy directed by the Wachowski Brothers about a dystopian future consisting of a simulated reality.

This science fiction smash starring Keanu Reeves consists of three films, "The Matrix", "The Matrix Reloaded", and "The Matrix Revolution". Keanu Reeves and Cary Ann Moss work as "truth-seekers" in an alternate reality along with the help of Morpheus, played by Laurence Fishburne.

The Matrix trilogy changed film. The movies were exciting, yet philosophical, consisting of in-depth themes that left much food for thought. While Reeves, Fishburne and Moss work together to battle machines, plot twists and a complex storyline leave viewers all with unique thoughts and feelings after watching the three movies.

In "The Matrix", Neo Searches for the Truth

Trilogies Worth Watching That I Didn't Mention

The Star Wars Trilogy consists of "Star Wars", "The Empire Strikes Back" and "Return of the Jedi". Created by world-renowned filmmaker George Lucas, Star Wars is a "space opera", a philosophical series and a pop culture phenomenan.

The first movie in the trilogy, "Star Wars", was released in 1977, the sequel title "The Empire Strikes Back" came out in 1980 and three years later "Return of the Jedi" came out. These movies changed a generation and sent a shockwave through the film industry.

This trilogy is so good that even though there has been a following trilogy (which was actually a prequel), there is also going to be a third trilogy. The following three movies are going to be the 7th, 8th and 9th in the Star Wars sequence of films that has so far been released as the 4th, 5th, and 6th followed by the pre-cursor, the 1st, 2nd, and 3rd.

George Lucas created the original trilogy and set the bar high, then in 1999 Irvin Kershner met that bar by releasing "Star Wars Episode I: The Phantom Menace". Following the direction and script written by Lucas, Kershner created the cinematic trilogy follow-up that featured one of the biggest cinematic twists in history.

The Hangover Trilogy is the Newest Trilogy on the List 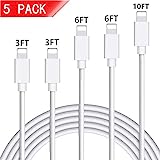 The Hangover trilogy is a more recent set of films, but is well deserving of making this list. Packed with a hilarious cast, movie after movie, Zach Galifinakis, Bradley Cooper and Ed Helms take viewers for the ride of a life, not once, not twice, but three times, as they try to remember what happened the night before.

A gut-wrenching set of films directed by Todd Phillips, the first "Hangover" movie was released in 2009 and left critics laughing and left the crew stumbling to the box office to cash in.

Although critics weren't as excited for the second two movies, fans of the first "Hangover" showed the critics that this trilogy was not a mistake, bringing in over $1.4 billion worldwide.

Originally, the screenplay was written by two writers, Jon Lucas and Scott Moore.

The two got the idea for the movie after overhearing that one of their co-workers went missing after a bachelor party. They presented the idea to Warner Brothers Studio who bought the screenplay for $2 million.

After Warner Brothers obtained the writing, they handed it over to Todd Phillips and Jeremy Garelick to revise.

By 2013, the three movies were all released and had brought in $643 million in the United States alone. Total budget for all three films was only $218 million.

The Lord of the Rings

No list of trilogies would be complete without "The Lord of the Rings" movies created by Peter Jackson. The movies were filmed back to back, then released one year after another starting in 2001.

The three films were based on the fantasy novel written by J.R.R. Tolkien.

Peter Jackson’s adaptation of J. R. R. Tolkien’s classic fantasy epic remains the gold standard by which other trilogies are judged. The three movies won seventeen oscars, eleven of which came from "Return of the King" alone.