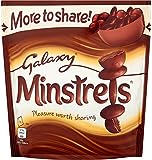 Carl Sandburg (1878-1967) and Bob Dylan, May 24.1941, born Robert Allen Zimmerman although of different generations both are poets and both had major influence on the folk revival of the mid 20th Century.

As noted previously the minstrel of the medieval age wrote poems and sang them since most people back then could not read, entertainment was scarce so they were glad to hear the songs and stories presented by the singers. The songs were also easier to remember than a narrative might be. One thing I have noted when folk music becomes part of the entertainment in modern times, such as at a party, people do not have the patience to listen to a long narrative song. Therefore conditions are somewhat different and such long songs are not the case, although printed poems often are.

Sandburg, mostly known as a poet and biographer, was also a collector of folk songs published a book: The American Songbag in 1927. It consists of songs and ballads that have been sung, throughout our history. The songs were collected from people of all sorts of backgrounds, especially “ordinary” folks. Dan Zanes has a CD “Parades and Panoramas: 25 songs collected by Carl Sandburg. Sandburg himself has recorded a great number of old songs and written other books on the subject. I won’t try to judge, but personally I don’t care for Sandburg’s voice. But then I am not real crazy about Dylan’s either. He was born in Galesburg Illinois where the house is preserved by the Illinois Historic Preservation Agency and represents living conditions for a working class family in the late 19th century. Since I used to live near there I have visited the house a few times. In alter years he moved to the area of Henderson, North Carolina, near Flat Rock and raised goats.

Dylan, on the other hand, was born in Duluth, Minnesota, lived in Hibbing Minnesota from the age of 7 to 18. Hibbing was very far north and very cold in the winter. The music was largely polkas and what is called old time music in this part of the country. Ironically, I remember Pethe Seeger when visiting Minneapolis telling a reporter that people should look for folk music in their own back yards. New Ulm, Minnesota, he said, is where we Minnesotans should look for our own folk music. The kind of music that he was talking about was the kind that Dylan left Hibbing to get away from. I think Dylan defies analysis. He, like Sandburg, was a great researcher and in his early career looked for the most authentic version. Later he combined folk with rock, which alienated many fans. I, myself, believe that folk music is not a kind of music, such as country or pop or rock. Folk music can be any of these. Its nature is to evolve with usage. Therefore a popular song may become a folk song whereas a folk song can become a popular song. Since early collectors only collected the words and not the music, we really do not know what is “authentic.”

Dylan seemed to be interested in the folklore of the West and play a minor part in the movie, “Pat Garrett and Billy the Kid.” He also wrote much of the music and I think the song “knocking on heavens door” is one of his best songs. Although most people assume he changed his name to Dylan for the poet Dylan Thomas, I have read that it was really for Matt Dillon of Gunsmoke.

Robert Shelton, whose biography of Dylan “No Direction Home ” relates a meeting of Sandburg and Dylan.

Dylan and friends in about 1964 went on a tour of the country and decided to find where Carl Sandburg lived. When they arrived in Hendersonville they asked around for the home of Carl Sandburg the writer and were directed to Carl Sandburg the goat raiser. Dylan gave Sandburg a copy of his album “Times Changing. ” Sandburg told him he didn’t know Dylan’s work at all but was interested in poetry and folk singing and considered them kindred arts. They chatted for about 20 minutes, when Sandburg excused himself and said he had to work on some manuscripts. Dylan’s friend said they felt disappointed “mainly because Sandburg had never heard of Bobby.” He relates that Dylan went into a quiet funk after that.

Do you agree that Dylan and Sandburg are Modern Day Minstrels?