After successful of actor Vijay's Kavalan, the upcoming film 'Velayutham' has also created a great expection among the Vijay fans. Vijay who is acting from childhood has developed his talent in acting from that age itself. His hits in movies are Poove unakaga, Kadhaluku mariyadhai, Gilli, Piriyamanavale, etc. He is son of famous director Chandrasekar. His mother Shobana is a good singer.

Vijay also sang in his own voice in his movies. Vijay is famous for his action movies. So he has created so many fans in Tamil nadu. Whenever his film releases, his fans will celebrate like a festival in all theatres.

His upcoming film Velayutham is yet to release and created a great expectations. Hansika Motwani and Genelia are two heroines in this movie. Hansika motwani , actress just started her career in tamil movies like Engeyum Kadhal with Jeyam Ravi and Maapillai with Dhanush. So it will create a path in tamil industry for Hansika by acting with Vijay in Velayutham.

Genelia, the actress is famous for acting like innocence in her movies. Santosh Subramaniam is an best example for that kind of movie. She started her career in movie, Boys - a movie directed by Shankar. She also having a great fans for her acting.

We have to wait and watch the movie Velayutham whether it hits the box office. Anyway expectations are more about the movie and for vijay fans about its success. 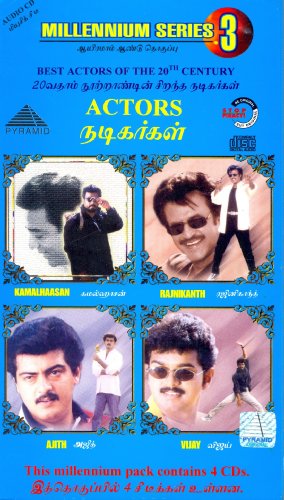 Vijay's some other stills