As a hobbyist guitar player, I’ve often dreamed about walking into the local pawn shop and discovering a rare, collectible vintage Gibson Les Paul guitar just sitting there with a rock-bottom price that clearly shows how unaware everyone is of the instrument’s true value. In reality, the likelihood of finding a vintage instrument in that manner is about as good as winning the lottery. These days, most people are able to research what they have on the Internet, and will sell where they think they can get the most money. Stumbling on a rare vintage guitar by accident has all but faded into oblivion.

What Does “Vintage Guitar” Mean?

So, what makes a guitar “vintage”? Well, there are a few factors that go into this determination. Most people assume that vintage equates with the age of the guitar, and the older the better. Age is an important part of the instrument’s value, but not the only factor. Generally, most collectors agree that vintage guitars are instruments that were made from the 1920’s to about 1970. The reason being, guitars older than 1920 are considered too primitive, and guitars after 1970 are not as desirable due to mass production by financially strapped manufacturers who resorted to using cheaper materials. Along with age, a vintage instrument will have high quality and craftsmanship. Pre-1970 American made guitars such as Fender, Gibson and Gretsch are synonymous with quality when it comes to collectors.

State of the Vintage Guitar Market

The 1957 Gibson Gold-Top Les Paul models are highly prized and sought after by vintage guitar collectors. These instruments routinely sell go for $100K-$120K with all original hardware. A large variety of vintage Gibson Les Paul models range in average price from $5K-$35K.

Despite the popularity of the Fender Stratocaster over the years, it’s the 1951 Fender Telecaster that commands the highest collector value. The 1951 Telecaster is currently valued at approximately $75K for the Butterscotch Blonde version. The Fender Stratocaster is arguably the most popular guitar in the history of electric guitars, and a 1958 model is worth about $40K.

The Martin Guitar Company is another American guitar manufacturer known for producing some of the finest acoustic guitars in the past century. A 1961 Martin D-21 can fetch upwards of $8K, but a 1941 000-18 is worth considerably more at 12K.

One of the most influential guitarists of the 50’s-60’s was Chet Atkins and he was known for playing Gretsch guitars. His signature guitar was Gretsch Country Gentleman which he later endorsed for the company. The Country Gentleman was a favorite of other stars like Duane Eddy and Elvis Presley. A collector can expect to pay somewhere in the neighborhood of $15K for a 1959 or 1961 model.

Do you have a vintage guitar, or thinking of investing in one? It is good idea to know what the approximate value is for obvious reasons. It may need to be insured for the appropriate amount or you may want to make sure you are making an informed purchase. With the Internet, it is fairly easy to get a good idea of what your vintage instrument is worth. Sites like GoInstrument.com can provide a good guesstimate based on serial number information and other specifics, or you could pick up a copy of the Guitar Blue Book at the local library or bookstore.

If you own a vintage guitar and considering selling it, be careful when paying for a “professional” appraisal. They can cost $50 or more and some appraisers can be less than truthful just to get you to consign with them. They like to over-appraise the instrument just to get your business, and they will subsequently sell the instrument at its real value which can be as much as 50% less! Just like anything else, you have to do your research in order to avoid the scams. 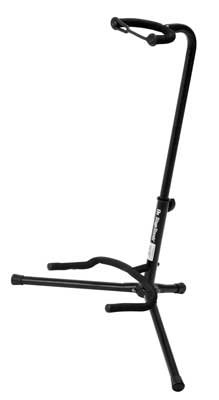