What Happened To The Good Ole Days Of Wrestling

Where's The Wrestling I Grew Up With

First off let me say that I am a wrestling fan. So much that at one point I wrestled professionally for a living. I remember the days of matches like Sting VS Ric Flair and Legion of Doom taking on Demolition. Now we get matches like Gail Kim and the Miz vs some twin girl and a fake Spaniard. What the hell is going on? I admit the old days of wrestling had it's fair share of stupidity. Few of us can forget the Undertaker bringing lightning down from the sky like Zeus pissed off at the pizza boy for being late! Of course we also have trouble forgetting Sting introducing the Shockmaster just to have a guy in a sparkly storm trooper hat fall down and struggle to get back up, but at least there was wrestling then. I tuned into RAW on Monday for the first time in a good while and I kind of wish I hadn't! A two hour show is a fair amount of time for some wrestling matches to go on. WWE however does not seem to think that time is good for wrestling but for talking and story line set ups. It is annoying that we are starting to have to buy pay per views just to watch a wrestling show because the weekly show focused on John Cena picking on someone with a childish name and a catch phrase that makes as much sense as wiping one's but before they use the rest room. "You can't see me". What the hell, you are right there. I see you fine.

Granted there were some dumb ones in my day, mostly spoken by the Rock. I miss the days of true wrestling. The days of the Rock and Roll Express who became the basis for WWE's very own Heart Break Kid Shawn Michaels. What happened to the days when the world championship belt meant something. Now every Tom, Dick, and Miz have had their hands on it and it is forever cheapened. Is the Miz awesome? As awesome as a hernia at a weightlifting show.

I try to tune in to TNA when I get the chance. They are a bit talky to but the wrestling is still the focus there but what are they doing with the talent. They have guys like Chris Daniels and he takes a back seat to WWE's unwanted superstars. I don't get it. There for awhile it looked as if they were going to face WWE with ruthless aggression and possibly win the wrestling wars and what did they do? They brought in Hollywood Hulk Hogan and Eric Bitch Off, I mean Bischoff. Now wrestling does have a way of repeating itself. D-X comes back periodically to stir up that silly feeling, the high flyers bring out the new age of wrestling and so fourth but the guys at TNA decided to abuse a dead gimmick. They brought out the NWO. WCW failed with it, WWE failed with it and TNA failed with it. Thank God there are no other outlets for this horrid storyline to resurface in, or at least none we will have to observe.

Who is the best talent in WWE?

How Can It Be Fixed 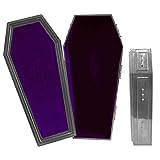