Fun Quiz: What Kind of Disney Person Are You?

It works the same way with Disney. There are definitely degrees of Disney devotion and yes, there are some haters out there too ('fess up!).

So are you a casual Disney fan?

Do you know so much Disney trivia that people try to avoid you at parties?

Do you think Disney is annoying and wish all those happy people would go away and leave you alone?

Take the Quiz: What Kind of Disney Fan Are You?

Before You Begin The Quiz

Before you begin the quiz you may want to think about your Disney history. Here are some questions to ask yourself.

Now that you are in Disney mode of thinking, it is time to take the quiz. Don't scroll down until you have completed it!

What was your result? Take the poll and let us know! (It's anonymous).

Disney Is For Kids And I'm Not A Kid, Darn It!

You might have owned a few Disney movies as a kid. You may have even gone to Disneyland or Disney World but that is firmly in your past now.

Now you are a very sensible grown up with no time for silly things like imagination, dreams and fairies.

We are more likely to find you at an economics lecture than paying your hard earned money to go stand in line for three hours to hear annoying children who all look alike tell you about the size of the world.

We get it, Disney is not for you. But seriously, don't get so mad at those of us who happen to enjoy it just a little bit.

What Disney Item Do You Collect? 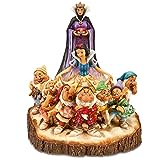 You don't mind a little bit of Disney now and then. You might even plan a family vacation there if you can find a good deal.

You know a little bit about the Magic Kingdom and think that there might be some ride there called Space Mountain. Is that a slow ride?

You're neither obsessed with Disney nor actively hating it. You figure it's a part of the world, might be fun to watch a Disney movie sometime but you don't spend all your time thinking about it.

You like Disney. You don't groan if someone suggests going to see a Disney movie and even as an adult you've been to a park a few times.

You know about fastpasses and water parks and you've probably had a meal at Downtown Disney.

You may not know little obscure facts about Disney World or Disneyland but you always have a nice time when you go and one day you might even buy some mouse ears.

They'd look cute on you, by the way.

You're a little obsessed with Disney. When you go to the park you have your day planned out. You know when to eat, where to watch the parade and the best spot for fireworks.

You've seen most of the Disney movies (except for those obscure ones from the 60's--geez!) and you have no problem wearing your favorite Walt Disney World t-shirt around even when you're not a park.

You might have some Mickey ears too but those are ONLY for when you are at the Magic Kingdom and you want to embarrass your kids.

You are the Disney guru when it comes to one particular part of Walt Disney World.

You can name all the rides at Magic Kingdom that have been retired.

You not only have seen all the obscure Disney movies from the 60's and 70's, you can talk in great detail about them if only you can find someone else that shares your interest.

No one will play Disney trivia with you.

You go to Disney even as an adult, even if no one else is there and you often forget to take your Mouse Ears off as you exit the park humming "It's A Small World." 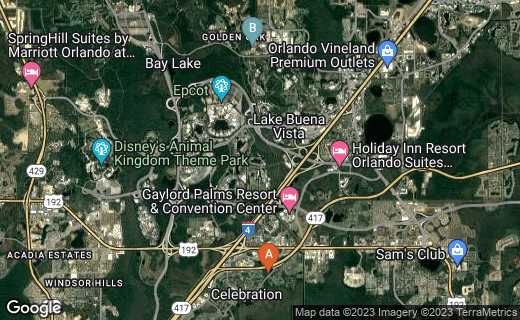 Did you know that you *can* live at Disney? Check out Celebration!

Obsessed With Disney So Much You'd Live There

You take obsession to the next level. You live, eat and breathe all things Disney. You have strong opinions about ride renovations and closures and never even bother to pick up a map when you enter the park.

You never miss a Disney movie and often attend special events and festivals.

You have Mickey ears in different colors and different designs and at least half your wardrobe is dedicated to Disney.

You'd even live there if you could. You did hear there's now a room in the castle at Magic Kingdom. Hmmm.

Don't We All Love It Just A Little Bit?

While not everyone may be a complete fanatic about all things Disney, most of us have anywhere from a toleration to a love of the movies, resorts, parks and destinations.

Does everyone have a Disney side?