Where have all the protest singers like Bob Dylan gone?

What ever happened to the protest songs and singers?

The nation's senses are dulled with a diet of pop pap while daily we hear rumours of war. Clinton and Blair, smiling smugly, parade on our screens. It could be the recipe for a certain type of performer/writer but where are they? 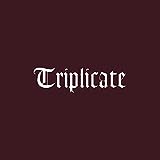 We are all supposed to live in fear and look to modern saviours for future security and well-being. We identify the good guys and point the finger at the evil dictator and his huge stockpiles of weaponry.

Way back in the Sixties, Dylan gave us songs like Masters of War and his classic Blowin' In The Wind . The wind of the apocalypse is still blowin' but the answer has eluded us so far.

Bob Dylan was the voice of a generation that didn't think twice about holding demonstrations against war, in Vietnam, or war in general. Nowadays he sings the blues on Time Out Of Mind but the wailing harmonica and angry young man has gone. Now Bob tells us he is "love-sick."

Once though, his songs went directly into the public consciousness, hammering home their message. Joan Baez, Tom Paxton, and from our shores, Donovan, with Universal Soldier were Dylan's contemporary protesters.

P.F. Sloan with Eve Of Destruction and Hedgehoppers Anonymous with Good News Week were hitmakers of the period.

John and Yoko took a big anti-war stance and staged their famous "bed-in." Now Lennon provides inspiration for Oasis, although I don't see much of his depth of feeling in their lyrics or lifestyles. Power To The People has become a joke and Citizen Smith is a comedy character.

It's a fine thing for people to have a good laugh but a sad affair when they have given up on life and given their power to crazy rulers who act more like spoilt grown-up bully boys.

At the cutting edge of current protest we have pop star anarchists like Chumbawumba throwing water over a "Tory" at a ceremony and performing songs about being totally legless.

Meanwhile the masters of war continue to "build their death planes" and to "hide behind desks" (Dylan's lyrics).

The New World Order continues to bring us closer to a one-world government, a global police state and we, the people, let them.

An old song asked Where Have All The Flowers Gone? I'd like to know where all the peak-capped, harmonica blowing, guitar toting, protest singers are hiding.

Actually I do know. Big record companies no longer give them a contract so they are forced to scrape a living busking on our streets.

Footnote: First published in Big Issue Cymru No. 88, Feb 16-22, 1998. Re-published because although the political leaders may have changed and Dylan is now singing Xmas songs, the subject matter of this article I feel is just as relevant now as it was then.

Eve of Destruction by P.F. Sloan