The Taliban Shuffle: Strange Days in Afghanistan and Pakistan 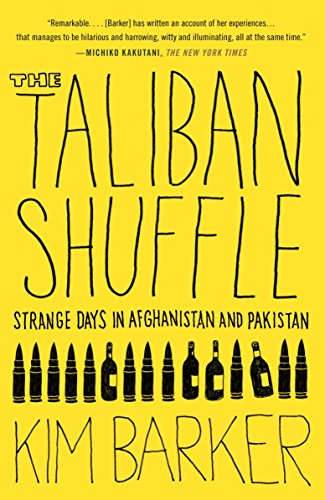 The Taliban Shuffle: Strange Days in Afghanistan and Pakistan
When Kim Barker first arrived in Kabul as a journalist in 2002, she barely owned a passport, spoke only English and had little idea how to do the “Taliban Shuffle” between Afghanistan and Pakistan. No matter—her stories about Islamic militants and shaky reconstruction were soon overshadowed by the bigger news in Iraq. But as she delved deeper into Pakistan and Afghanistan, her love for the hapless countries grew, along with her fear for their future stability. In this darkly comic and unsparing memoir, Barker uses her wry, incisive voice to expose the absurdities and tragedies of the “forgotten war,” finding humor and humanity amid the rubble and heartbreak.
Buy Now

Based on aTrue Story

Let’s be clear about this from the start. This is not (not) a Tina Fey movie. That is to say, it isn’t a typical Tina Fey film. That is to say when we think of Tina Fey, we think of her spot-on performance as Sarah Palin on SNL, or her performances in Sisters, Admission, or 30 Rock. This film is not that any of that. This is a film where Fey truly gets to show off her acting chops. In Whiskey Tango Foxtrot she portrays real-life journalist Kim Baker who, in 2002, left her cushy NYC in-house, behind-the-scenes background reporter gig to relocate to Afghanistan to help cover the war that was still going on there when the focus of news coverage shifted from that war to the one in Iraq.

Working as a War Correspondent

Now, while working as a war correspondent in Afghanistan and Pakistan during Operation Enduring Freedom, Baker (Fey) — who has never done field reporting in a war zone — needs to adjust to what the world looks like outside the relative safety of an office newsroom. Once on site in-country, she develops a crazy relationship with a fellow journalist from Scotland, Iain MacKelpie, (Freeman). The film is based on Baker’s book

The Taliban Shuffle: Strange Days In Afghanistan And Pakistan, which in turn is based upon her experiences while stationed in Afghanistan.

More Than just Another Silly Rom-Com

For her part, Fey really worked beyond her range, making this more than just another silly rom-com. This one is a very engaging (and yes, funny) film detailing how Baker went from someone who provided background information for the on-air journalists, to a seasoned war correspondent, to on-air personnel. During her time in-country, she comes to understand what life in a war zone is like as she not only reports live from combat situations, and interacts with local official — getting a taste how politics work in a male-dominated, religious-centric world where women are supposed to be covered from head to foot, but — after what was supposed to have been a couple of month assignment stretches to a couple of years — comes to think of Afghanistan as “home” (which was when she eventually figured out that she had stayed too long).

Life in a War Zone

As a complete aside, the -style acronym for the film’s title (Whiskey Tango Foxtrot or WTF) should be something of a dead giveaway as to what can be expected to occur in a war zone. Still, this is a comedy and not a heavy drama, so the film is littered with WTF moments for the actors, more than earning its humorous title.

Needless to say, this is a fun ride all the way through, and is well worth checking out. 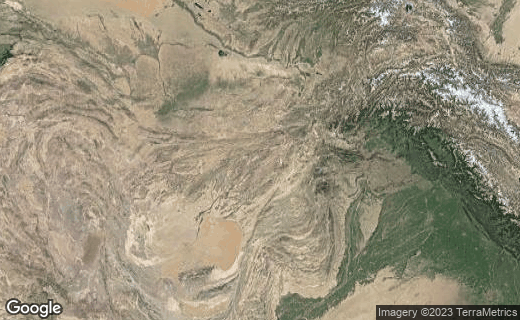