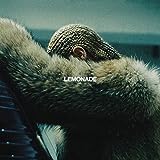 Sky Nellor who? Sky Nellor (DJ Sky Nellor) is who! An incredible DJ / model / actress. Sky Nellor, who is perhaps most known for her successful change from model to world famous DJ Sky Nellor, and her recent appearance on Bravo’s “The Million Matchmaker”, where the ex-model-turned-DJ sought “the one”, and ended up going out with one of the guys, called Kevin. They had a pleasant enough time, but unfortunately the date did not seem to be going through the roof, and it is not likely they will be walking down the aisle together any time soon. Which left a lot of viewers disappointed, and naturally, speculations occurred.

and similar comments. As for now it looks like Sky Nellor will be released back out into the wild, to run freely with all the other cougars… and erh… leopards.

‘Tell me more about Sky Nellor’s; “I turned DJ, and I loved it!”-experience’; I hear you say. Well well, it all started on a starry, winter night, the air was crispy and fresh, and every breath you inhaled felt like the combined nitrogen/oxygen substance was making vivid love to your nostrils. Yes, it was one of those magical nights. Actually, we have to go back to Sky Nellor’s childhood to really understand her passion to be a turntablist. In an interview with CouchSessions she stated that:

“Music has always been a huge part of my life. Ever since I was born my father played music, our house was filled with it. When I left home I took every piece that I could record onto tape, because we didn’t have CD’s or anything else back then. And I think it’s been the only thing that has gotten me through really hard times and great times. It got me through school too. I studied for all my exams to Depeche Mode, The Cure, Boy George and The Smiths, so I got a hell-of-a lot of A’s. So becoming a DJ was a pretty easy transition.”

Later in the interview she also states that she was unhappy about the music being played in clubs, at the time when she was still modeling, gracing the front covers of magazines such as Vogue and Amica, and always found herself asking the DJ , promoter, event coordinator to change tunes; and at one event, nine years ago, they got tired of hearing hear jammering and went:

“why don’t you just get in there? If you get in there then you will shut up and we’re all gonna be much happier if you’re happier…”

So, one of the first real practical tryouts came through a dare, in which Sky Nellor replied;

“Ok, but I will probably need a shot first.”

And as this was one of her first times, obviously, she sucked at it, but this magical event had ignited something within Sky, and she started practicing “forever” (as she put it herself) because this was something she really wanted to do. And as she was pouring heaps of DJ skills formula Gasoline98 on the foundations, it was only a matter of time before the fire would turn wild style. And so it did. Currently being the only girl DJ signed under the S.K.A.M Artist Management Crew, who also have such as artists as Lil Jon, D Nice, DJ Ross One and Jermaine Dupri, she enjoys great respect in the DJ world, and has played on some of the hottiest parties ever to hit our planet; playing for people such as Outkast, 50 Cent and Bill Clinton.

As mentioned previously in this article, Sky Nellor states that her childhood heavily influenced her style as a turntablist and passionate music lover; her unique style being influenced by legends such as Aretha Franklin, Blondie, Rick James, Al Green and Prince. Which through this musical mix of genres such as rock, hip-hop, funk, soul and 80’s sound, gives Sky Nellor that composition uniqueness we have all fallen in love with. Just to mention some of the events and gigs which Sky has played at; in 2005, she played at The Black Eyes Peas’ European VMA After-Party, Missy Elliot’s 2005 VMA party in Miami and she also spun records at both the World Music Awards’ Afterparty and Kanye West’s Billboard Music Awards party in Vegas. In 2007, she performed at Maxim’s 10 Year Anniversary Celebration and 50 Cent’s Album Release Party on the same night in Vegas, which is quite a great spectacular performance. Today her clientele ranges from P. Diddy to Playboy, Outkast to ESPN, with Ex-President Bill Clinton filling out in between. To be really cliché, it seems like the Sky is the limit for our beautiful femme fatal DJ. 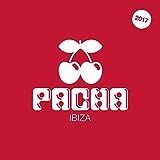 There is no way getting around it, Sky Nellor has lived quite an extravagant life, lovewise. With exes such as Adrian Brody, Jamie Foxx and the photographer Sante D`Orazio, the tale of the gossip magazines have been vivid and spectacular. It is rumoured that she is currently single, reinforced by her recent appearance on Bravo’s “The Million Matchmaker”, seeking “the one”. So, if you are a cougar hunter, you should probably get your rifle down from the shelf and get out there, but beware, it’s a jungle out there.

If you wish to learn more about Sky Nellor, DJ extraordinaire, you can visit her personal website or have a look at S.K.A.M’s homepage for her next gig. ¤Chiki-chiki-chik¤ (Supposed to resemble turntable sounds in words-form, just in case you epically failed to understand that, or I epically failed to get that across, whatever vinyl fits the player. )

Have you ever heard of Sky Nellor prior to reading this article?