Why Beginning Filmmakers Need To Write

Arthur Ariel is a young enthusiastic filmmaker who has been making movies and has written various script including 7 feature scripts.

So, you decided you want to be a filmmaker! You want to spend the rest of your life making movies that entertain the audience.

You dream of winning many awards, hoping it might even make its run on the academy awards. It’s every filmmaker's dream!

Everybody can be a filmmaker now with the rapid innovation in technology, we can shoot anything even a full-length movie with our own mobile phones!

But as time moves rapidly and online resources just keep coming in. The film industry is now flocked with filmmakers that are not that good.

Well… Glad for you, you still have one thing: Time.

You can spend it learning anything, cinematography, production design, anything but its most important when you spend your time writing.

Put That Camera Down For A Second

“I want to be a director, why should I write a script? I’ll buy one from a really good screenwriter!”, a friend of mine said to me the other day. It's safe to say, I actually cringe when I hear that!

So many beginner writers think that writing a story is just part of the normal filmmaking process.

Some of them think it's only the ideas that make a story great, but for us screenwriters, we know that isn’t the case.

If I could give you any advice to a beginner filmmaker, I’d suggest you start writing a screenplay.

But I want to make my movies more cinematic? That can wait!

I’ve known many friends who really make use of good visuals, stylishly edited but have an absolutely stale movie. Yes, it's pleasing to the eyes, but if the story's nonexistent, it’s bad!

So why write exactly?

Unlike learning how to colour grade or how to make videos look more cinematic, writing cannot be learned overnight or even a period of a month or year… It’s a lifetime of learning.

The sooner you start writing, the better it’ll be.

If you only want to be a director and you just pick any script without even knowing what makes a story/writing great, you’re bound to make a really bad movie.

The worst thing that a young filmmaker can do is ignore the writing and focus more on the technical side of things.

I mean, it’s alright if you only want to be a cinematographer or an editor, but if you want to be a director that wants to be known for his renowned movies, don’t you think they have to have a renowned script?

Yes, you can buy a script but it’s never a guarantee!

If you choose to wait, you’re gonna die waiting for it.

If you choose to write, you’re in for a treat. You’re gonna fail (a lot)!

Your first script is bound to be bad, but invest just at least one-hour writing every day and you’ll improve dramatically, separating you from the other millions of filmmakers out there!

There are a lot of benefits in writing, here are just some of it:

In conclusion, there are a lot of benefits you can get from writing a screenplay as it not only helps you in getting better at filmmaking in general but also improves your life!

Even just one hour of writing every day will immediately set you apart from all the other new filmmakers out there who are trying their best to look the best.

The Only Screenwriting Book You'll Ever Need! 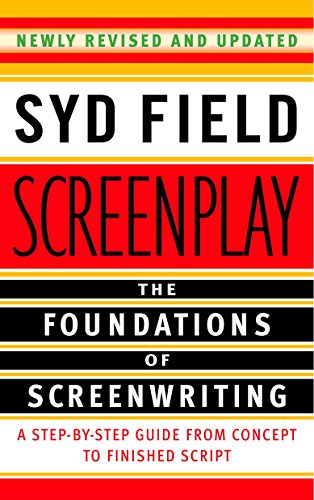 Screenplay: The Foundations of Screenwriting
By the legend himself, Robert Mckee, this lengthy book details how to craft and write a kickass screenplay for your next movie! This book has helped many filmmakers on set themselves apart by writing original scripts! Starting with only $6, Get yours now to see where this book will take you!
Buy Now