Why We Love Zombies

It Is A No Brainer

Recently, I finished yet another drawing that contained one of my favorite subjects. Zombies.

Even better, it portrayed zombies in a Zomba ( get it?) dance class. A friend viewed my gallery update and exclaimed in exasperation; " More zombies? Why do people love zombies so much?"

The answer I gave at the time was " Because zombies are cool".

Which is perfectly true. But why are zombies cool? Tonight I am going to go a little more in-depth about zombie culture.

Why DO we love zombies? Zombies are unhygienic, unattractive creatures...yet they have permeated our culture with more than just their smell.

If you too, are a zombie lover, or if you know someone who is a zombie lover, read on to discover the appeal behind the rotting face of some of fiction's greatest monsters.

The History of Zombies

It is pretty much agreed that the monster in Mary Shelley's "Frankenstein" was one of the first zombies to appear in fiction. However, it would be many years before scientifically created zombies, or even the word "zombie" became well known.

"Real" Zombies originated in Africa as part of native folklore legends surrounding the Vodoun religion. A zombie pretty much being someone who was killed by a powerful sorceror then re-animated to serve him or her. In places where vestiges of Vodoun remain, (notably Haiti), Zombies are still very much a part of the culture.

These creations began to be noticed by the popular media in the early nineteen hundreds, in part due to the efforts of writer Zora Neale Hurston, who devoted quite a bit of time attempting to discover how they were created.

It wasn't until several years later that some of the truth about how zombies are made was discovered by Wade Davis. He wrote two books, (the Serpent and the Rainbow was later made into an awesome film by Wes Craven) about how a combination of trance-inducing pharmaceuticals and hypnotism were used to create the zombie illusion.

In 1929 zombies were introduced into the common American vocabulary in the novel " The Magic Island ", by William Seabrook. A few years later, the first legitimate Zombie movie was made.

"The White Zombie ", starring Bela Lugosi is a must-see for any zombie lover. It is quirky, fun, and refreshingly different than the blood-and-guts zombies we watch today.

Our gruesome, modern zombie was introduced by the legendary George A. Romero in "Night of the Living Dead". He followed this cult classic with many more zombie films, portraying these new monsters as mindless, unstoppable killers.

In the nineties he updated "Night of the Living Dead" making the zombies faster, meaner, and more grotesquely yummy than ever before.

Since their humble film beginning, zombies have been in hundreds of movies. They are no longer re-animated by sorcerers, but rather created through a variety of scientific or environmental mishaps. Sometimes their origins aren't explained at all.

So why do we love them so much? Lets compare zombies to some of the other popular movie creatures. 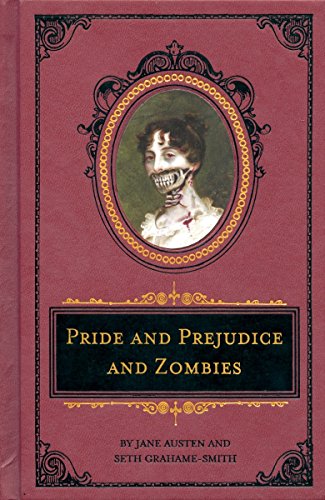 Zombies vs. Vampires: Zombies and vampires are similar. They are both dead, and they both love to eat people who are not dead. So why aren't they social equals?

For one thing, manners. Vampires tend to be well-groomed and prefer to play with their food before they eat it, whereas zombies are slovenly eaters that disregard all forms of social etiquette.

Secondly, Vampires are vulnerable. Depending on what type of vampire you are dealing with they always have at least one or two weaknesses. They also sleep during the day which should make them easy targets. Or at least easy to escape. Whereas you could have a vampire epidemic, a full-fledged vampire apocalypse would be unreasonably silly.

Like vampires, werewolves have some strange weaknesses. The main problem with werewolves is that you usually end up feeling sorry for them at some time during the movie or book. (right gals?)

Once a month they go through a painful transformation and want to rip people to pieces. Who am I to judge? The only time I have a beef with werewolves is when they howl and howl for hours on end.

You very rarely feel sorry for a zombie in a film. You might feel sorry for the human they once were. At no time during the movie will they revert back to that nice person they were before they were eaten, though. Well...except for in some comedies.

In a way, this allows zombie fighters to satisfy that killer instinct that is part of human nature, dating way back to the cave days.

Bitten by a Zombie?

You'v been infected, what do you want to happen next?

Ghosts, demons and the like fight dirty. They can pop in and out of rooms, abduct children, possess people, and trip you down the stairs.

Unlike the characters in a zombie film, most people fighting supernatural forces can easily solve their problem by moving to a different house. This usually leaves you wondering why they stay in the first place.

In zombie movies there is usually nowhere to go to escape being eaten. A handful of valiant people will try their best to escape from the zombies.

People who live in haunted houses actually go into dark, scary, places alone to prove there is no danger. I tend not to lend audience support to characters that are deliberately stupid.

Don't Panic! Use these tips to survive the movie zombie invasion!

Zombie movies in general tend to be apocalyptic. Meaning that for whatever reason, the world as we know it is about to end.

In modern films, zombies don't just kill you. They spread the infection so fast that humans are quickly whittled down to a handful of clueless people who get thrown together for survival.

Part of the appeal of a good zombie film is the social messages attached. We watch humans desperately and creatively seeking any means of survival against devastating odds. They fight and compete with each other, they make life-threatening mistakes, and they sacrifice themselves for others.

The survivors have to depend on instinct, something that is dulled by the relative ease in which modern humans live. The thrill of zombie warfare is meeting the challenge of using what is available to its best advantage. The difficulty of this will usually be solidified by a character who is thrown so far out of his or her element that they have to resort to basic survival instinct to escape.

A significant amount of religious symbolism is used, as well as the underlying messages dealing with social behavior and psychology. It is generally understood that mankind is being punished, and they are intended to suffer or die.

In the end, zombie movies rarely have happy endings. They call it the zombie apocalypse for a reason. The point is to see humans struggling to remain human despite their fear. You also get to see mindless human corpses that can go anywhere they want and eat anything they please.

This is a social freedom we humans can never experience because of laws and our consciences. We can be a little jealous of how much fun zombies are having!

Essentially, the appeal of zombies is that they (rather like the human race when lumped together) are a mindless force with only their own interest in mind. They wander around familiar places, bump into each other without interaction, and howl when they don't get their way.

As the character Barbara said in "Night of the Living Dead": 'They're us. We're them and they're us.'

That is why we love zombies.

Oh. And also for the blood and guts.

Ever heard the rumor that zombies eat brains? This concept was introduced in the comedy, "Return of the Living Dead". In traditional zombie movies, zombies eat any body part they can reach.

Not in the mood for a depressing film about millions of people being gobbled by their neighbors? That's okay. Zombie movies aren't just about horror .

There have been some great zombie movies made that were dark comedies. " Return of the Living Dead", " Shaun of the Dead", and " Dead Alive" to name three, were "zomedies" whose humorous elements ranged from dry sarcasm to pure slapstick.

The characters will still be eaten by their neighbors, but in a light-hearted manner that makes you feel happy for them at the end of the film!

How To Watch A Zombie Movie

The best way to watch almost any horror movie is with a group of people. The more people the better, as you can all scream advice to the characters whenever things start to look dangerous. Countless movie characters have been saved by the audience telling them to turn around.

Don't forget that no horror movie is complete without food. Try spaghetti or pizza with a zombie movie for maximum effect. If you have weak stomach, stick to chips and popcorn.

On a serious note, when you watch a zombie movie, do pay attention to the actual zombies. They are all uniquely dressed with excellent special effects make-up. When actors add their own interpretations and personalities to the costume, it creates fun, individual characters. Some of these zombies are actually known by special names in the zombie fandom.

For more information how movie zombies are made, watch DVD versions with special features options. These usually have a behind-the-scenes look at how make-up, digital effects, and stunt performances are created.

There are sometimes interviews with the cast and crew and bonus trivia. Well-presented special features can be just as entertaining as the movie itself!

A few movies to get you started:

So Why Are Zombies Cool?

Now that you know a little about zombies. But you still may not understand why they are so cool. Lets explore what makes a zombie or zombie film entertaining to different people.

As for the zombies themselves? Here are their endearing qualities;

Hey! I bet you know some real people just like that, don't you!

Now, go to the rental store and select a few zombie titles. If you would like to know what it feels like to feel like the Living Dead, I recommend making a marathon movie night. Try watching seven or more films in a row. This is even more fun in costume.

Why? Because zombies are just cool!

Draw Your Own Zombie