Why do Pianos go Out of Tune?

JohnMello is a writer, composer, musician, and author of books for children and adults.

Pianos come in a variety of shapes and sizes. Wherever you go in the world, you can probably pick up a second-hand piano for a few hundred dollars. And although advances in technology mean that manufacturing processes are constantly changing, there is one fact that remains true about nearly any piano you purchase, which is simply this:

Pianos are made of wood.

As you probably know, wood is an organic material that continues to expand and contract even after it’s been turned into a piece of furniture or a musical instrument. As if that wasn’t enough, pianos use a complex stringing system that enables them to create the typically unique sound that only a real piano can produce. The strings inside a piano are made of various types of wire, and once you combine one material capable of expanding and contracting – wood – with another – wire – you can begin to see why pianos are so notoriously difficult to keep in tune.

Pianos are Made of Wood

Why is wood such a problem? The problem isn’t with the wood itself, but with changes in the atmosphere.

During colder months the opposite occurs. Less moisture in the air causes the wood to contract. If we were talking about a piece of furniture, such as a dining table, it wouldn’t be such a big deal. This expansion and contraction might change the shape of the table over the years, but not in a way that would make it look significantly different or make it less useful. But the same can’t be said for a piano.

If a piano was just made of wood that would be fine. But inside this elaborate box there are about 230 individual strings, each one attached to a tuning peg fixed to the piano’s wooden sound board. Only one of these strings or pegs has to be just slightly out of place and the tuning will be affected.

The way the strings are arranged is also worth note. In many pianos there are two different kinds of strings being used. The lowest notes on the piano – the bass notes – produce typically rich, deep sounds, and yet they only require one string. That’s because they’re really two strings in one – a thin core wire with a thicker copper wire wrapped around it, as in the picture below.

The reason for this design is simple. If the bass strings were made of a single wire, they’d have to be about twenty-five feet long to produce the same depth of sound.

As you move up to the higher notes, the design of the strings changes. Now only a single string is needed to produce the correct pitch. However, to create the sound we associate with the piano, these single strings need to be laid out in a precise and particular manner.

Not every piano is the same, but generally speaking the stringing works as follows:

Now you can really begin to see why piano tuners are so valuable. Imagine having to tune not one, not two, but three individual strings – just to produce the sound when you press one key on the piano!

Most modern pianos use a system of stringing known as "overstrung" - where the bass and treble strings overlap each other. You can see this design clearly in the picture below and in Sander de Jong's photo near the top of this article. This particular design serves two purposes:

Is it Pianoforte or Fortepiano?

According to the Oxford English Dictionary, the term "fortepiano" is an early name for the pianoforte. The only real difference is that fortepiano is formed by the words "forte" and "piano" which, in the original Italian, mean "loud" and "soft" respectively. Pianoforte means the same thing, but with "soft" coming before "loud"

It is generally acceptable nowadays to use either term, although most people simply use the abbreviated "piano" to refer to the instrument in general. 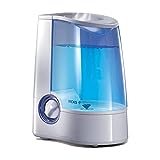 Pianos Live in Your House

If you own a piano, then chances are it shares one of the rooms in your house with you, which might be the living room or the drawing room, depending on the size of your abode. The more the temperature fluctuates, the greater the potential for stretching and shrinking of strings and wood. However, it can be difficult trying to keep the temperature in your house constant every single day of the year. And even if you could, there’s no way to control the level of humidity in the air outside. So instead you have to work with the piano itself and think outside the box.

Some people recommend placing humidifiers and/or dehumidifiers in the room where the piano normally resides. Others actually suggest putting a dehumidifier inside the piano itself. But as you know, all pianos are different in size and shape. So that might not work for everybody.

One simple thing you can do is to make sure your piano is positioned in a part of the room where temperature is relatively constant. In other words, keep it away from heating sources such as radiators or wall heaters. That will help it maintain a more constant humidity level.

Humidity works both ways. That is to say, you can either have too much moisture in the air, or too little. One way round this problem is to create an environment inside the piano that’s reasonably constant.

A simple solution is to place a glass or bottle of water in the base of the piano itself, as in the nearby picture. This basic system works out a lot cheaper than buying a humidifier but does an acceptable job. The water evaporates in hot weather, putting much needed moisture into the air. In cooler weather, when indoor heating systems can dry out the air, this low-tech solution ensures there’s always some moisture inside the body of the piano, keeping the humidity more or less constant.

Tune In to the Quiz!