Have You Got Witcher Fever?

Vas has a B.A. in English Literature. If not writing or reading, she's probably playing Nintendo Switch.

Books, Games and Tv, The Witcher is everywhere you look

Have you been humming ‘Toss a coin to your Witcher’, watching Henry Cavill dominate as Geralt on Netflix while simultaneously playing Witcher 3? Reading and re-reading the books? Same here. It's exploded on every entertainment platform. Like many of the rest of us, you’ve come down with a case of Witcher fever. We'll be looking at what's new in the video games, Netflix and books.

For those of you who have been living under a rock, The Witcher [Wiedźmin] are fantasy novels written by Andrzej Sapkowski. The enormously successful series grew into a cult following and was soon adapted to English by David French.

The story focuses on the adventures of the protagonist Geralt a, well, witcher [a monster fighting mutant human with powers that basically lives forever].

In this medieval world [the Continent] there are humans, sorceress [she-witches], elves, dwarfs, queens, kings, bards, and of course, monsters. Sapkowski draws you into this murky and mysterious land, grunting at ancient prophecies and remnants of grotesque fairy tales along the way.

The Witcher books, games and Netflix are definitely for 'mature audiences'.

The Witcher 3: The Wild Hunt and more

The Witcher is dominating every aspect of the entertainment world. Since the release of The Witcher 3: The Wild Hunt on Switch and the Netflix [8-episode] series, both debuted in late 2019.

The 2015 game has once again become the number 1 best seller since the CD Projekt Red released The Witcher 3 on Nintendo Switch; a massive feat as the open-ended, decision-based narrative adventure is a monstrously large system.

Fans can expect Witcher 4 in late 2024 after the release of Cyberpunk 2077. Thanks to Witcher 3 and Cyberpunk 2077, the Polish studio has exceeded (studio giant) Ubisoft, making it the most highly valued video company in Europe.

Producers have hinted Ciri as the protagonist for Witcher 4, an exciting and inspiring move with the amount of male protagonist dominated games out there. Plus she basically is half a protagonist now and the only other playable character...

Personally, as a female gamer, I definitely want to see Ciri take on the mantle of 'witcher', especially as it's actually one of the (many) possible endings in Witcher 3.

We know that the first three Witcher games were designed as a trilogy, meaning we need a new protagonist. The most satisfying solution would be Ciri, the badass she-witcher with unparalleled powers to boot.

Or perhaps a brand-new character, it would be a great chance to see a new witcher and first-hand experience a character going through the Witcher Trials.

Just hope we don’t completely lose Geralt in the process, but it would be nice to see him and Yen off somewhere finally together.

As for Netflix, new faces and dates have emerged. After the postponement [from COVID], season 2 will air in late 2021, maybe even 2022. We can expect season 2 to be divulging deeper into the world and lore of The Witcher.

Fans of the books and games will excitedly welcome the familiar faces of the witchers of Kaer Morhen, seeing the likes of Lambert, Eskel, and Coen.

With all of these School of the Wolf witchers, it sounds likely that we'll get to see Ciri training in the witcher headquarters.

And where there is Kaer Morhen, there's Vesemir.

There was some speculation about who was going to play the leader of the Wolves.

A fan suggested the Mark Hamill who was interested in the role too, but for unknown reasons this didn't pan out.

Although it would have been kind of cool, I believe it was for the best as the role was snagged by the perfect Vesemir, Kim Bodnia.

Not only does he have the whole Polish/Russian ancestry box ticked, but he was genuinely excellent in BBC's Killing Eve, where he played the assassin boss/pimp/handler, Konstantin Vasiliev.

Two original characters not seen in the books or games are:

Additionally, there will be a new character added from the books/games:

Not a surprising move as with Queen Calanthe the Lioness dead, we'll need another badass queen to balance out the not-so-great kings.

This addition is especially significant as she's responsible for knighting Geralt, hence the title, Geralt of Rivia!

Perhaps this hints an origin story episode for Geralt in the upcoming season.

There is no news yet on who will be playing this formidable role.

The most recognisable name on the list of season two actors is Kristofer Hivju playing the cursed Nivellen.

Fans of the Game of Thrones series adaptation will once again see their beloved 'Giantsbane' on a fantasy screen.

Interestingly, Netflix announced an anime feature film focusing on a much younger Vesimir, The Witcher: Nightmare of the Wolf.

“Long before mentoring Geralt, Vesemir begins his own journey as a witcher after the mysterious Deglan claims him through the Law of Surprise.”

If you love the Polish writer’s Witcher/Wieżmin book series, then keep an eye out for the English translated version of the ‘The Tower of Fools’ set to be released this year.

The book is the first of the Hussite trilogy, Sapkowski’s ‘tour de force’ and Sapkowski’s self-proclaimed best work to date.

‘The Hussite trilogy is my tour de force. I consider it to be my best work to date. I can’t wait for readers to meet my new hero, Reinmar of Bielau, aka Reynevan, whose adventures take him through a land torn by religious wars. I am thrilled to be working with David French and the energetic Gollancz and Orbit teams again!’

This historical fantasy examines the Hussite Wars [Bohemian Wars/Hussite Revolution] of 1419 to 1434.

These were a series of wars between the Christian Hussites [a Czech Pre-Protestant Christian movement] and the Holy Roman Emperor, Sigismund of Luxembourg [The combined Christian Catholics].

The protagonist Reynevan seems to be quite handy [a doctor, magician and spy] although very different to Geralt.

The translation is done once again by David French.

Sounds like a promising read, and next on my list [after re-reading the Witcher series, of course!]. 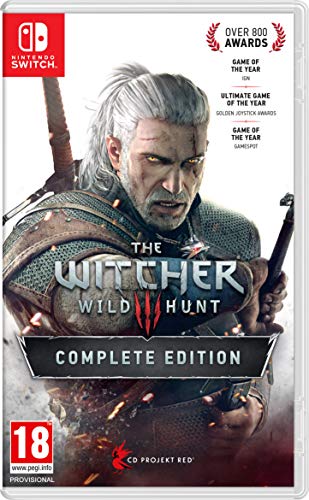 Toss a coin to which Witcher?

Which new Witcher project are you most excited about?