Many bands are churning out sludgy guitar rock with the prerequisite “classic stoner” sound, I will give credit to Wolf People for this attempt to be true to a sound. Wolf People has a sound that is a sum of many vintage sounding parts yet serves them all while being timeless..

You may hear “Benefit” era Jethro Tull within the lenses of Sea Change's Beck and Nigel Goodrich. Perhaps you can hear Traffic and Black Sabbath drinking tea and sharing secrets with Radiohead in the Bends era. Many conclusions and comparisons can be drawn, but the band, Wolf People, has its craft in hand and the music has become their own.

The proof is in the pudding. Listen and tell.

I have a large respect for the way this record is put together and engineered. All instruments can be heard well and serve the track, with guitars panned and mirrored, ambient chants lurking in and out and the bass and drums sounding out clear and natural. Even with overdubbing present, it is very apparent that this is a band playing their hearts out.

In all honesty, the huge and ancient sounding instrument that is Jack Sharp’s voice is what draws the listener in. Sure, his voice sounds similar to Ian Anderson's (Jethro Tull) but in some ways it rings larger and more mysterious. The guitars are well layered to embellish the vocals both sharing the sonic space and when leading the band. Often the dancing leads and thundering bass sing what the vocals do not. Many of the instrumental lines sound like hymns and jigs combined into one.

The record in a nutshell...

Within the 44 minutes of music on Fain, the density of ideas can be claustrophobic for listeners not interested in pouring over the tracks. Much like the music of Pink Floyd, many times the guitar lines are what you are left singing after the record is done. There is lots of melodies to catch, but if the listener is not interested in hearing music that doesnt grab you by the neck, many people will bail before the music seeps in. In my opinion, it is the music that challenges the listener to keep listening and catch new things on every listen that are worth listening to.

The brainchild of singer and guitarist Jack Sharp, Wolf People started in 2005 when Sharp recorded a demo album in the English town of Bedford. Named after the children’s book Little Jacko and the Wolf People, the band is a throwback to the bluesy psychedelia of Cream, Traffic, and early Jethro Tull, tackling the sounds of the past with a kind of nostalgic reverence. To fill out the lineup, Sharp recruited drummer Tom Watt, guitarist Joe Hollick, and bassist Dan Davies. The band released a few singles and EPs before pulling off a bit of a coup on the other side of the pond, becoming the first British band to sign to the indie label Jagjaguwar. Wolf People had a busy release year in 2010, putting out both the Tidings collection and their first proper album, Steeple. The more theatrical and psych-touched sophomore album Fain arrived in 2013. 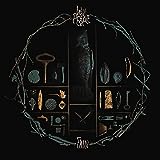 What is your rating of "Fain" ?