On the Set With Director John Frankenheimer

Kenna wrote, and directed several plays, taught acting for kids. She is a former talent scout and directs and produces.

A friend of mine, Kevin, captured a gig working with one of the talented directors in the industry -- the late John Frankenheimer (Birdman of Alcatraz, The Manchurian Candidate, Grand Prix, Wallace, and Ronin).

Frankenheimer came to Northern California to do location work for one of his last films,

Path to War, for HBO starring one of the Baldwin boys – Alec. I highly recommend this movie.

Donald Sutherland also stars in the cable movie, and according to IMDb, the Path of War follows a true story in the mid-1960s. President Johnson and his foreign-policy team debate the decision to withdraw from or escalate the war in Vietnam.

Frankenheimer passed away in 2002 after a stroke. Gary Sinise, work with him on three movies, wrote a tribute to Frankenheimer for Entertainment Weekly. Here is an excerpt of that tribute. "He was drawn to dramatic material and found a lot of drama in biographical subjects. His television movies in the '90s based on real events or real people, like...the biopic George Wallace," which was the first of three projects I did with him. The television movies would bring him four Emmys for his direction."

"He had an enormous amount of energy, and at 72 was reemerging as one of the great filmmakers of all time, somebody whose work was as powerful later in his career as it was in the beginning," praised Sinise.

People in the movie industry expect people to introduce themselves, network or show their work.

Getting Noticed in Hollywood

Please pay attention to how my friend networked with someone who can help his career. You are about to learn something about networking in the film business. My friend, Kevin, was inventive enough to network and pitch a local independent film, Ashes, to Kristi, who, in turn, would give it to her dad to view. Kevin was thinking on his feet and taking advantage of a business relationship he had formed while on a film set.

Some of you may think that it was a bit of a bold move, and you would never approach a celebrity like that and be so forward. Why not? The worst that can happen is the personality would say "no." Or, you would get kicked off the set, but I doubt that would happen unless you were rude and obnoxious. People in the movie industry expect and accept other people approaching them and networking or showing their work.

The best that could happen is Frankenheimer likes Kevin's movie and helps him with its distribution, or find an agent who helps distribute the film. Not bad for approaching the daughter of a well-known director and producer.

However, nothing came of his contact with Kristi when he gave her a DVD of his movie.

Kevin made his move, and he felt good about his efforts. Later, when he pitches it to another distributor, he can mention Frankenheimer's daughter is interested in the movie. It's called "name dropping." It also tells the distribution representative that Kevin hustles and works to get his film known to other people in the industry. 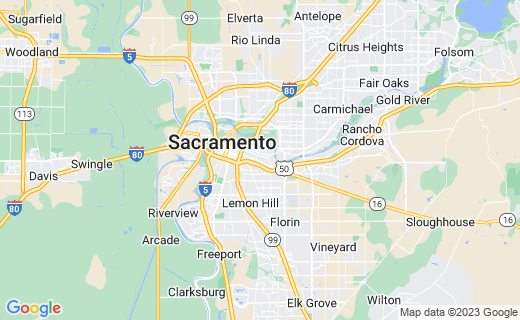 "The movie Path to War was filmed at the California State Capital on Monday. Long Day--7: 30 AM until 11:45 PM! Very interesting day as I had the chance to work and speak with the director John Frankenheimer and his daughter, Kristi," explains Kevin. "I was very impressed with Frankenheimer - he demands a lot from his crew, and he definitely doesn't tolerate wasted time ...but when you're responsible for a 17 million dollar budget project, the pressure is certainly on for you to get the job done."

Frankenheimer took the time to stop the filming long enough to personally thank all of the Sacramento cast and complimented them on their work, "which I found very refreshing, especially from someone of his stature." adds Kevin.

"I had the opportunity to speak with his daughter, Kristi, for a few minutes between set-ups, and Kristi accepted a copy of the local independent film Ashes that she promised to give to her father. She also provided me with the production office number in LA, so I could stay in touch and do a follow-up on his impressions of the film."

Another smart move by Kevin. He made sure to have a follow-up number to contact Kristi later after her dad viewed his movie.