1. The Door To The Unknown

4. The Storm And The Silence

Zero Degree is a German underground melodic death metal band that for now, released only a single full-length album; but what an album it is; a highlight reel of melodic tracks that have a cold atmosphere to them; makes sense since one lyrical theme is freezing to death, aggression and moving, double (at times triple guitar) solos. This is 11 tracks of auditory expression of anger, sorrow, and gritted-teeth endurance to exist; taking influences from the best melodeath bands such as Dark Tranquility with its dark rhythms, classic In Flames with longer, complex solos that get the heart pumping alongside fellow countrymen Deadlock as seen in the harsh vocals.

This is a consistent release with every track having its place in the sequence where all of them start with a keyboard overture of bleak harmonies that set the mood for the rest of the track to fill the void with its machine-cold presence that is especially felt in the track Frozen Alive; I felt like I walked through something out of the Terminator films where everything is destroyed. The recurring theme here is life in modern times and the dark side of development which is especially seen in tracks like Grapes of Wrath where the ambient keyboard intro sounds like a soundtrack to the cyberpunk FPS/RPG PC game Deus Ex from 2000; moody and machine-like as you slowly loose your feelings; then followed by fast double bass assault as piercing guitars tear the air in an emotional rhythm that wants the listener to feel the wrath of the creator; like I did when I exposed a female friend to this album long back; wanted her to feel the anger and wrath as well as hear the dark story of living on the wrong side of the 21st century.

While there are no blanks in the magazine; I do have tracks that I dig more than others and those are Virus and Disease which have more emotional solos that are longer and always go places; hitting all the right notes as they come out of nowhere; like a SWAT entry team breaching a door with C2 explosives. Disease, however, starts with a spine-chilling guitar harmony that progresses into a catchy yet expressive rhythm with lyrics that just want the titular disease to spread. Overall, a good album for a dark, sad day with melancholic passages and nerve-stimulating musical directions that compliment the darker tone of the record and the day that just ended. Finally, this album is a musical picture of the 21st century; a cold, soulless decade that doesn't hold much promise but we have to fight in order to win.

Musically, the album is a nerve-striking onslaught where the band always had my attention, following every note as it moved and harmonised with the throat-wrecking death metal vocals. The great thing about melodeath bands is that their chord progression always varies from band to band while retaining elements of the respective musicians' influence and as mentioned above, hints of Iron Maiden can be heard in a unique guitar melody never heard elsewhere.

Production quality-wise, the album is well-produced without sounding too clean or sterile. A good melodeath producer always remembers that he is working on a metal release thus retains the extremities; heavy, punchy guitars that sound like a circular saw cutting pipes, ear-piercing solos and multiple hammers trying to hit nails into the pavement for drums. Creating a fusion of raw, untamed aggression and well-trained control; melodeath is sexy like that akin to my cute Pakistani high school crush who has that adorable eye structure of an owl.

Overall, this is a powerful album where the band clearly shows they had good musical influence; as visible in their instrumentals alongside genuine desire to touch the listener; make him feel the lyrics through the catchy and easily followed passages, overtures and solos. Like most modern melodeath bands, Zero Degree knows that filler is bad, therefore, every song is a masterpiece to itself. Finally, this up and comer combines best elements of their influences - dark tone of Dark Tranquility, aggression of As I Lay Dying and technicality of Iron Maiden and classic In Flames. 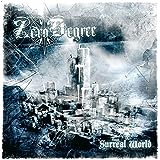