One of America's most romantic films and one of my favorites

I'd vaguely heard of this movie for several years but when I finally watched it I was completely smitten. I've watched it again and again.

Deborah Kerr and Cary Grant made this movie in 1957. It's still beautiful and a wonderful story. There are very few films that make my eyes seriously water and this is one of them. Every single time.

It's not just the story. This film is stylish, funny and more than a charming period piece. Oh, and the theme tune from the film - Our Love Affair - is hauntingly beautiful.

I'm no expert when it comes to acting but it seems to me that there is a special magic between Deborah Kerr and Cary Grant.

The original version, made in 1939, starred Charles Boyer and Irene Dunne. I've watched it and as regards the plot and dialogue it's very similar, but the sparkle isn't there.

The characters are an unlikely couple - a playboy and a nightclub singer. You shouldn't be sympathetic towards them but very soon, you are. Somehow you want this couple to succeed, to rid themselves of their former lives and be together. But will they? That suspense carries on throughout the film. Of course, Deborah Kerr is very beautiful and immaculately dressed - Cary Grant is wonderfully handsome and particularly debonair and that helps a lot too...

What a wonderful story - the synopsis

I imagine that most people reading this have seen this wonderful movie, but if not don't worry, this isn't a spoiler.

When Deborah Kerr (her character is called Terry) meets Cary Grant (Nicky) aboard ship, she is distinctly unimpressed. He is a well-know playboy and it's common knowledge that he's seriously involved with another woman. In fact, he is engaged to a wealthy socialite.

Terry herself is a nightclub singer and at first, a relationship between the two seems unlikely. However, on the voyage from Europe to the USA, the ship calls in at a Mediterranean port and Nicky takes Terry to meet his grandmother who lives there. Terry sees a new side of this man.

By the time the ship docks in the States, a romance is established. But it's not just Nicky who is involved elsewhere. And just to complicate matters even further, Nicky has revealed that his dearest wish is to be a painter.

He resolves to make a career from his painting and disentangle himself from his fiancée. Terry too has to sort out her life before they can continue their affair so the pair agree to meet in six months time.

Will they have rearranged their lives so that they can be with each other?

For the few people who haven't seen this film, I'm going no further. You'll have to see the film to find out. Be sure that you have several handkerchiefs at the ready...

Listen to the theme

Goosebumps time! I mean it. Not long ago I was in the bedroom getting changed and this fabulous movie started on the television in the lounge. As soon as I heard the first bars of this lovely melody that was it ... instant goosebumps.

A must for your collection

I have this film in our small collection. I love classics and this is one I can watch time after time. As soon as I hear the intro music, I know that I'm going to spend a happy hour or so watching this movie.

Every time I watch this it I love the way that Deborah Kerr is so stylish. I previously knew of her only from The King and I and didn't realize just how stylish she could look. The costumier was Charles Le Maire and there are also jewelry designers credited for the movie. It's easy to achieve the glamorous Affair to Remember look simply by shopping online. 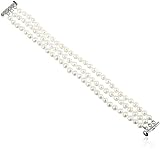 I've no idea why no-one makes that wonderful dress these days. I suppose it's copyrighted, trademarked,or whatever happens with clothing. But you can recreate the look.