Mood Music for the Season!

Do different seasons of the year or of your life make you feel different ways? I'm sure they do. Many composers have written about feelings they have felt during autumn seasons in their lives. Along with the rainbow of changes in the amazingly beautiful deciduous trees, there is also a colorful spread of emotions and styles in music related to the fall. I've searched out quite a few in many musical genres - some make me feel reflective, moody, relaxed, tired, renewed, delighted, and other feelings! I found it really interesting how when comparing songs of the summer with songs of the fall that the overall tone is very different no matter what the style of music or time period it was written. I've tried to divide the songs and instrumental pieces into categories so you may find something you enjoy. (I'm not sure if everything is categorized correctly though since some cross the lines of more than one style.) I would love to hear about songs of autumn that have touched you. Leave me a message below. If you know of one that you would like to see, let me know and I will search for it for you.

Special Thanks for the Clip Art Graphics from: WPClipart and Lee Hansen Graphics!

"Autumn" from The Four Seasons by Antonio Vivaldi

"The Four Seasons () is a set of four violin concertos by Antonio Vivaldi. Composed in 1723, The Four Seasons is Vivaldi's best-known work, and is among the most popular pieces of Baroque music. The texture of each concerto is varied, each resembling its respective season. For example, "Winter" is peppered with silvery staccato notes from the high strings, calling to mind icy rain, whereas "Summer" evokes a thunderstorm in its final movement, which is why the movement is often dubbed "Storm."

The concertos were first published in 1725 as part of a set of twelve concerti, Vivaldi's Op. 8, entitled 'Il cimento dellarmonia e dell'inventione' (The Contest between Harmony and Invention). The first four concertos were designated Le quattro stagioni, each being named after a season. Each one is in three movements, with a slow movement between two faster ones. At the time of writing The Four Seasons, the modern solo form of the concerto had not yet been defined (typically a solo instrument and accompanying orchestra). Vivaldis original arrangement for solo violin with string quartet and basso continuo helped to define the form." ~ Wikipedia

"The Seasons, Op. 37aTchaikovsky research.net (also seen as Op. 37b; published with the French title Les Saisons) is a set of twelve short character pieces for solo piano by the Russian composer Pyotr Ilyich Tchaikovsky. Each piece is the characteristic of a different month of the year in the northern hemisphere. The work is also sometimes heard in orchestral and other arrangements by other hands. Individual excerpts have always been popular - Troika (November) was a favourite encore of Sergei Rachmaninoff, and Barcarolle (June) was enormously popular and appeared in numerous arrangements (for orchestra, violin, cello, clarinet, harmonium, guitar and even mandolin)." ~ Wikipedia

August: Harvest by A. Koltsov

The harvest has grown,

people in families cutting the tall rye down to the root!

Put together the haystacks,

music screeching all night from the hauling carts.

The horns are sounding!

The hunters in their hunting dress are mounted on their horses;

in early dawn the borzois are jumping.

Autumn, falling down on our poor orchid,

the yellow leaves are flying in the wind.

In your loneliness do not look at the road,

and do not rush out after the troika.

Suppress at once and forever the fear of longing in your heart.

~ The American songwriter Johnny Mercer wrote English lyrics in 1947 and Jo Stafford was among the first to perform this version. Autumn Leaves became a pop standard and a jazz standard in both languages, both as an instrumental and with a singer.

~ On December 24, 1950, French singer Edith Piaf rendered both French an English versions of this song on the radio programme The Big Show, hosted by Tallulah Bankhead. The Melachrino Strings Conductor: George Melachrino recorded a version in London on August 18, 1950. It was released by EMI on the His Master's Voice label as catalogue number B 9952.

~ The film Autumn Leaves (1956) starring Joan Crawford featured the song, as sung by Nat King Cole over the title sequence. The French songwriter Serge Gainsbourg paid tribute to this song in his own song "La chanson de Prevert". ~ One of the most referred-to instrumental versions of this song is the one on the Cannonball Adderley album called "Somethin' Else" released in 1958, whose personnel included Miles Davis on trumpet, Hank Jones on piano, Sam Jones on bass, and Art Blakey on drums.

~ The song also crossed over in the club scene when dance act Coldcut recorded a version in 1994, the resulting remix by Irresistible Force became widely regarded a classic of the chillout genre.

~ It is the corps song of the Bluecoats Drum and Bugle Corps.

~ Several different versions by the famous jazz pianist Bill Evans are recorded on CD and, more importantly, are available in songbooks as note for note transcriptions, thereby providing the aspiring jazz pianist an excellent opportunity to expand his musical vocabulary." " ~ Wikipedia

Shine On Harvest Moon by the Hal Kemp Orchestra - 1929

""Autumn in New York" is a jazz standard composed by Vernon Duke in 1934 for the Broadway musical Thumbs Up! which opened on December 27, 1934, performed by J. Harold Murray. Several versions of the song have been recorded over the years by numerous musicians and singers, beginning with Frank Sinatra and Jo Stafford in 1947. Jazz versions have been performed by Charlie Parker, Billie Holiday, Stan Kenton, Sarah Vaughan, and Sheila Jordan. A duet of the song was also recorded by Louis Armstrong and Ella Fitzgerald. Among the instrumental performances of the tune is a legendary version by guitarist Tal Farlow." ~ Wikipedia

""Autumn Almanac" is a pop song, written by Ray Davies and recorded by the musical group The Kinks in 1967. "Autumn Almanac" has since been noted for being an "absolute classic"Charles, Paul. The Complete Guide to Playing Live. Omnibus Press, 2004. p.41., "a finely observed slice of English custom"Rawlings, Terry. British Beat, 1960-1969: Then, Now and Rare. Omnibus Press, 2002. p.112., a "weird character study"Brackett, Nathan. The New Rolling Stone Album Guide. New York: Fireside Books, 2004. p.460. and for its "mellow, melodic sound that was to characterize the Kinks' next musical phase..."Hardy & Laing, The Encyclopedia of Rock. Schirmer Books, 1988. p 253. Some have placed this and other Davies compositions in the pastoral-Romantic tradition of the poetry of Wordsworth, among others." ~ Wikipedia.

Forever Autumn by the Moody Blues - 1972

"Forever Autumn is a song by Jeff Wayne, Gary Osborne and Paul Vigrass. The original melody was written by Jeff Wayne in 1969 as a jingle for a Lego commercial. Vigrass and Osborne, the performers of the original jingle, added lyrics to the song and recorded it for inclusion on their 1972 album Queues. Their interpretation was also released as a single and gained moderate commercial success in Japan, selling more than 100,000 copies and becoming a top-20 hit on the country's record chart. The best-known version is the recording by Justin Hayward from the album Jeff Waynes Musical Version of The War of the Worlds." ~ Wikipedia

Autumn in My Heart

Those Autumn Memories by Versety

Change of Seasons by Equinox

Forever Autumn by Lake of Tears

So Fell Autumn Rain by Lake of Tears

Leaves Falling by Dead by April

The Last Day of Summer by The Cure

Autumn Leaves are Falling by Clannad

A Love So Beautiful by Michael Bolton - (Not an autumn song, but beautiful music and fall scenes!) 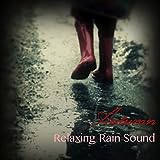 Do you have a favorite song about autumn? - I hope you found something you like. Thank you for visiting!