I love watching documentaries because I always learn something interesting. It might be about the ingredients in fast food, an incredible art collection in Central Pennsylvania or the strife of US soldiers in Afghanistan.

The introduction of inexpensive film-making technology has led to a proliferation of documentary films. Because they are so inexpensive to make, documentaries are usually easily accessible through free legal means on the internet, cable TV and other sources. The filmmaker usually wants to get their message out in front of a wide audience so these are mostly non-profit endeavors. However, there have also been some extremely successful for-profit documentaries, such as Bowling for Columbine and Exit Through the Gift Shop.

There are many great resources for watching documentaries for free on the web. Because they are usually about a topic that both the filmmaker and subjects want publicized, they are happy to give away their content to publicize the topic. Besides Netflix streaming which carries many top documentaries, one of the best sites for watching free documentaries is TopDocumentaryFilms.com.

And Now the Top 10 Best Documentaries Ever

The Original Rock Stars of the Half-Pipe

This top documentary movie was so compelling that they made a feature film about the Z-Boys called Lords of Dogtown and both are highly entertaining. The feature film was one of Heath Ledger's last movies and he is outstanding in the film. I suggest you watch the documentary first as it provides a more in-depth analysis on the history, economic backdrop and characters that make up the Z-Boys.

The Z-Boys were the surf team for Zephyr Surf Shop in Venice Beach, CA and they invented modern-day skateboarding after urethane wheels were introduced in the early 1970s. During a severe recession, with lots of empty houses (and swimming pools), the Z-Boy began sneaking into backyards and skateboarding the empty pools, which later evolved into today's "half-pipe" competitions. However, what really made this documentary film compelling are the main characters, Stacy Peralta, Jay Adams and Tony Alva, and their divergent paths in life.

Orson Welles Explores the Line Between Art and Forgery

In his last directorial effort, Orson Welles directs and stars in this documentary that explores forgeries, fakes and frauds, including his own fake radio broadcast about an imaginary alien invasion. His primary subject is Elmyr De Hory, who made his living forging Picasso masterpieces. But his exploration also looks at biographer Clifford Irving, whose famous fake autobiography of Howard Hughes set off a maelstrom of protest.

While weaving the tale, Welles plays a few tricks of his own on the audience. This is an intriguing documentary movie providing a view into the art of forgery and forgery of art.

As only he can do it, Michael Moore focuses the spotlight on the US health care industry and health maintenance organizations (HMOs) in this documentary film. Along the way, he compares the US HMO to the nationalized health plans in Canada, UK and France. He interviews patients and doctors and discusses cost, quality of care and health salaries.

The story covers a wide range of health care topics including the formation of HMOs in the 1970s under President Nixon and also why President Clinton's reform effort failed in the 1990s. As always with a Moore documentary, we come away much more informed but with lots of unanswered questions to continue the debate.

Ever Wonder What Inspired Madonna's Vogue?

This is an excellent film documentary that is both an art documentary and a social commentary. The story is a behind the scenes look at the "drag balls" in New York City during the 1980s. And yes, these fashion obsessed drag queens did invent "voguing".

The movie also explores the storyline behind many of its stars and ventures into the world of drug addiction and aids among this largely poor underclass community of dancers. However, it is mostly a celebration of a movement and an art form invented by these free spirit New Yorkers.

The Life of a Hollywood Legend

This top documentary movie follows the life story of Robert Evans, a long-time head of Paramount Pictures. Evans started as an actor and later moved in to Producing and ultimately took over management of the studio. During his tenure, the studio released such legendary films as The Godfather, Chinatown, Love Story, Rosemary's Baby and The Odd Couple.

Sometimes life is even stranger than fiction and while he produced great films, his life also played out like a Hollywood script. During Evan's career, he suffered a failed marriage to Ali McGraw, a cocaine bust and rumored involvement in the Cotton Club murders. This documentary is an interesting story with the backdrop of Hollywood as the set.

This has been a Banksy Production...

Banksy was a mythical, underground graffiti artist before this 2010 documentary film. He had become an international sensation with the advent of Youtube, but was utterly reclusive and only a few people knew his true identity. However, this film changed all that. The documentary is the story of a persistent amateur filmmaker, Thierry Guetta, documenting the graffiti artist underground who stumbles upon Banksy and begins documenting his work.

However, along the way the tables are turned completely upside down when Thierry parlays his relationship with Banksy into a crazy graffiti "career" of his own. Ultimately, Banksy takes over the documentary movie project and takes a hard-edged look into art form that he helped popularize. It is a fascinating film with unexpected twists and turns that keep you mesmerized throughout.

If you liked the movie, you should check out Banksy's Official Website. Its very cool.

The Film that Started it all for Moore

In his directorial debut, Michael Moore follows General Motor's CEO, Roger Smith, around Michigan like a pitbull on a pork chop. With his unassuming manner and his comedic wit in posing questions, Moore entertains us as he tries to get to the bottom of why GM closed a plant in Flint, MI, that resulted in the loss of 30,000 jobs.

To complete this documentary, Moore sold his house, held yard sales and organized bingo games. Ultimately, he was able to get it completed and launched a fantastic career producing some of the best documentaries ever. This is the film that started it all and is a must see if you like Moore's work.

If you enjoyed Roger and Me... - You should also check out

Slacker Uprising
in 2004, Michael Moore went on a 62-city tour to persuade non-voters to do their civic duty. This political documentary is the result.
Buy Now

This top documentary movie explores one man's journey through hell and back to complete his dream project, "Covan", a no budget short horror film. However, this is really a window into the American underclass and the trials and tribulation of living at or below the poverty line. But while that sounds serious, the movie is actually quite funny in the same way that we watch the show Cops to marvel at the crazy people and their crazy crimes.

Some films leave a lasting impression on you long after the viewing and Hoop Dreams is such a film. The documentary filmmaker, Steve James, decided to conduct a social experiment and film two talented, inner city hoops players as they entered high school and follow them through their graduation. He chose two kids, William Gates and Arthur Agee, who were recruited to play at St. Joseph's High School in Westchester, IL, an elite basketball high school that produced Isiah Thomas and more recently, Evan Turner.

However, at its core this top documentary film is a glimpse into the deep psyche of inner city boys, many of which place all their chips on a bet with incredibly long odds - playing for a professional sports franchise. It also exposes life in the inner city and the incredible obstacles that kids face to stay out of trouble and off of drugs.

If you enjoyed Hoop Dreams... - You may also like The Street Stops Here 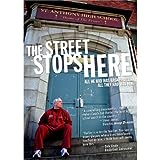 The Street Stops Here
The amazing story of Bob Hurley, Sr, who has coached St. Anthony's in NJ for over 35 years. He has won over 24 state championships and saved hundreds of young men's lives on the mean streets of Jersey City.
Buy Now

I remember coming out of Bowling for Columbine more confused than going in, about the root cause of violence in the US. I went into the film with one notion but that notion was turned on its head and left me questioning all of my assumptions about school violence. That is the genius of Michael Moore. He starts us down a path and slowly enlightens us with other possibilities that expand our total perspective.

This is a must see documentary for anyone living in the US. Not because of any political or social message but rather because of the questions it asks about our children, violence, guns and our entire national ethos.

If you were moved by Bowling for Columbine... - You should also watch Why We Fight

Why We Fight
This political documentary surveys a half-century of military conflicts, asking how - and answering why - a democratic nation relies on an Orwellian state of constant war to survive.
Buy Now

Vote for the Greatest Documentaries

Which of the top documentaries is your favorite (including a few not mentioned here)?

Give us your thoughts on the Top Ten Documentaries lens.